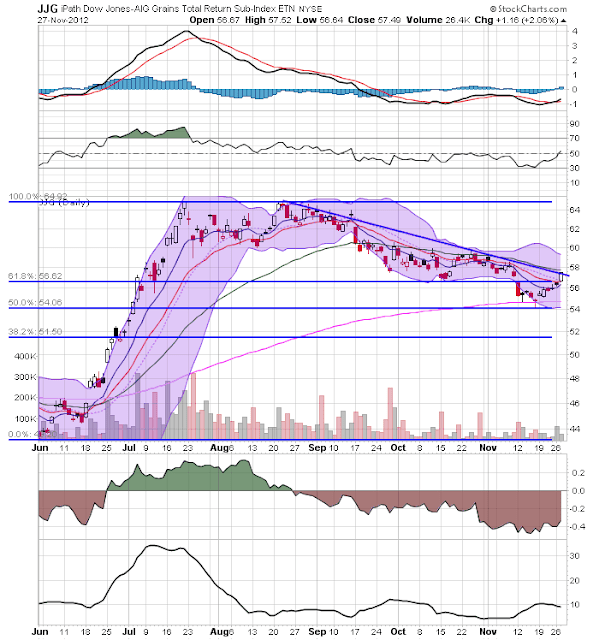 The grains complex has rallied from the 200 day EMA into resistance.  Prices spiked in the early summer, but have been drifting lower since.  The underlying technicals aren't pointing to a big move higher; the CMF is negative, and while the MACD has given a technical buy signal, it's still negative and moving sideways. 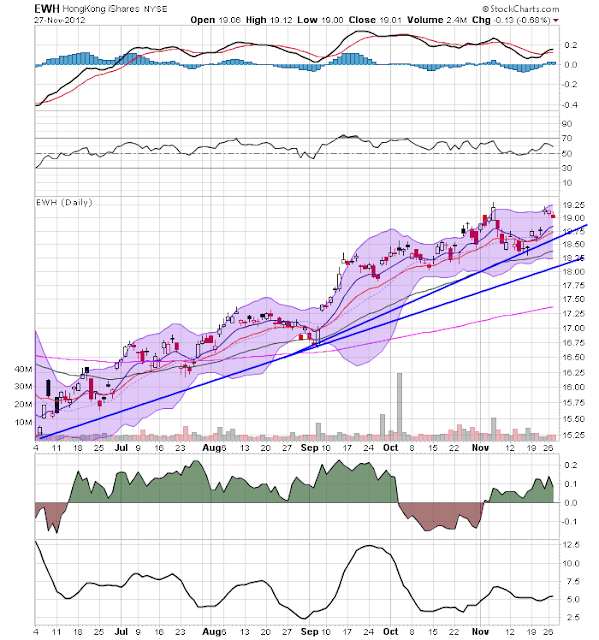 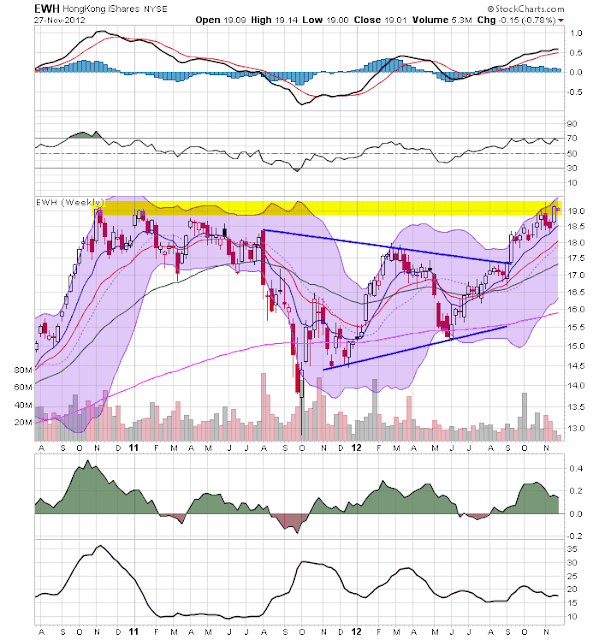 The daily Hong Kong market (top chart) shows a very strong rally that has lasted for the entire six month period.  The weekly chart (bottom chart) shows that prices have broken through upside resistance and have rallied to near a two year high. 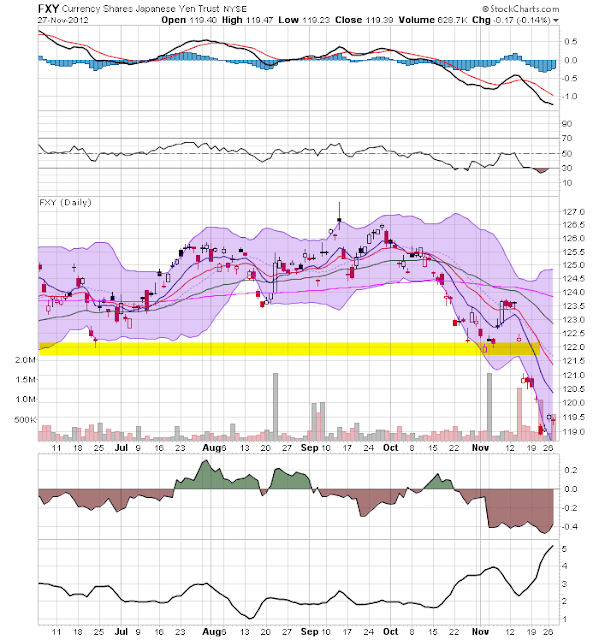 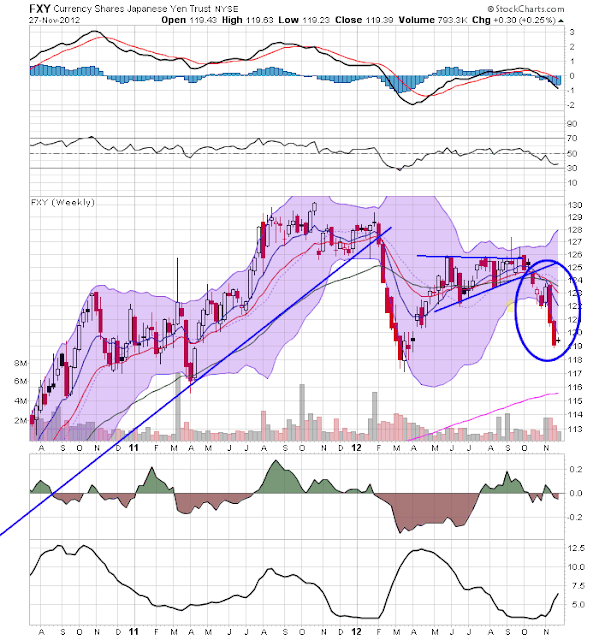 The daily yen chart (top chart) shows the yen broke through support at the 122 level a little over a week ago and has been dropping sharply since.  The underlying technicals are all negative -- the MACD is dropping and below 0, the CMF is negative and all the EMAs are moving lower.  The weekly chart (bottom chart) shows prices are dropping sharply with a negative MACD.  Prices can ride the lower Bollinger Band down to the 200 day EMA. 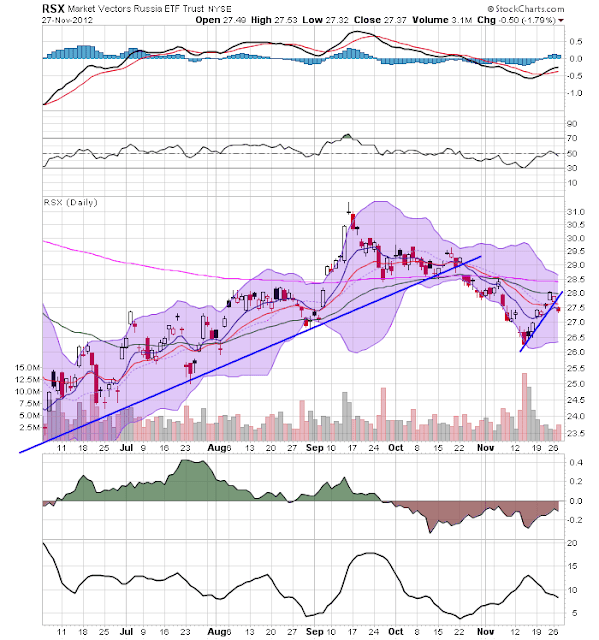 The Russian market -- which broke trend in late October -- was in a counter-trend rally for the last week or so.  However, after hitting the 50 day EMA, prices broke the trend line yesterday and are now below all the EMAs again.