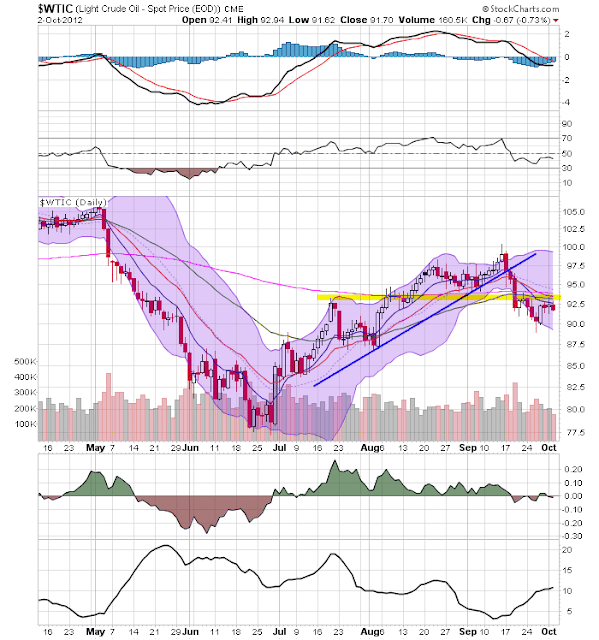 After breaking trend, oil has fallen below the 200 day EMA.  Notice that EMAs are now providing upside resistance.  Also note the shorter EMAs are below the 200 day EMA -- as are prices.  Momentum is declining, prices are relatively strong and volatility is increasing. The upsides here are geo-political while the downsides are economic. 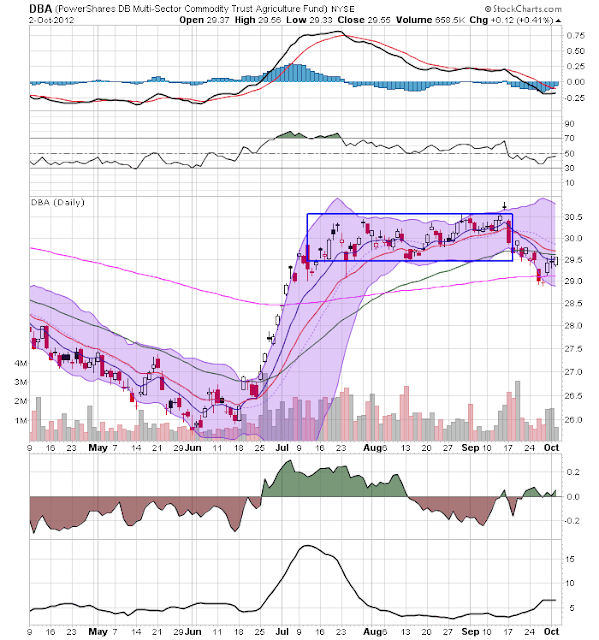 After spiking in July, agricultural prices consolidated sideways -- above the 200 day EMA and with declining momentum.  Over the last few weeks, prices have moved to test the 200 day EMA and bounced higher from it.  Also note the shorter EAMs are beginning to move lower.

The Australian Central Bank lowered interest rates earlier this week.  Let's take a look at the Australian currency and equity markets to see the impact. 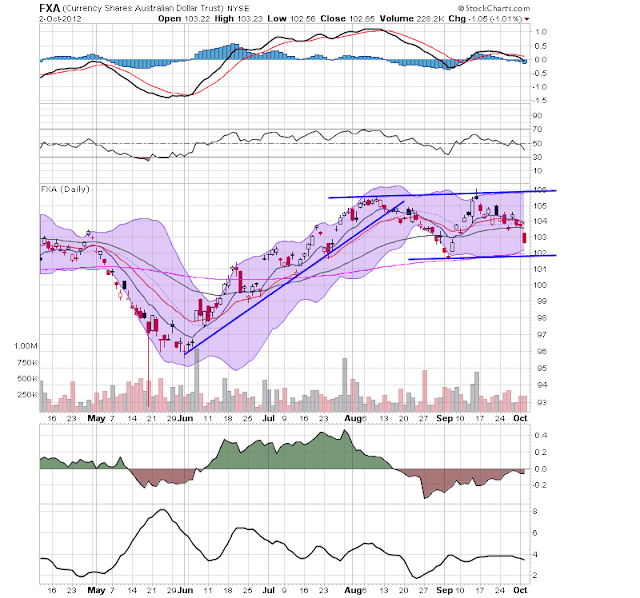 After breaking trend, the Australian dollar has moved sideways in a consolidation are between the 102 and the 105.5/106 level.  Prices took a decidedly downward turn after the announcement and are now heading for the 200 day EMA.  The big test will be the 200 day EMA/previous lows. 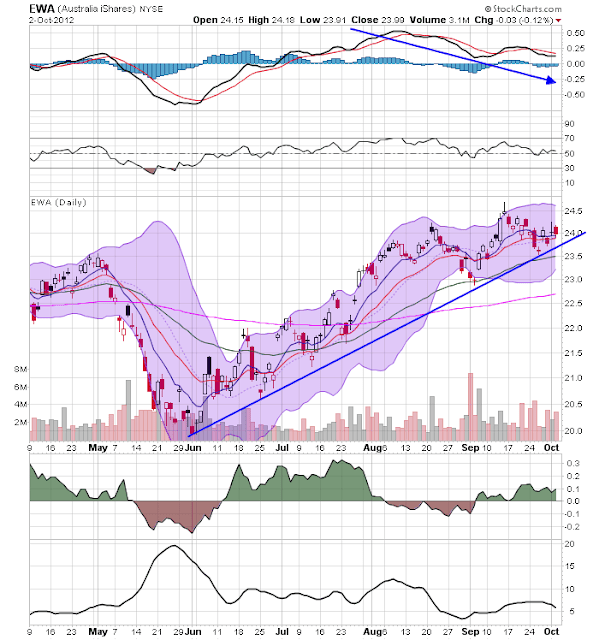 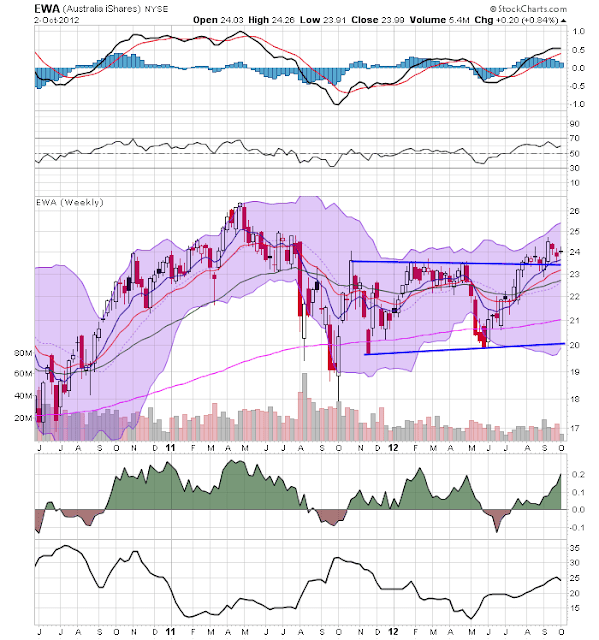 The top chart shows that the Australian equity market is in the middle of a decent, multi-month rally.  However, notice the declining MACD over the last two months, indicating the momentum is stalling.  And while the weekly chart (bottom chart) shows that prices have broken trough resistance, the weekly moves since the break-out have been week.  A lack of follow-through is always a concern when we see a decent break-out.