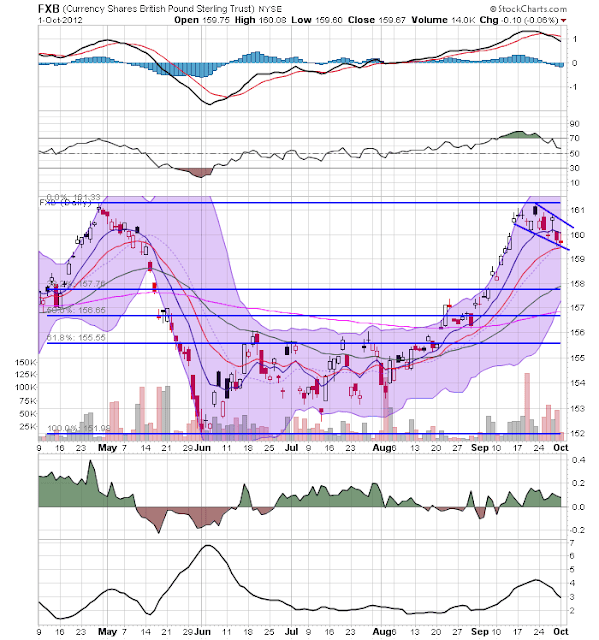 The British Pound has rebounded to late April levels, but has sold-off in a downward sloping pennant pattern.  This is a common sell-off development after a rally into a major resistance line.  The pound has rallied as part of the safety bid from the EU situation.  However, notice that momentum has given a sell-signal. 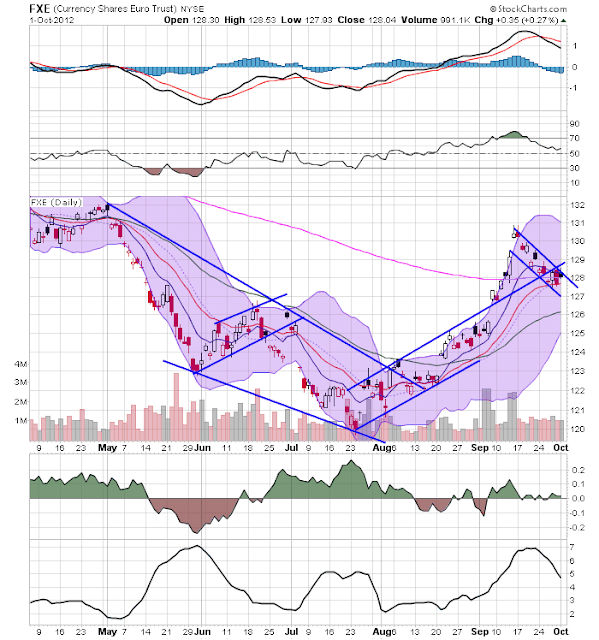 The euro started to rally in late July/early August as it appeared that the EU area was pulling itself together.  That rally has continued.  Now that euro is at the 200 day EMA.  The sell-off is standard. 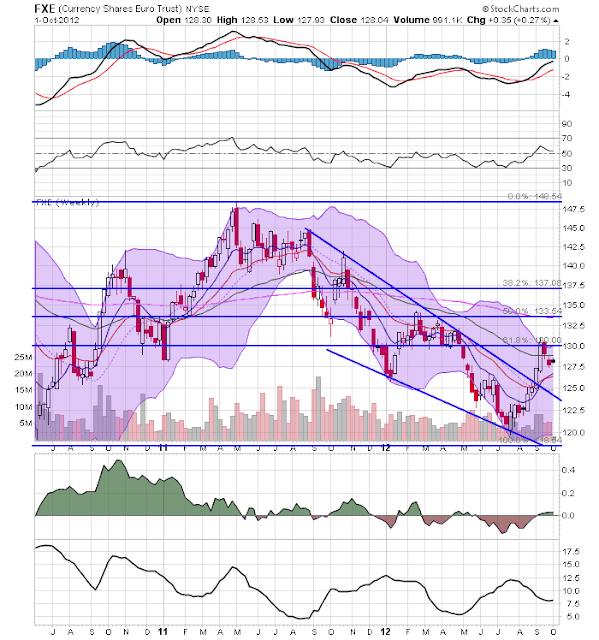 The weekly euro chart shows that prices have rallied to the 61.8% Fib line of the multi-year decline and then retreated -- again, another standard trading move. 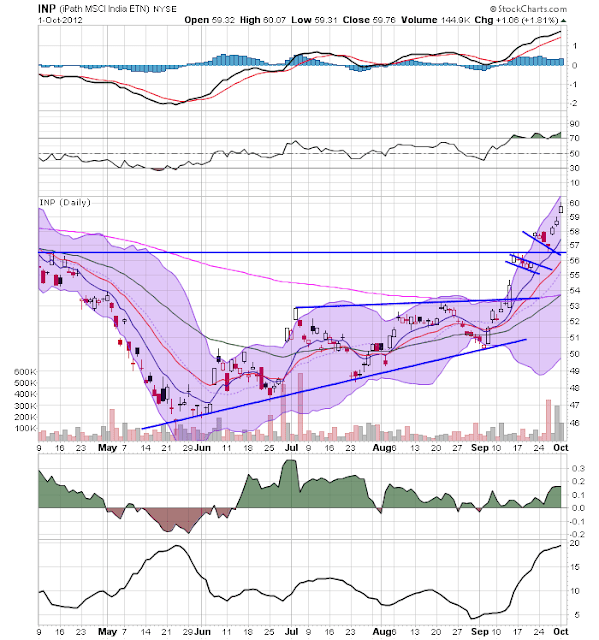 The Indian market is at a six month high,  The market consolidated losses in an ascending triangle formation from late May until mid-September.  Now prices have moved sharply through several important resistance levels.  Also note the strong underlying technical environment: the EMAs are rising, as is the MACD and CMF.  The volume spike over the last few trading sessions is also encouraging.