Hey all -- this is Bonddad.  First, a quick update.  Last Thursday I had my right hip resurfaced -- which is essentially hip replacement light. The doctor was very pleased with the surgery, so I have high hopes for a 100% recovery when this is all over.  This is where being nutty about exercise really pays off.  But, it will take awhile for the swelling to come down.  This week I'm working at about half speed, so the postings from me will be a bit lighter than usual, probably focusing on charts and some economic news as it comes in.  In addition, I'm going into the busy season for my job, so that's taking a ton of time as well.

That being said, let's take a look at some charts. 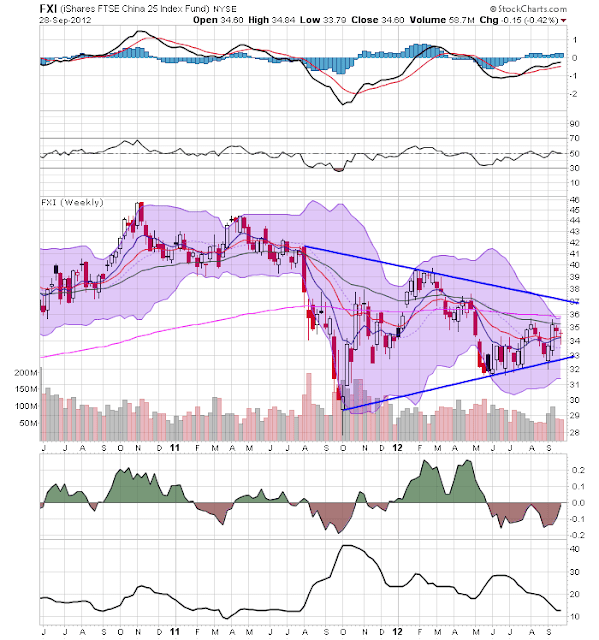 For me, the weekly Chinese market chart is really the key to a lot of what is happening in the world right now.  The EU is in recession and the US is clearly slowing, so China is (once again) where global growth will come from.  However, the weekly chart shows that prices are still consolidating, as traders try and discern if the Chinese authorities are going to step up and bring some stimulus into the market or now.  The point I'm trying to make is that until we get some strong equity growth from China, we're not going to see strong growth from anywhere else. 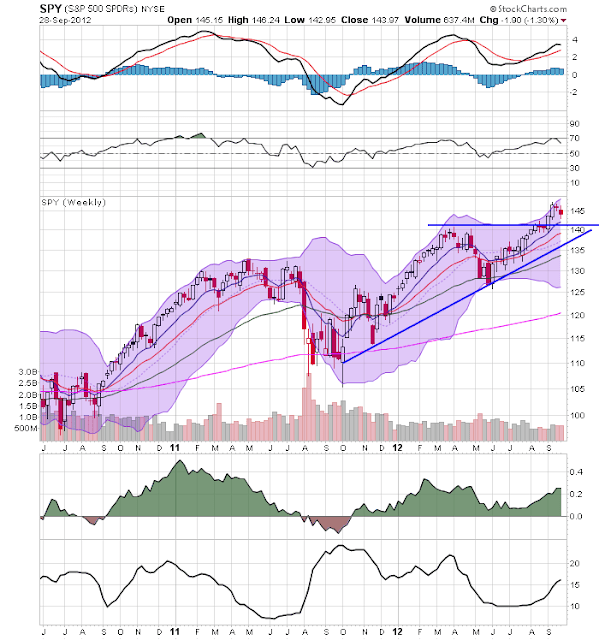 Although the SPYs have recently broken through resistance, they are now selling off a bit.  This is a standard move after breaking resistance, as traders take some profits and also reevaluate the reasons for the move higher.  I would expect a sell-off to either the 10 week EMA or the price level established earlier this year. 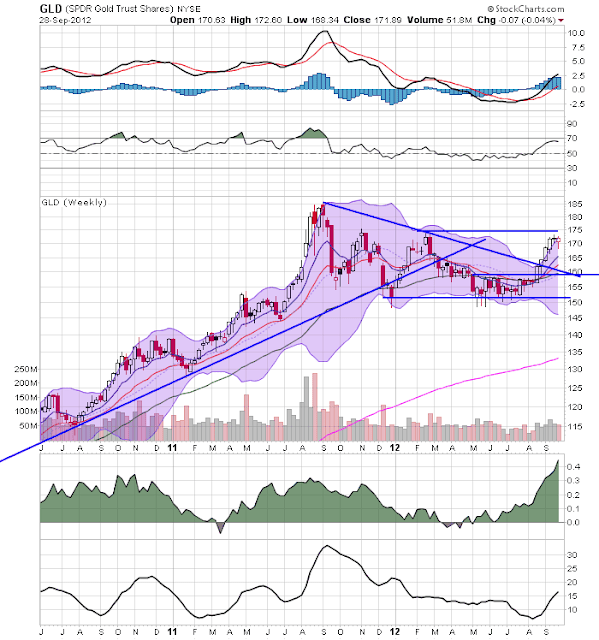 Ever since the loosening standards of three central banks (the US, EU and BOJ), gold has rallied.  After breaking through resistance, it has rallied to the top Bollinger Band and has stalled.  Again - this is to be expected after a quick move higher. 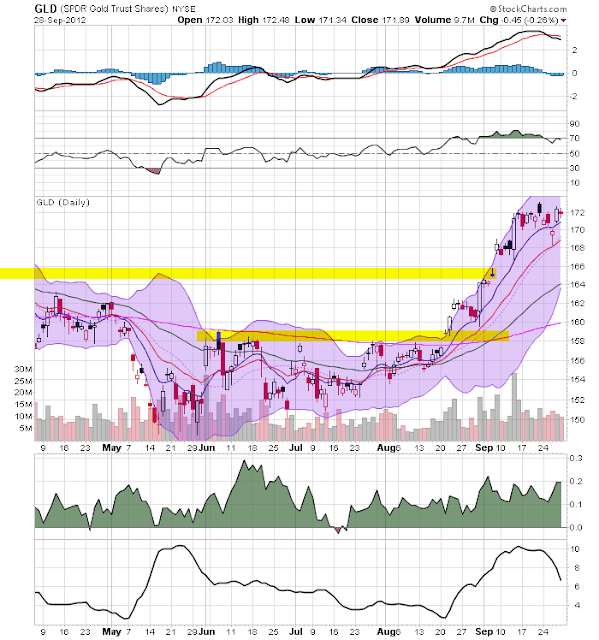 On gold's daily chart, notice that after rallying, prices really haven't sold-off in a major way, but instead are moving sideways, consolidating gains.  Prices are using the 10 and 20 day EMAs for technical support.  Also note the sell-signal given by the MACD. 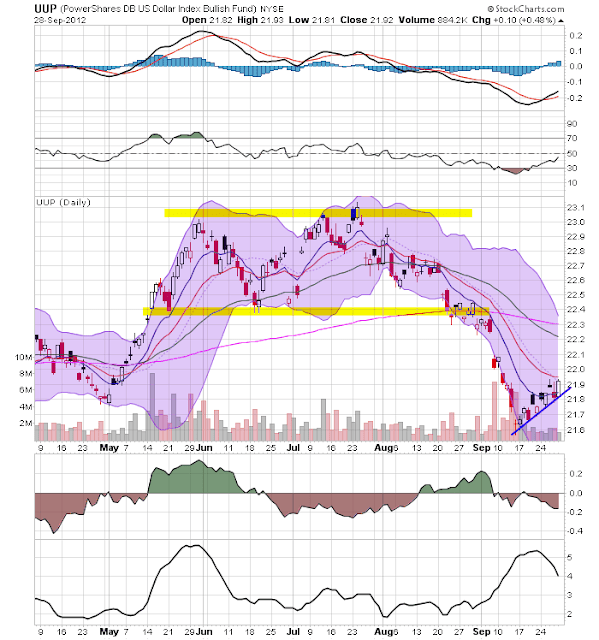 After falling to a 6-month low, the dollar rebounded over the last few weeks, and has now met upside resistance at the 20 day EMA.  This move is primarily technical, as traders are either covering short positions or some thought the dollar was under-valued.  But the Fed is now engaged in further monetary loosening, meaning there is tremendous downward pressure on the dollar.