Can You Have A Recession With Services Expanding?

Over the last few weeks, NDD and I have looked at the possibility of a recession.  I discussed it here and NDD discussed it here.  Menzie Chen over at Econbrowser weighs in here.  The general consensus is that the US economy is very weak, but there are too many net positives for the economy to enter a recession.  Let's add one more -- services, which account for a large percentage of the economy.  The latest ISM figures show:

Both activity and new orders increased at decent paces.  And, the overall number is strong.  Also consider that 12 sectors are expanding while four are contracting.  And, consider these anecdotal points:

All of those snippets are positive.  None say the economy is going gang-busters, but all state that things are moving forward.

Let's look at charts of the data: 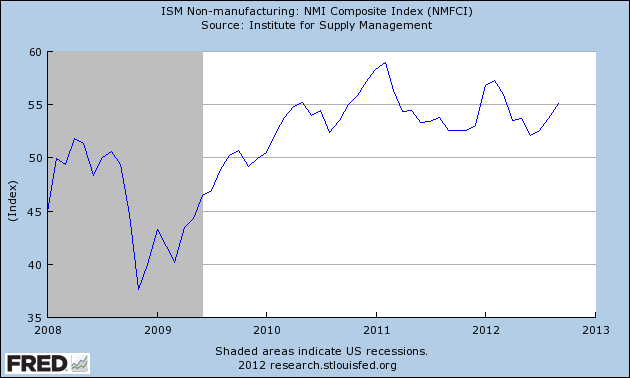 The overall index has been fluctuating around 55 for the last three years. 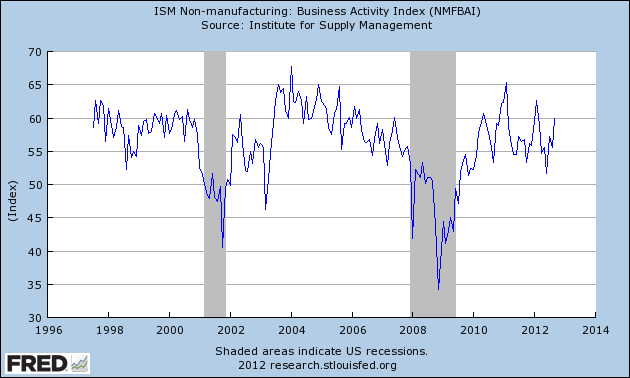 Overall business activity has been fluctuating between 55 and 60 for the last few years. 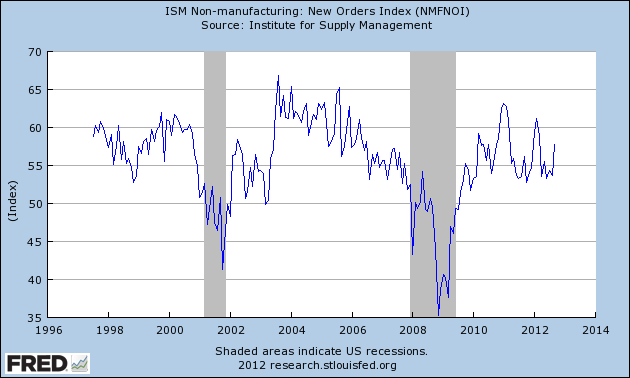 New orders have also been fluctuating between 55 and 60 for the last three years.

I still think we're in a period of weak growth, somewhere between 0%-2%.  I also don't think a quarter of negative growth is improbable.  But, I don't think a recession is in the cards right now.