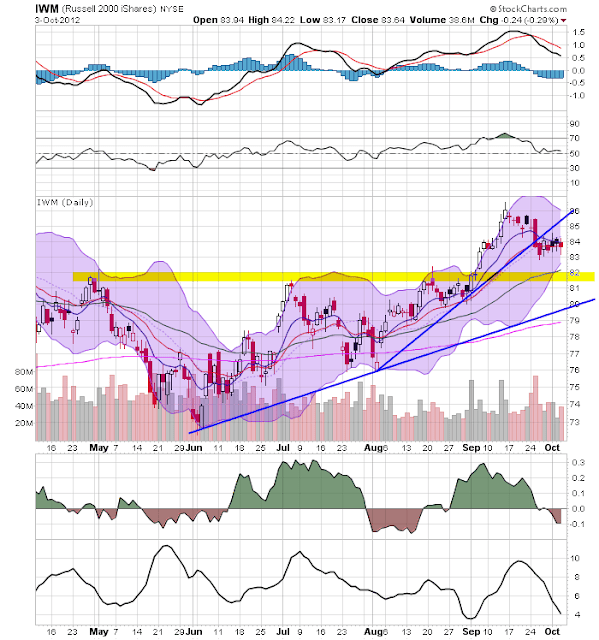 The IWMS -- which I use for a risk based capital proxy -- have broken an uptrend started in early August, but are still above the highs established in late May, early July and mid-August.  For the last week or so, prices have been based around the 84 price level.  However, notice the declining MACD and CMF, along with the weaker position of the EMAs. 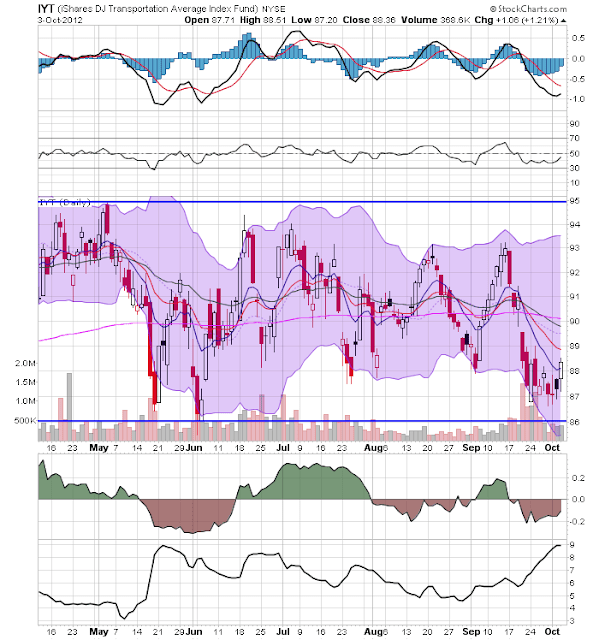 The transports are not confirming any type of rally for the markets.  Instead, we see that prices are trading in a horizontal fashion and have been for the last six months. 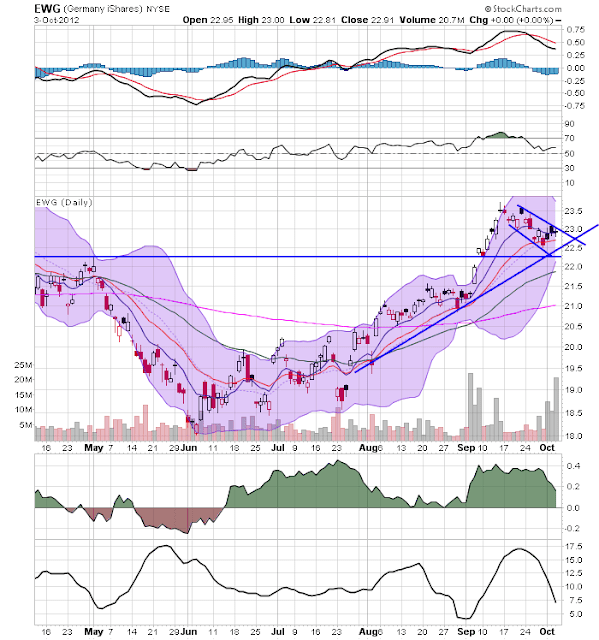 After rallying off its summer lows an breaking through six-month resistance, the German market is now consolidating in a downward sloping pennant pattern.  The shorter EMAs (10 and 20 day) are both moving sideways as well.  Also note the declining MACD.  This is a standard consolidation pattern for a market after a rally.  The key will be how the market holds the level associated with the hihgs established last April. 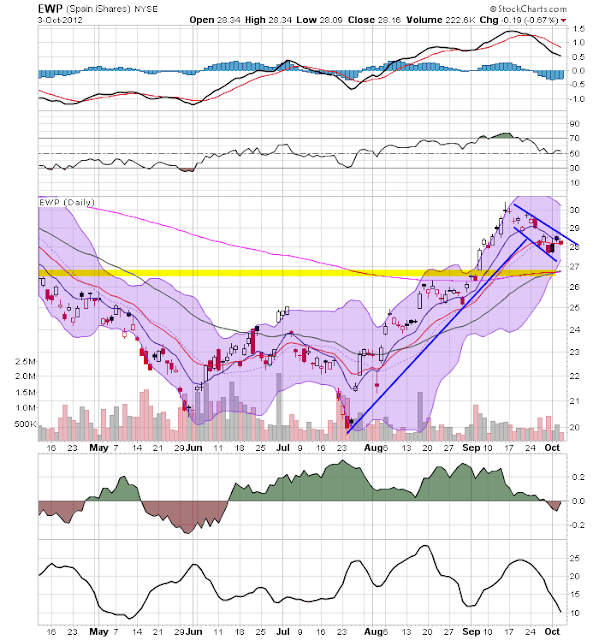 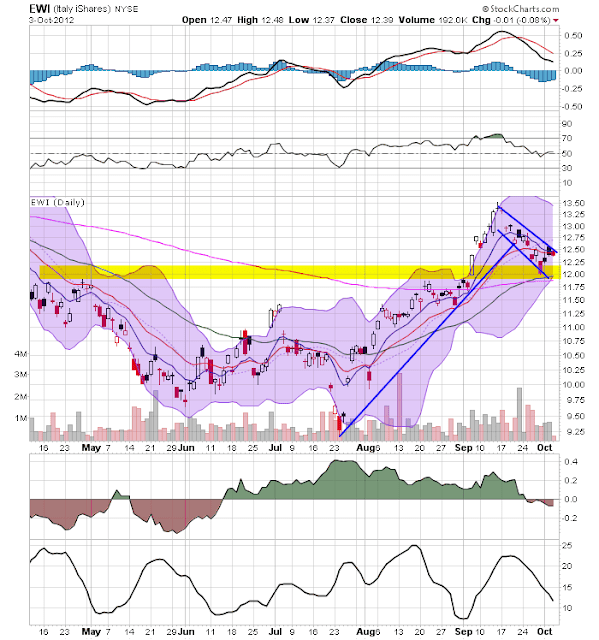 Notice that the Spanish (top chart) and Italian (bottom chart) markets both are similar to the German market.  While these two economies are in far worse shape, their respective markets tell us that traders have better thoughts for the future.