Let's look at the primary drivers of this slowdown: 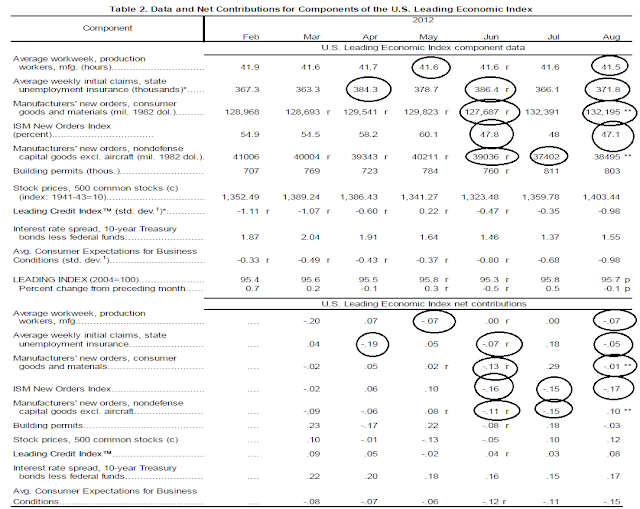 I've circled the big contributors to the slowdown.  There are two big problems. 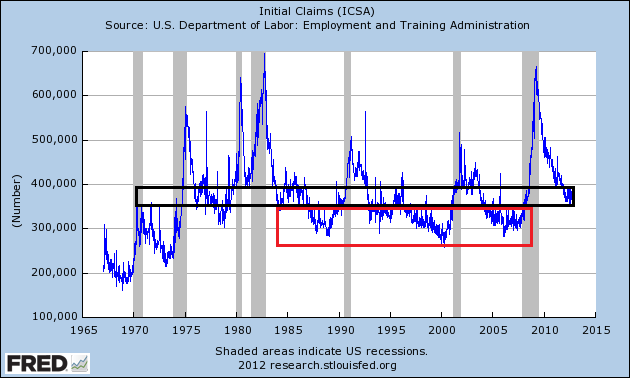 I've drawn a black rectangle around the current level of claims and a red circle around levels we're used to seeing in a recovery.  Notice that claims usually move down closer to the 300,000 level when the economy is healthy -- at least that's the level we saw in the 1980s, 1990s and early 2000s.  However, now we're seeing claims above 350,000 -- not a health sign. 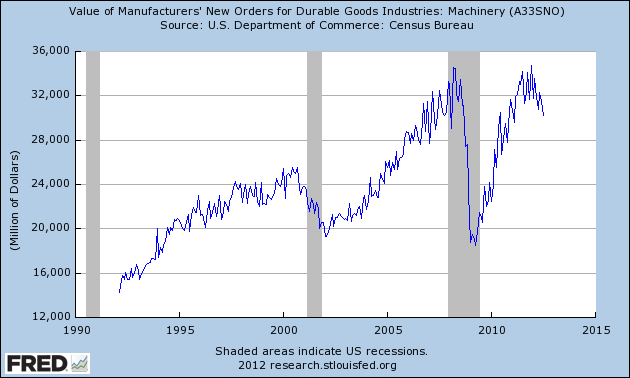 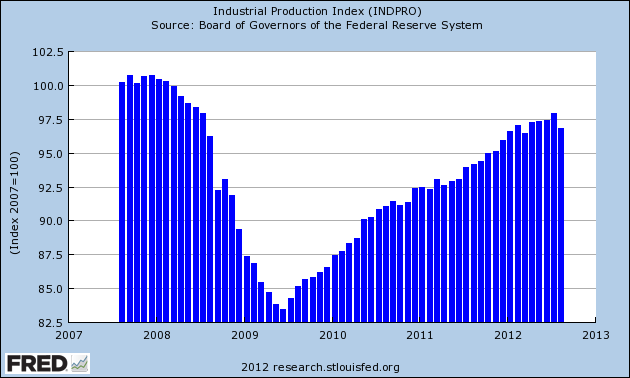 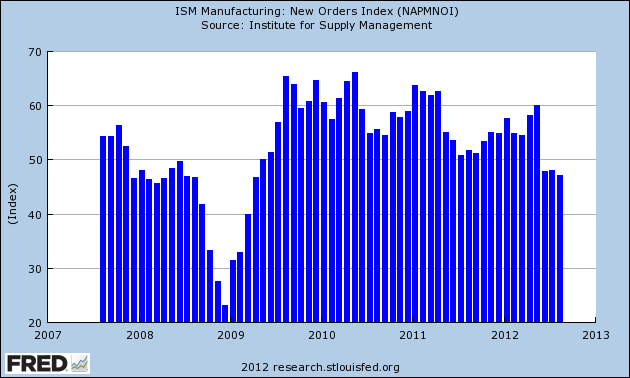 A lot of the reason for this manufacturing weakness is the EU's recession bleeding over into the US market.  But, regardless of the cause, it's not something we need to see right now.