Today, let's start with oil, taking a look at the charts along multiple time frames.

On the monthly chart, we see the spike to over 140 that led to the last recession and the subsequent sell-off.  However, for the last two years, oil has traded between the 38.2% and 61.8% Fib lines of those price extremes.  In addition, notice the relative drop in volatility over the lats two years as expressed by the narrowing Bollinger Bands. 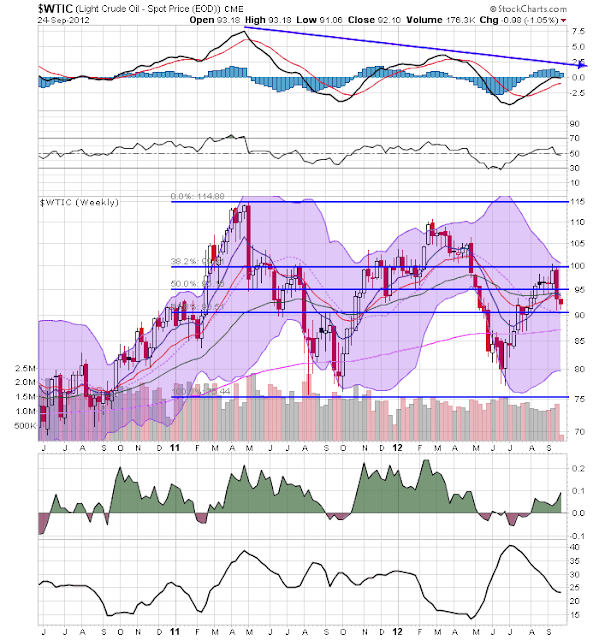 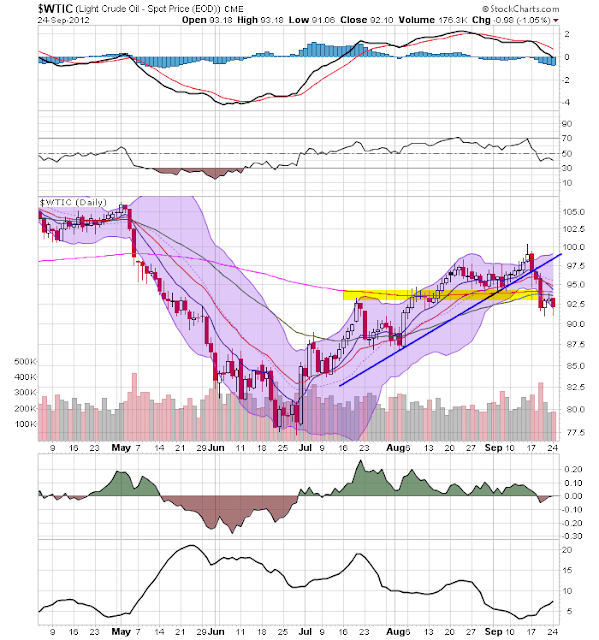 The daily chart shows that prices have broken lower, moving through the trend line started at the beginning of August.  Prices are not below the 200 day EMA, along with all the shorter EMAs.  Momentum is dropping and money is flowing out of the market.  The most likely move from here is lower. 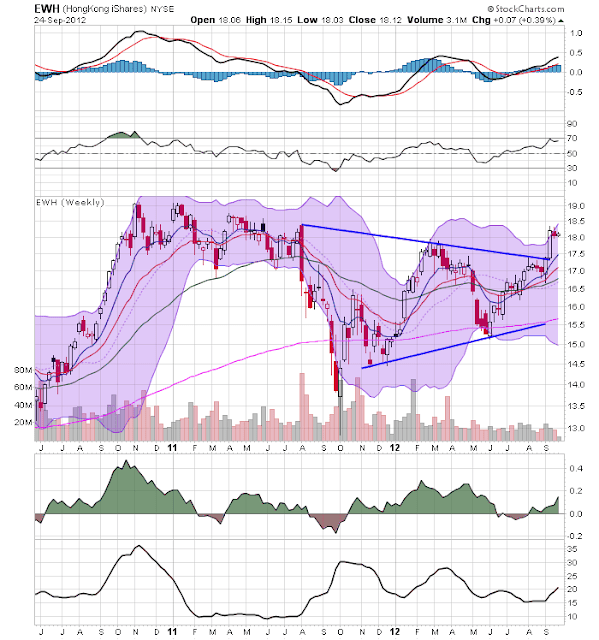 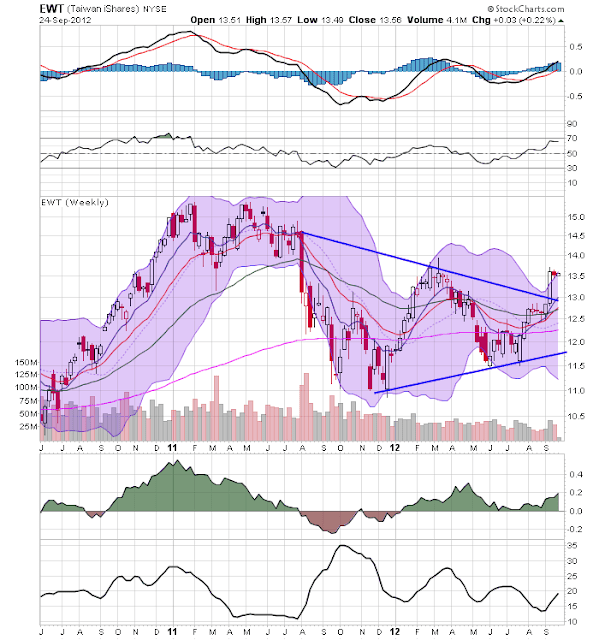 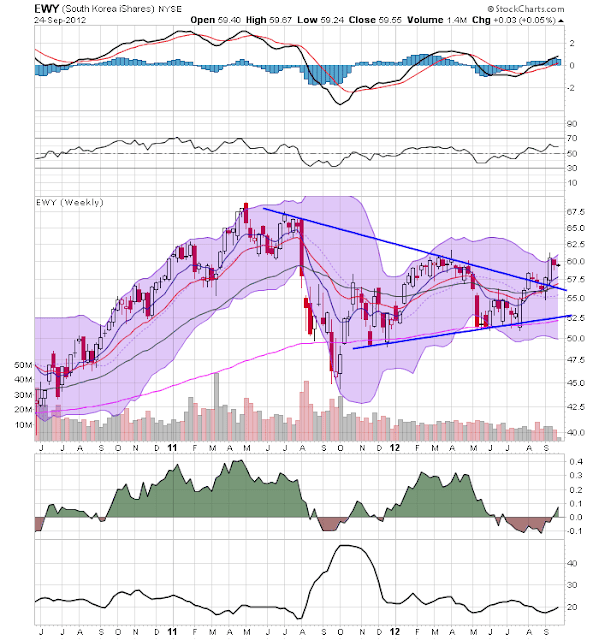 The weekly chart of three Asian markets -- Hong Kong, Taiwan and South Korea -- all broke about four weeks ago and have consolidated those gains.  Consolidation after a move higher is a good sign; it indicates that traders are consolidating positions.  The lack of a strong sell-off in any of these markets also bodes well for the future. 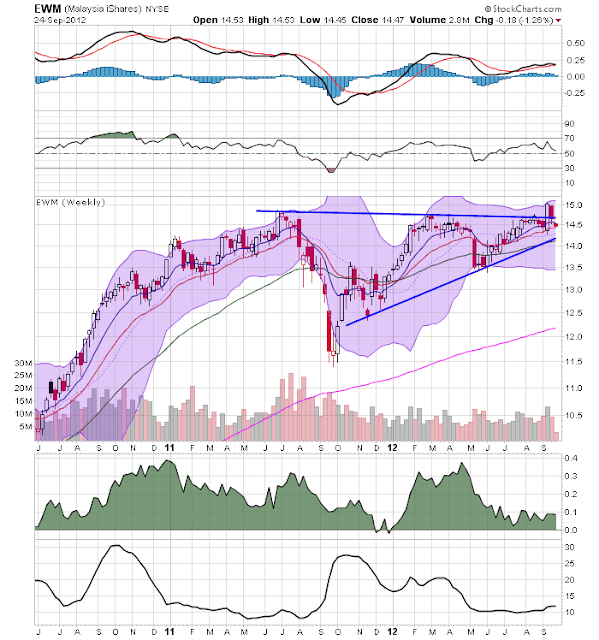 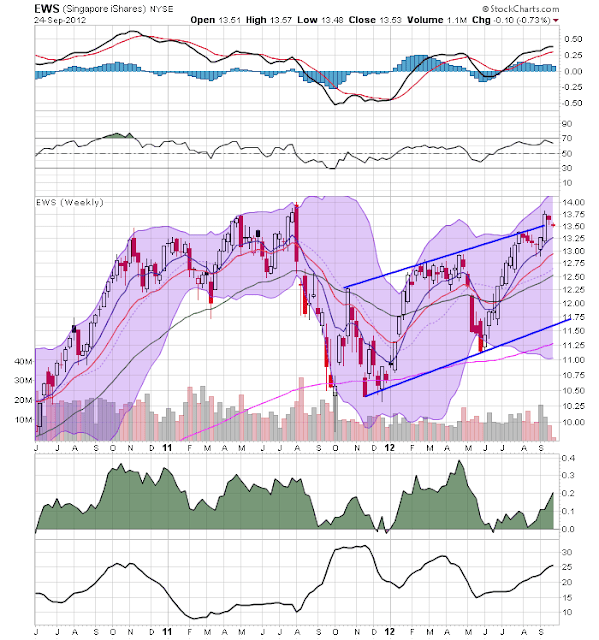 However, Malaysia and Singapore have rallied but fallen to support.

The mixed picture in the Asian markets is a bit concerning, as the weakness in the Malaysian and Singapore markets detracts from the strong gains we've seen elsewhere.
Posted by Unknown at 6:21:00 AM