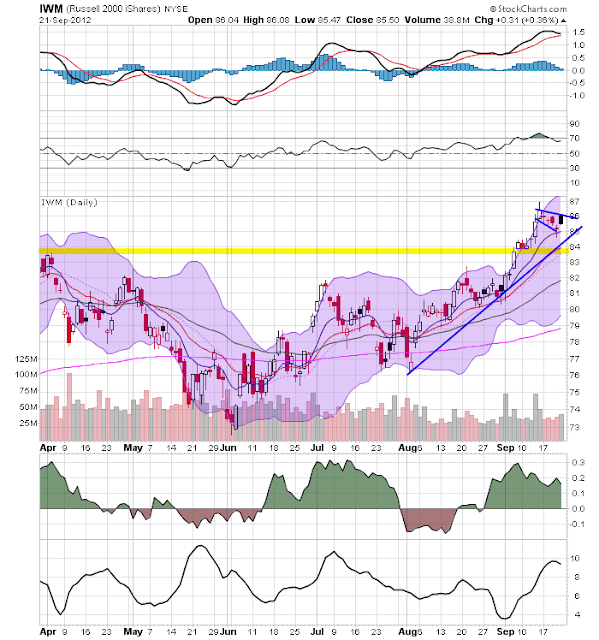 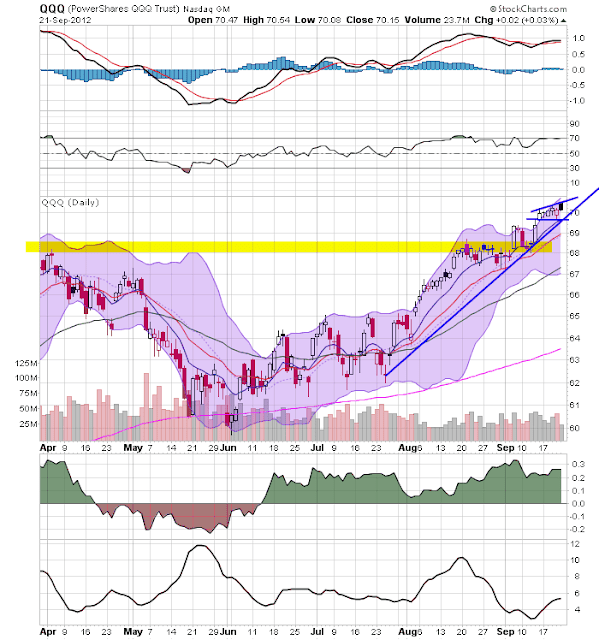 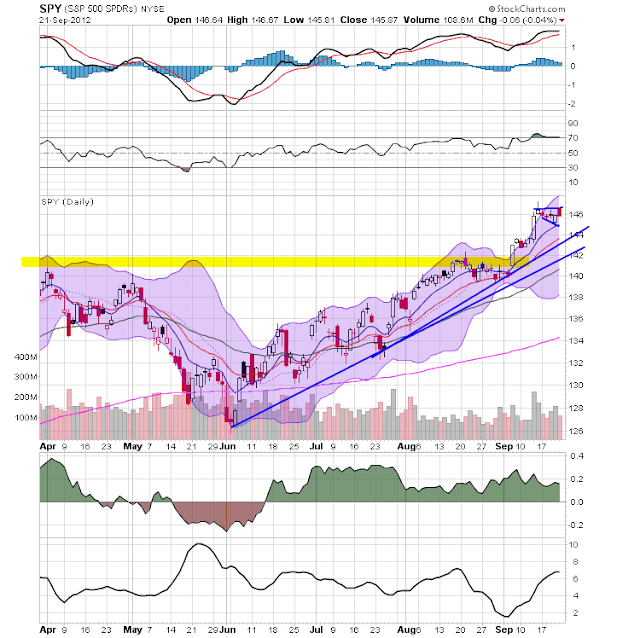 All of the major averages have broken through resistance established at the end of the summer and all consolidated gains last week.  We see a strong EMA picture -- the shorter EMAs are above the longer and all are rising; prices are using the EMAs for technical support.  However, note the weak MACD QQQ picture; it is moving sideways has has been moving sideways for about a month.  Also note the rise in potential volatility as evidenced by the rising Bollinger Band width. 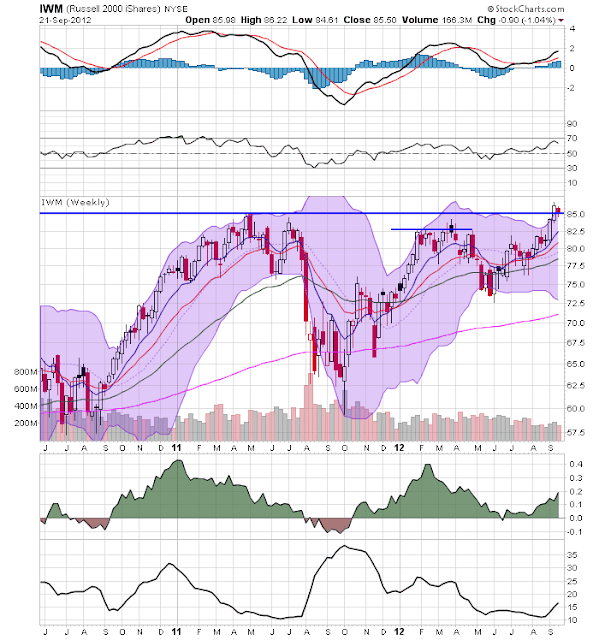 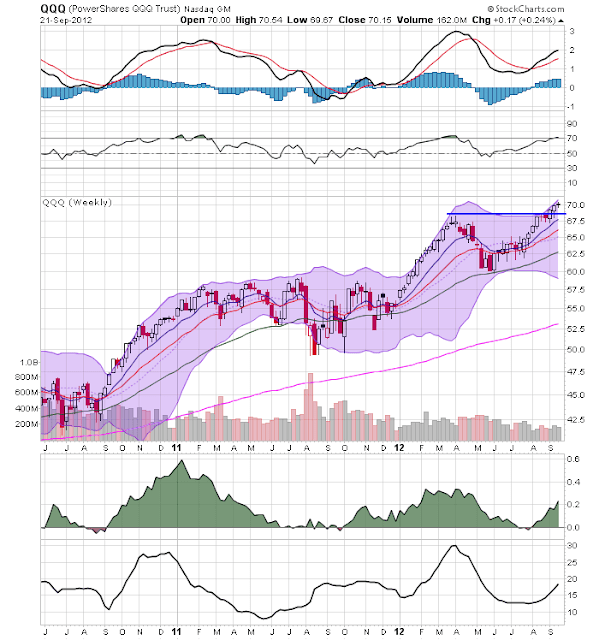 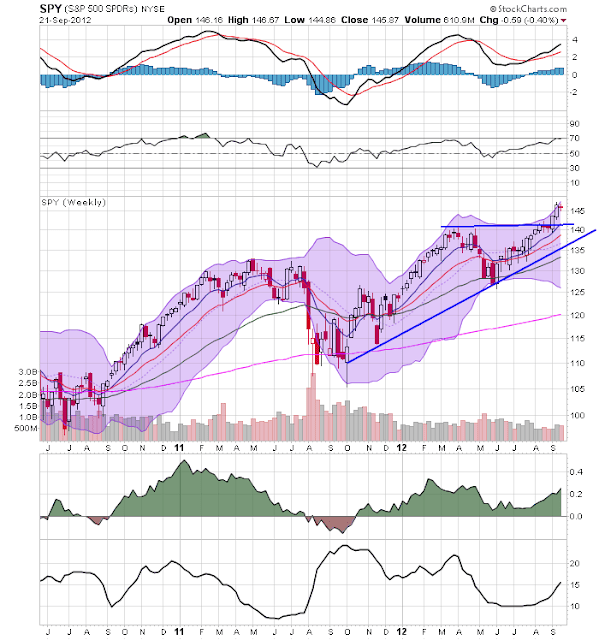 On the weekly charts, the SPYs and QQQs have moved through resistance, but the IWMs have retreated to levels established in the spring of 2011.  All three markets have strong, underlying technicals; we see rising MACDs and CMFs and strong EMA trends.  However, after breaking through resistance, it's standard practice for markets to at least fall back on some profit-taking and turn previous resistance into support going forward. 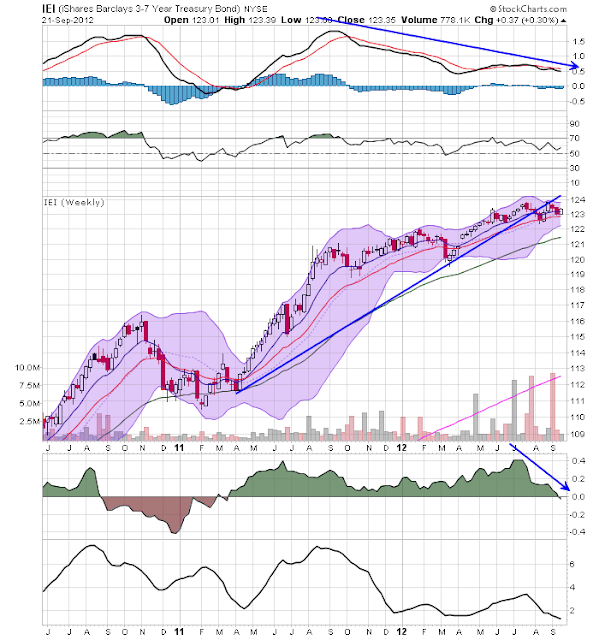 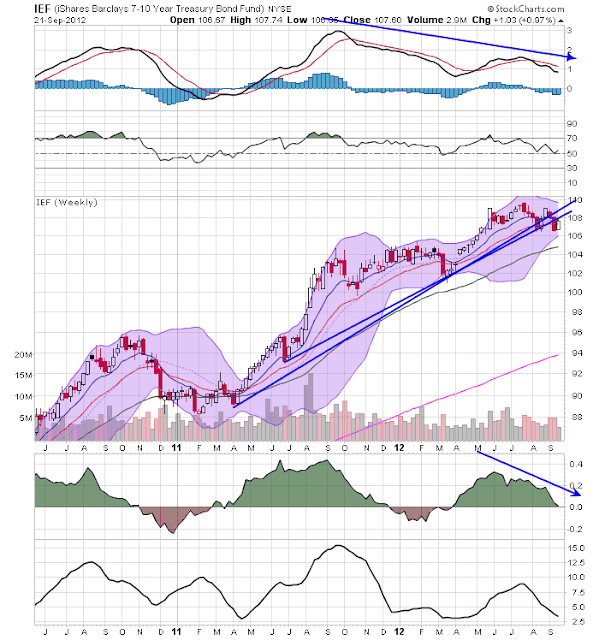 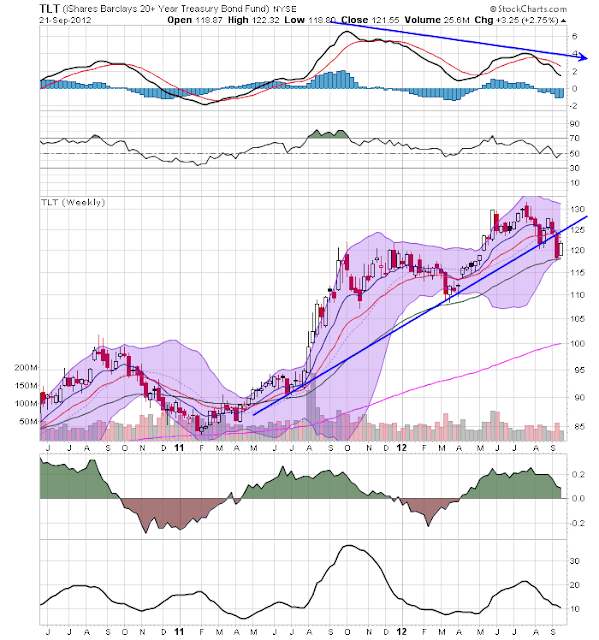 In addition to the rising stock market, remember that the weekly treasury charts are showing several markets that have broken through long-term support.  The most striking example is the long-end of the market (bottom chart), when fell to the 50 week EMA two weeks ago.  However, the 5-7 part of the curve (top chart) broke trend nearly two months ago, leading the charge.  Also note the declining momentum and CMF readings.