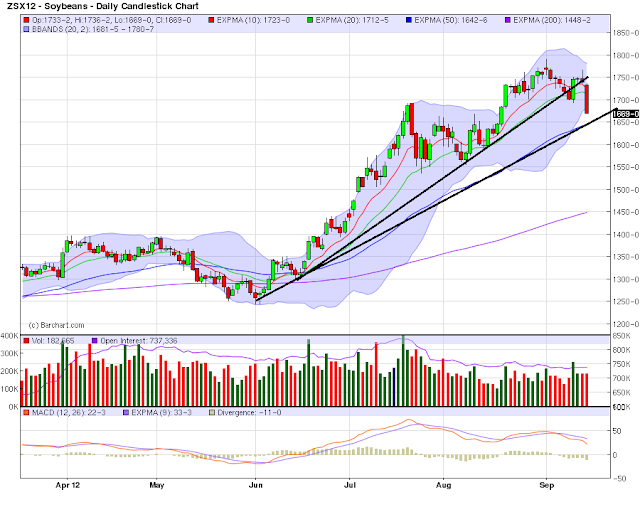 There are two support lines for the soy market.  The one which prices broke yesterday is the stronger of the two as it has more lows supporting it.  Also note the declining MACD (which has been declining for about two months), and the fact that prices broke the 10 and 20 day EMA. 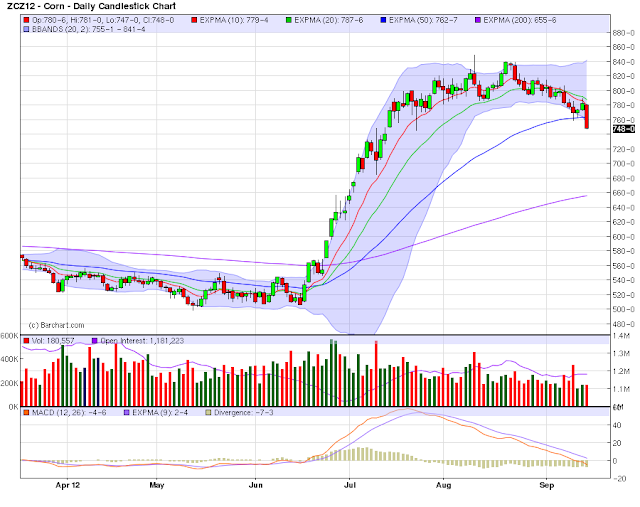 The corn market is rolling over.  Prices have been moving lower for the last month.  Yesterday, they broke through the 50 day EMA.  Also note the 10 and 20 day EMAs are moving lower and that the MACD has been declining for the last two months. 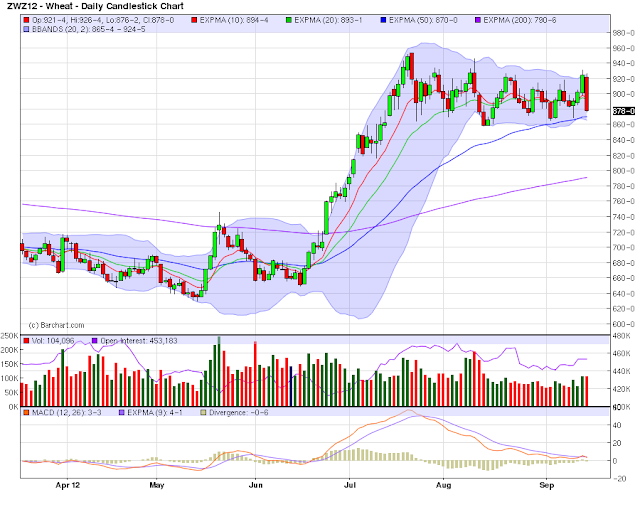 What is still consolidating in a sideways pattern and is now using the 50 day EMA as support.

The good news here is that grain prices may be moving lower. 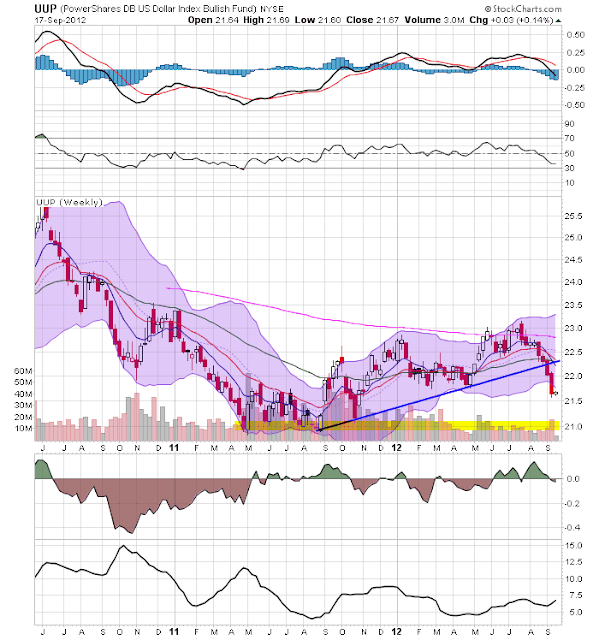 The dollar chart shows that prices are now below an important trend line, moving lower in response to the Fed's actions last week.  Prices hit the 200 week EMA over the summer and have been moving lower since.   Now we see the shorter EMAs moving lower as well.  The next logical price target is 21. 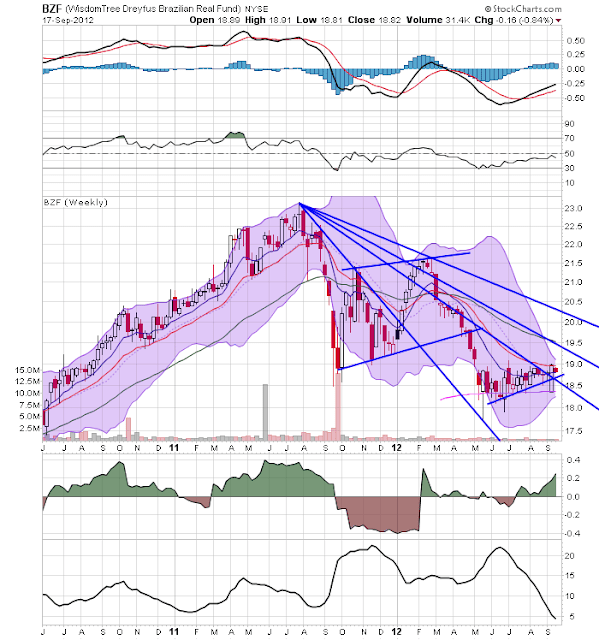 The Brazian real has traded with a slight, upward trajectory since the beginning of the summer.  This was after a fairly severe sell-off as markets realized that the Brazilian economy was slowing down.  However, now with more stimulus actions in place, the market is warming to the fact that the worst, at least. could be over.  But, there really isn't a reason to move a lot of money into this market yet.  While the bleeding has stopped, there are still fairly major problems for the economy to overcome. 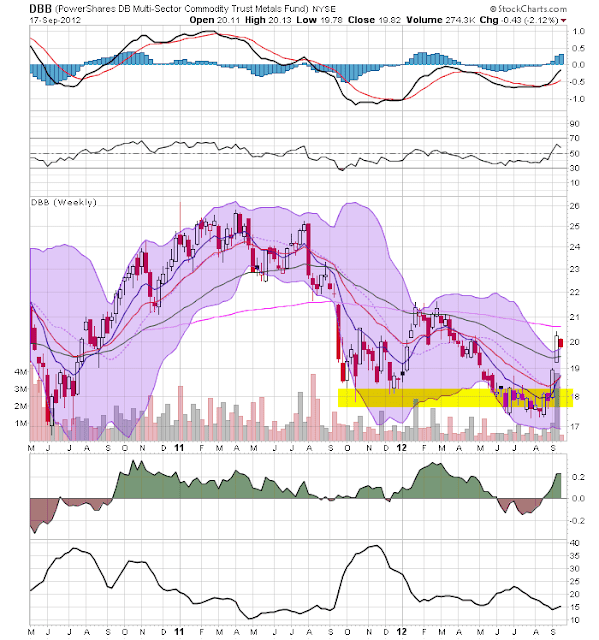 After bottoming just below the 16 price level, the industrial metals market has moved sharply higher.  However, moves of this severity are usually followed by a pullback as traders question the underlying reasons for the move -- and take profits.  Also note that there are strong fundamental reasons for traders to question this latest move -- we're seeing a broad-based slowdown in the manufacturing sector which is the primary consumer of industrial metal.