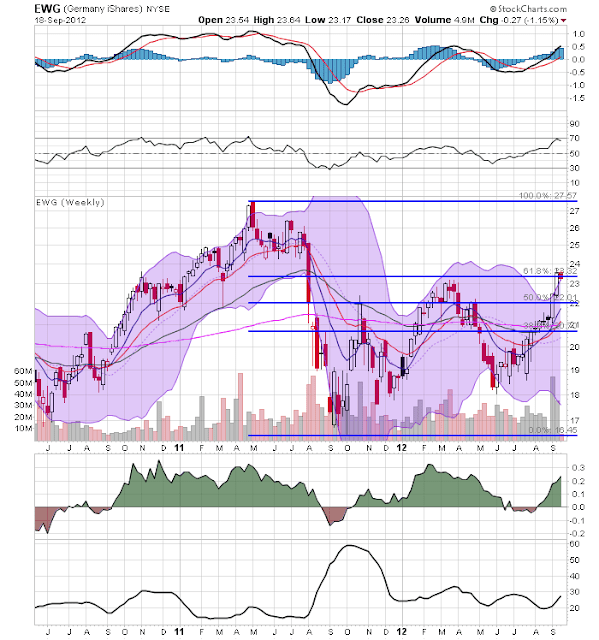 The German market has rebounded from the lows over the early summer and are now right at the 61.8% Fib level.  Prices have been trading around the 200 week EMA for the last year, so we need to see a continued move higher before declaring a bull run.  But, the underlying technicals are strong with a rising MACD and CMF. 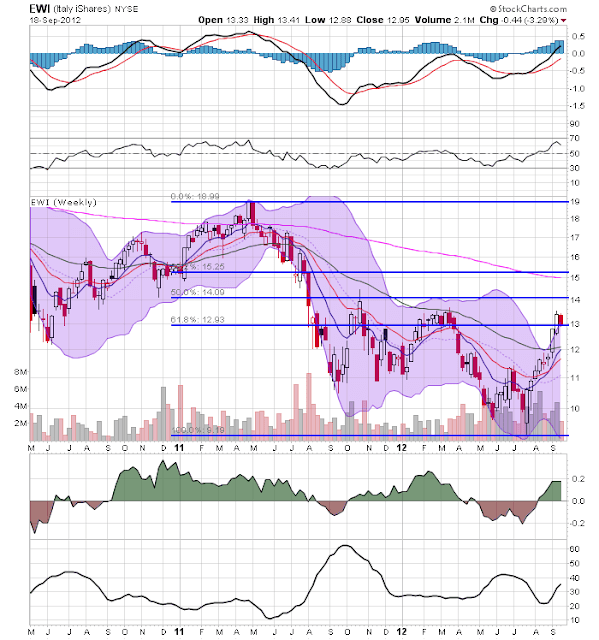 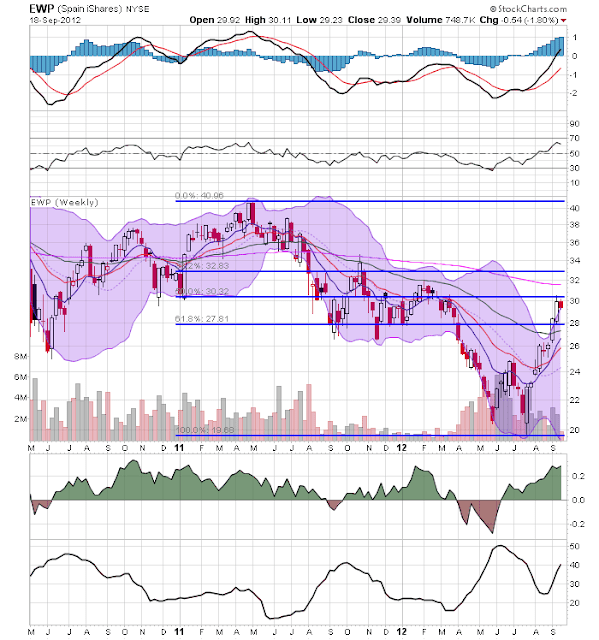 Both the Italian markets (top chart) and Spanish markets (bottom chart) have rallied from their mid-summer lows.  Both had strong volume surges in the early summer sell-off, which could be considered a selling climax.  This makes sense, given the fundamental events of the last few months.  However, prices are still below the 200 week EMA, so we're not out of the woods yet.  But -- markets are leading indicators. 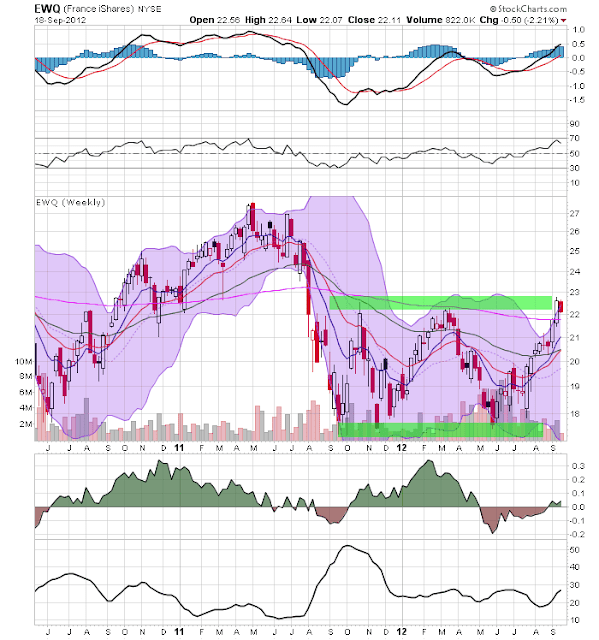 The french market is still trading in a range from the sell-off last year.  Prices need to move beyond the 23 price handle for the market to break out. 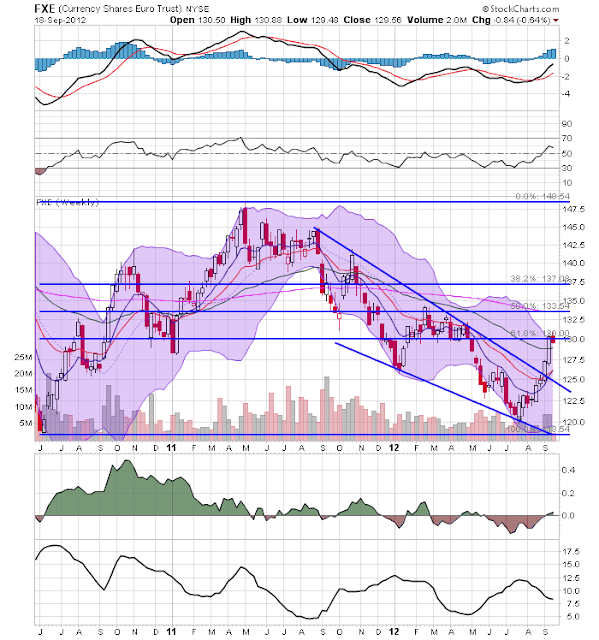 The euro has continued its move higher after breaking out from the downward sloping, year-long channel.  Prices are now at the 61.8% Fib level of the multi-year channel.

For all of these charts, don't be surprised to see some profit taking over this and next week.  All these markets have moved quickly in response to a change in the fundamental events, but there is still profound weakness in these economies.
Posted by Unknown at 6:16:00 AM