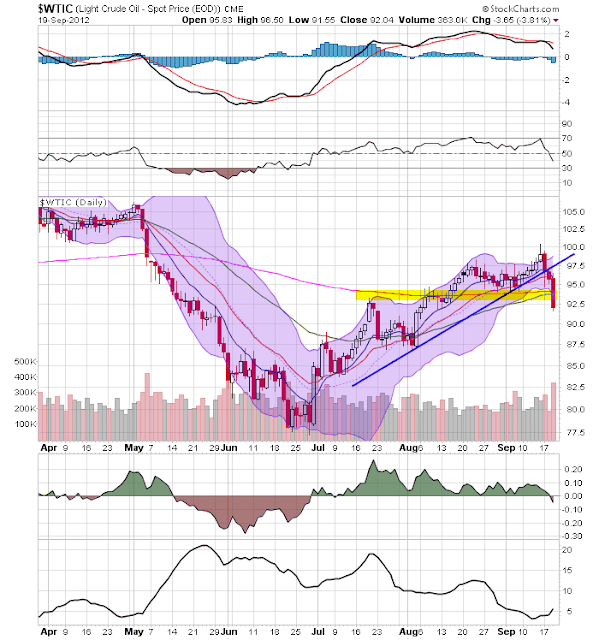 Over the last three trading sessions, oil has sold off sharply; it has fallen through all the shorter EMAs and is now trading below support established in mid-July.  This occurred on a fairly sharp rise in volume.  The MACD has also giving a sell signal (and has been declining for a few months), while the CMF is printing negative. 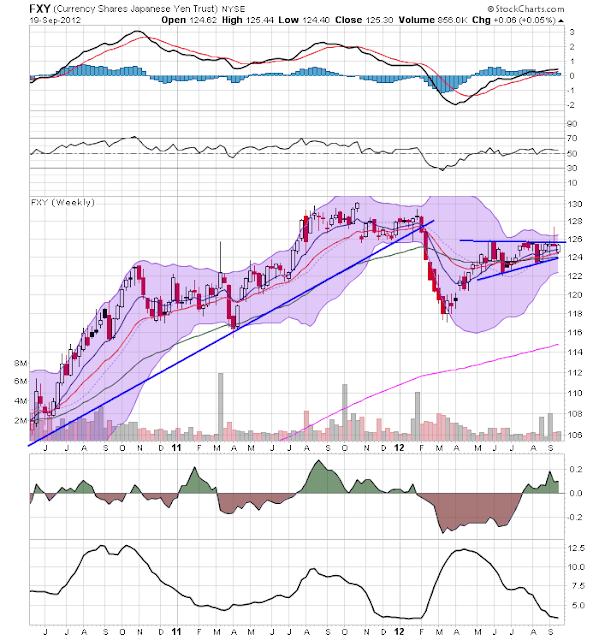 Yesterday, the Bank of Japan announced further easing measures.  The above chart is a good part of the reason why.  The yen has been consolidating a fairly high levels for most of the last 4-5 months.  The reason is that Japan has developed a safe haven status in the current turbulent EU world.  However, as Japan is still an export oriented economy, this is not a situation the BOJ wants to see continue, hence the easing. 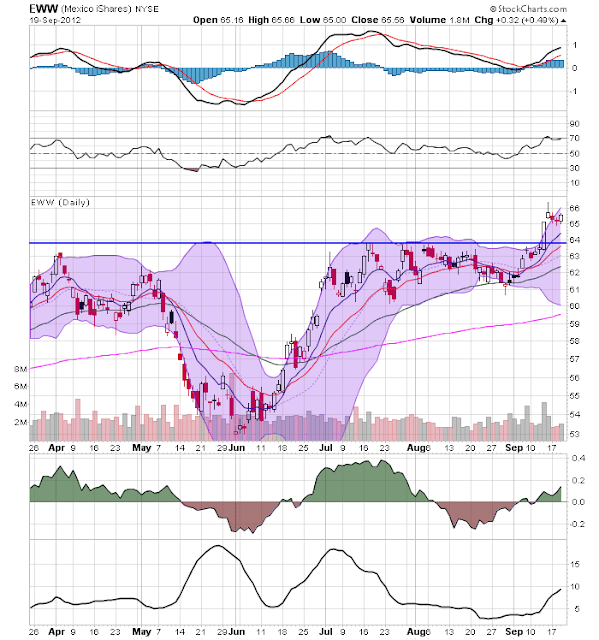 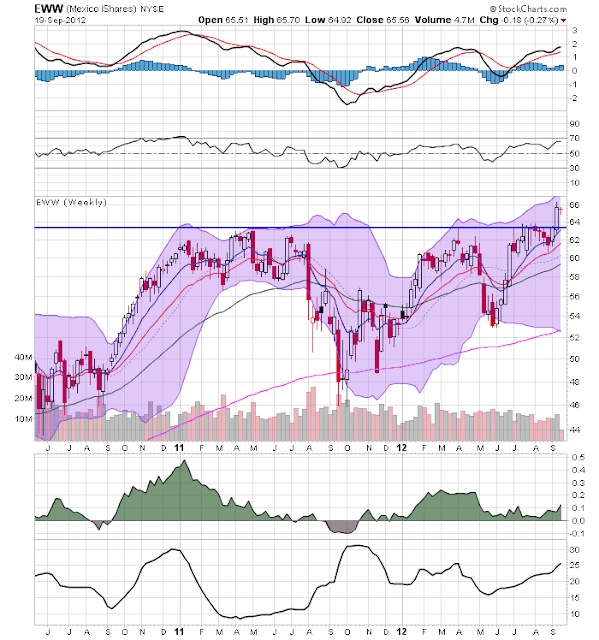 Over the last few trading sessions, the Mexican market has broken out on both the daily (top chart) and weekly chart (lower chart).  Overall, the Mexican economy has performed fairly well over the last few years.  But the reason for the break-out is most likely tied to their oil exporter status and oils until recent rise. 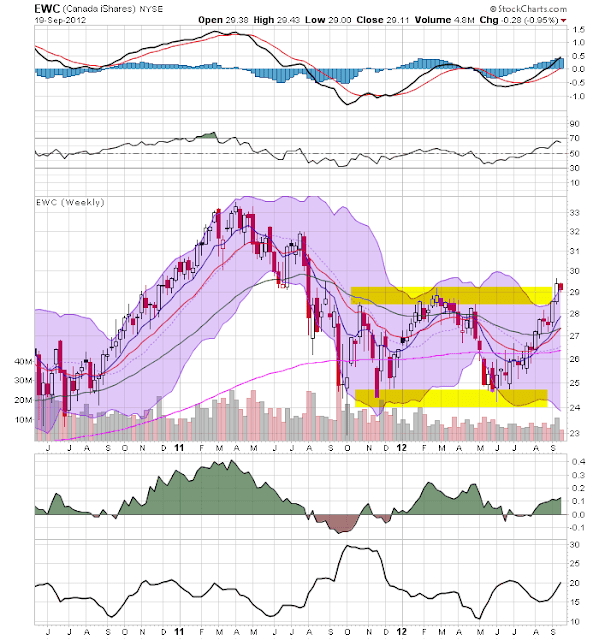 The weekly chart of the Canadian market shows consolidation between the ~25.5 and 29 price level -- which also happens to be right around the 200 week EMA.  The key for this chart is (obviously) whether it moves higher.  The underlying technicals support that move -- the MACD is moving higher and has given a buy signal, while the CMF is positive.  If we do see  break-out expect a continued move; there is plenty of real estate to cover.
Posted by Unknown at 6:36:00 AM