Today, let's take a look at the currency charts to get an idea for that's happening. 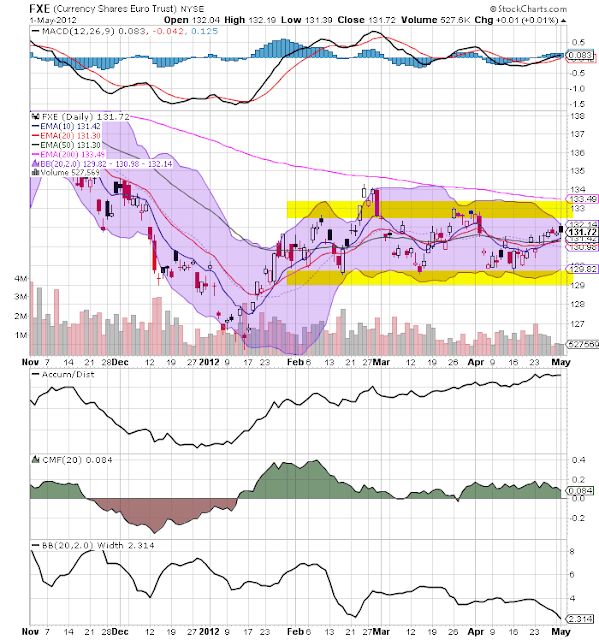 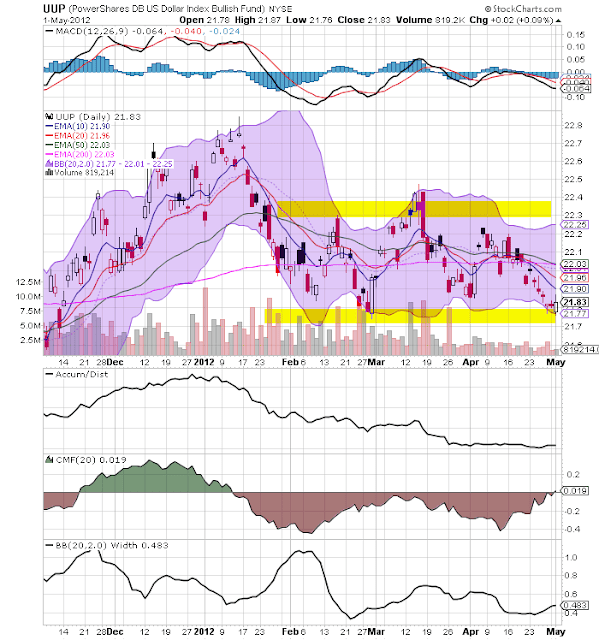 The euro and dollar are trading in a range, with the euro trading between 130-133.5 and the dollar between 21.75 and 22.3.  Notice the large number of similarities: both are trading at or around the 200 day EMA; both are showing low volatility from the narrow Bollinger Band width; both are showing a fairly constrained EMA picture.  However, the dollar is showing weaker volume numbers, while the euro is showing stronger numbers. 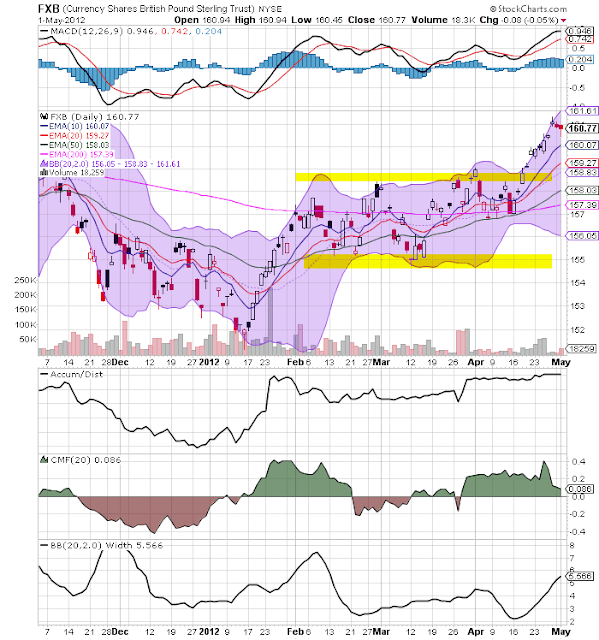 The pound has broken out of its range, but not because the UK economy is doing well; instead, the pound is benefiting from not being the euro, and being close enough to the EU to be readily accessible to traders located in the continent. 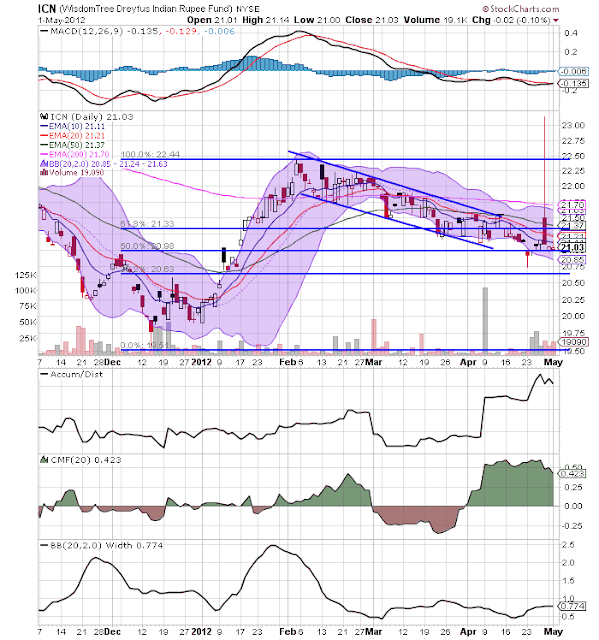 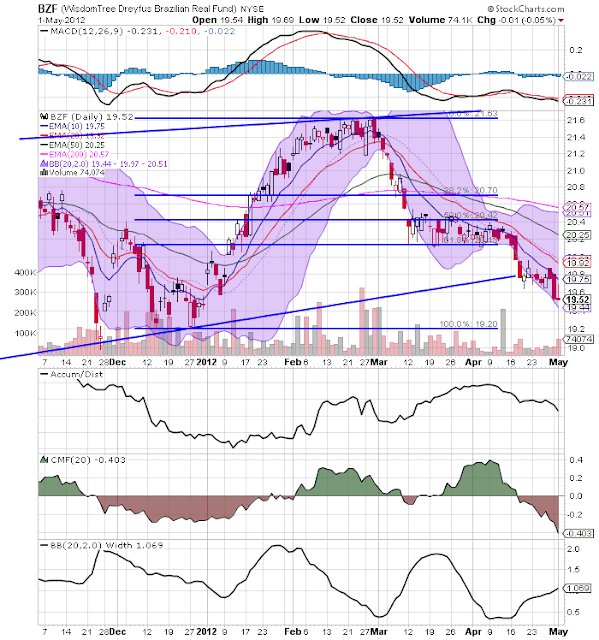 Both the rupee and the real are moving lower, largely because of the faltering of their respective domestic economies.  India is slowing as a result of near gridlock in the political system, while Brazil is slowing because it is a net exporter of raw materials, and is therefore suffering from lower global demand. 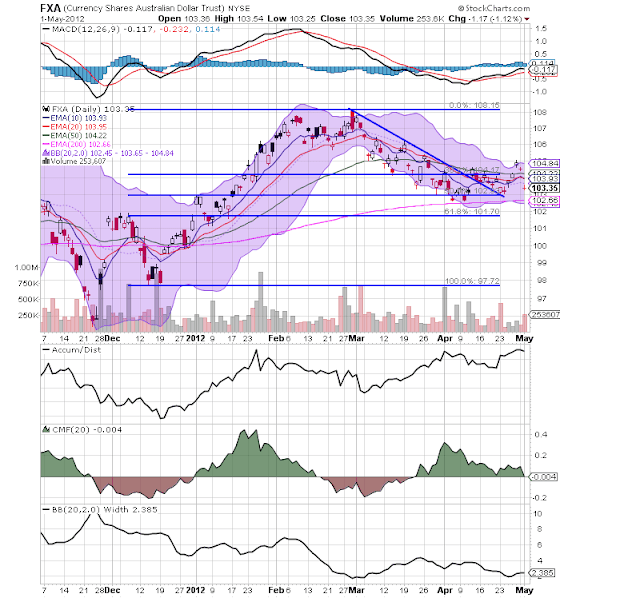 The Australian dollar has decreased, largely because of a slowing economy.  However, prices are now right above the 200 day EMA, moving sideways.  Also note that prices are near multi-year highs right now. 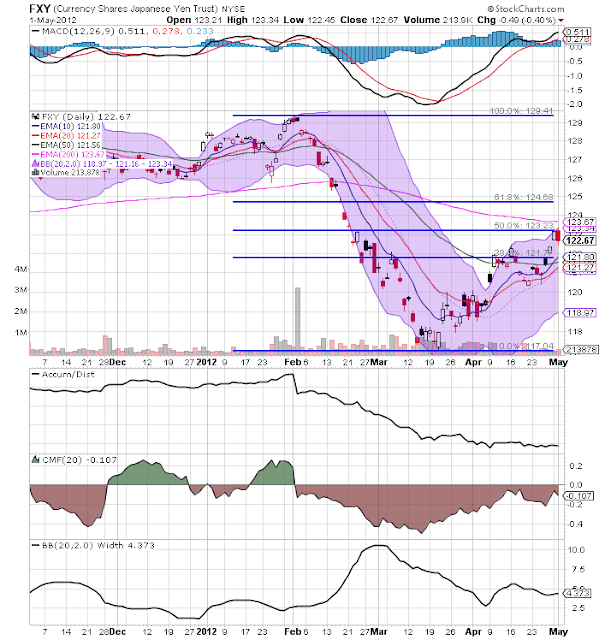 The yen sold off starting in February, after the BOJ announced that they were thinking about engaging in another round of easing.  However, since the, the yen has rallied as traders have questioned the BOJ's resolve.


What do these charts tell us?

1.) Traders are moving assets away from emerging markets because of weak growth.
2.) The US and the EU are in a "jury's out" position.
3.) Traders are having a hard time believing the BOJ's statements.
4.) The Australian dollar is actually in the best position of them all -- at least from a trading perspective.