My opinion about the markets:

The US equity markets are moving into a period of consolidation, largely caused by slowing world economies and less than robust US  growth.  I don't see a meltdown, but sideways consolidation.

Let's take a look at the three major equity indexes: 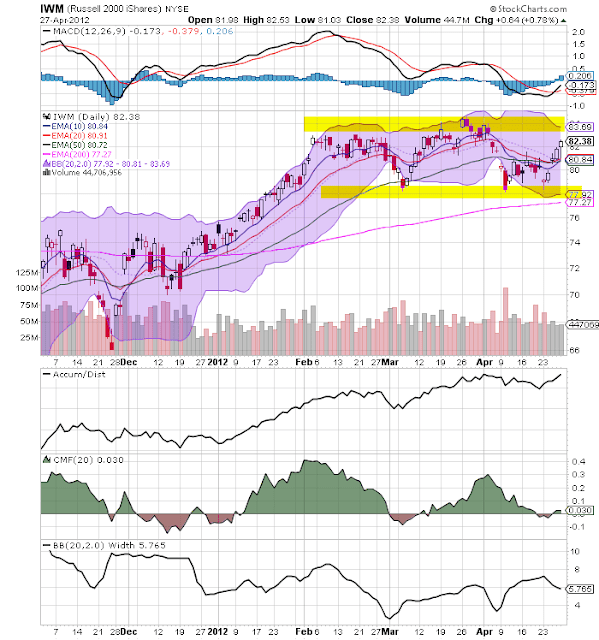 Since February, the IWMs have been trading between 78 and 84 with a declining MACD.  While the A/D line has been increasing, the CMF has been decreasing. 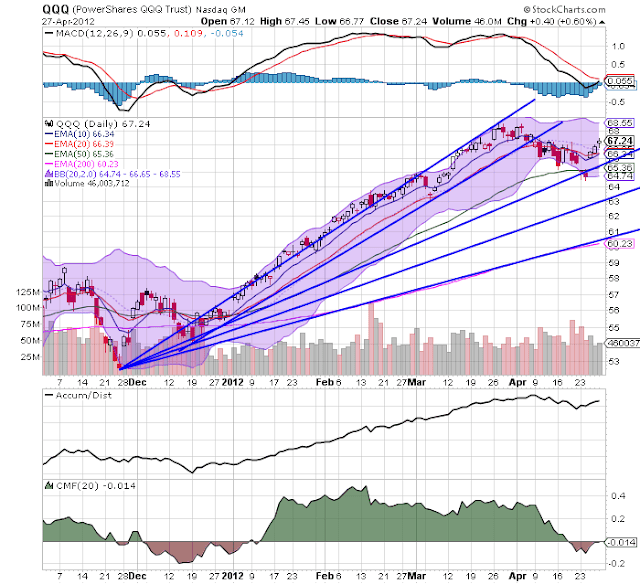 The QQQs were the best performing index, largely thanks to its technology-heavy orientation.  However, prices have been declining in a disciplined way since the beginning of April.  Also note the declining MACD over this time period. 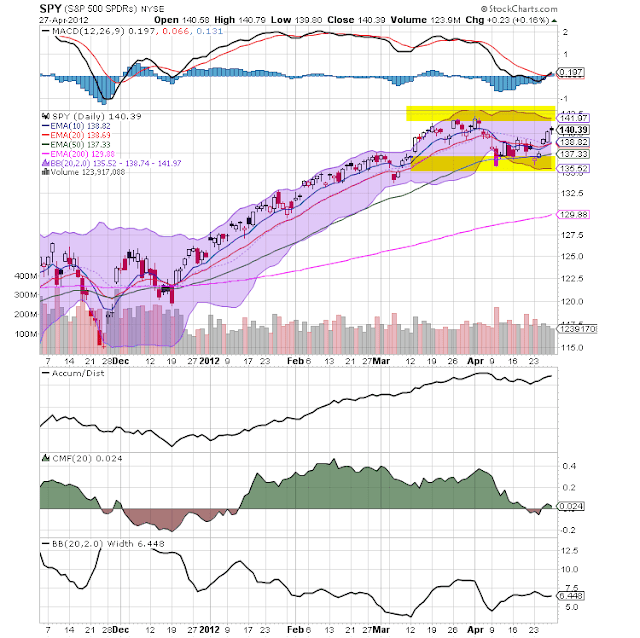 The SPYs fall somewhere between the IWMs and QQQs; they have been moving sideways for a bit longer than the QQQs, but have an MACD profile that more closely resembles the QQQs.

For my opinion to change, I need to see two of the above averages move through the following price levels: 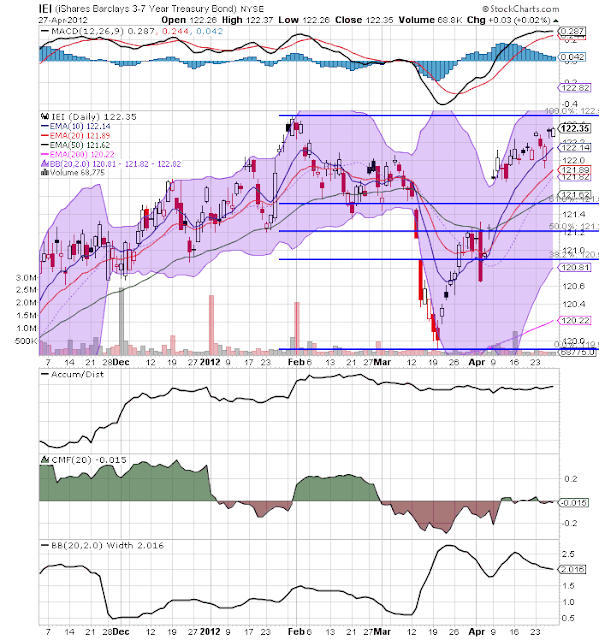 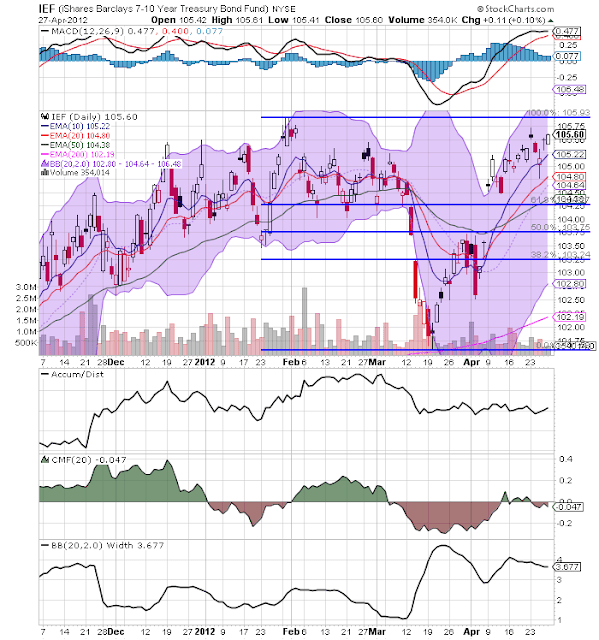 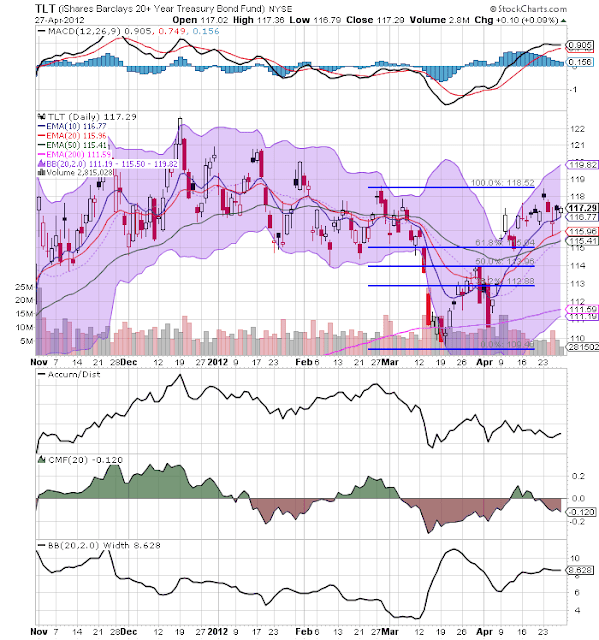 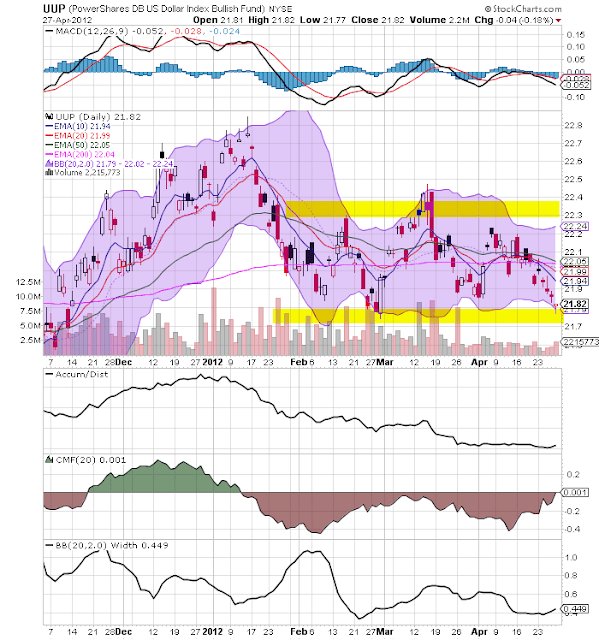 The dollar is not giving us any major indication in either direction; it's trading between 21.77 and 22.30, and has been for the last three months.