Yesterday, I noted that I believe the markets are moving into a period of consolidation, largely because equities have fallen from highs will treasuries have rallied.  Today, I want to add to that thesis. 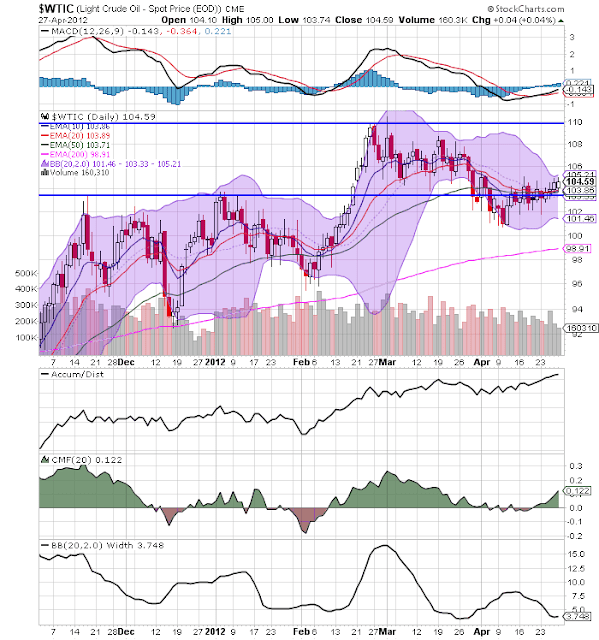 Oil has been trading around the 102 level for the last month.  While it has rallied a bit lately, it's still below highs.  Also note that EMAs are very tightly bundled, giving us no real direction.  However, some of the underlying technicals (MACD, A/D and CMF) are starting to show bullish signs.  But, until we see this follow-through in prices, the chart isn't that exciting.  Here, prices have to move close to the 110 level to indicate we're away from the bearish sentiment. 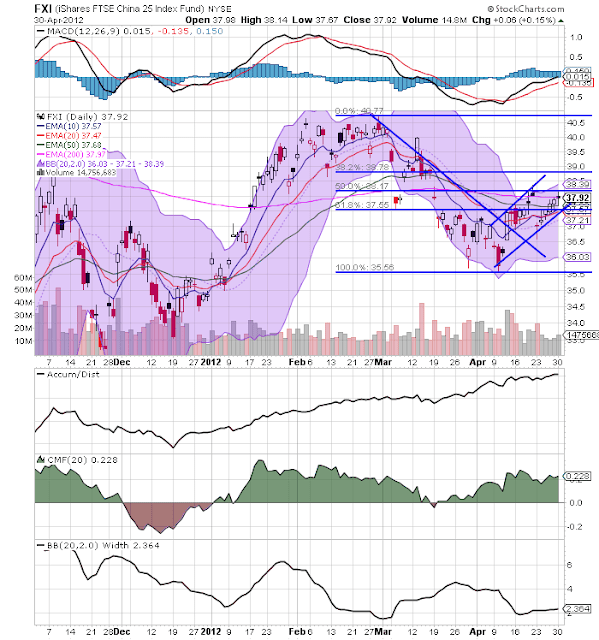 The Chinese market -- which broke the downtrend started at the end of February -- is in an upward sloping channel.  But prices are still at important Fib levels, while the EMAs are tightly bunched.  There are some good underlying technical developments, but they have not followed through in prices yet. 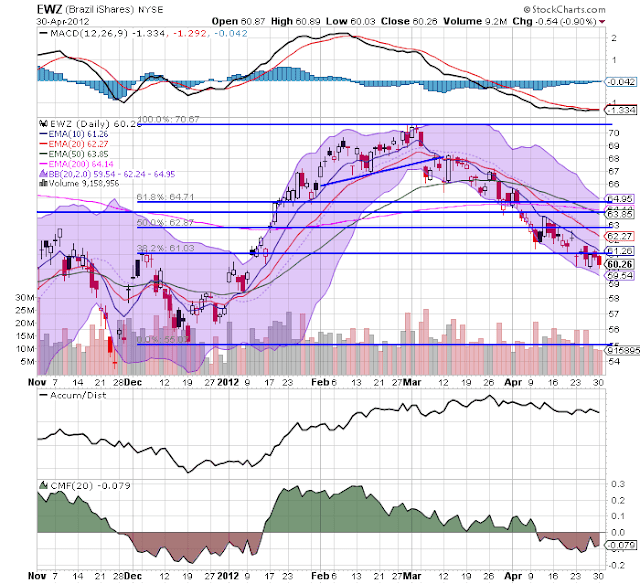 The Brazilian market continues to move lower.  Prices are now right below important Fibonacci levels, while the EMAs are very bearishly aligned -- all are moving lower and the shorter are below the longer.  The volume indicators are also bearish -- money is flowing out of the market. 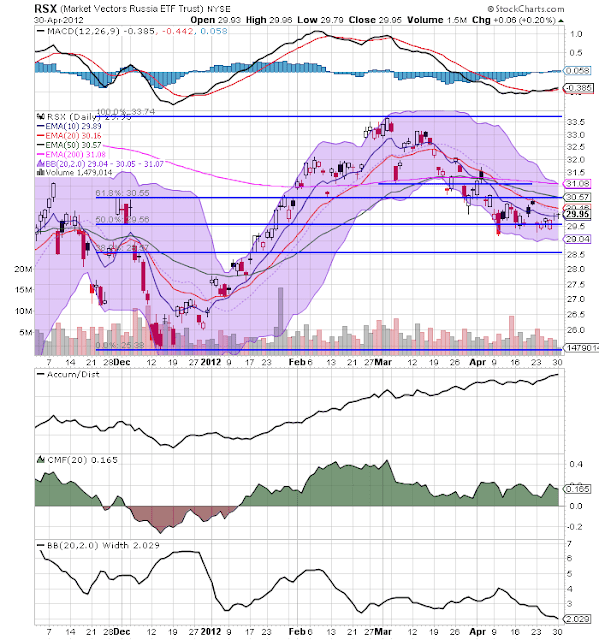 The Russian market is similar to the Brazilian market, although the EMA picture is not as dire.  In addition, the MACD has given a buy signal -- although the indicator itself is still in negative territory.