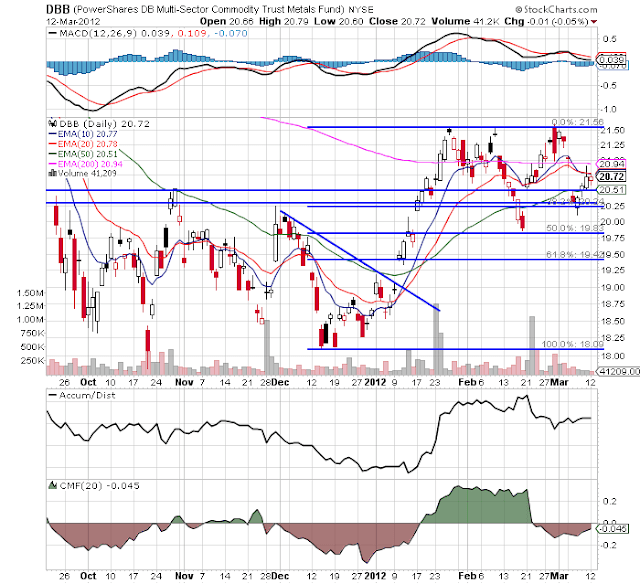 Industrial metals are still in a sideways pattern, rotating around the 200 day EMA.  We see support at the 20.25 level and resistance at 21.50.   The big issue with this chart is the declining momentum, which has been moving lower since the beginning of February. 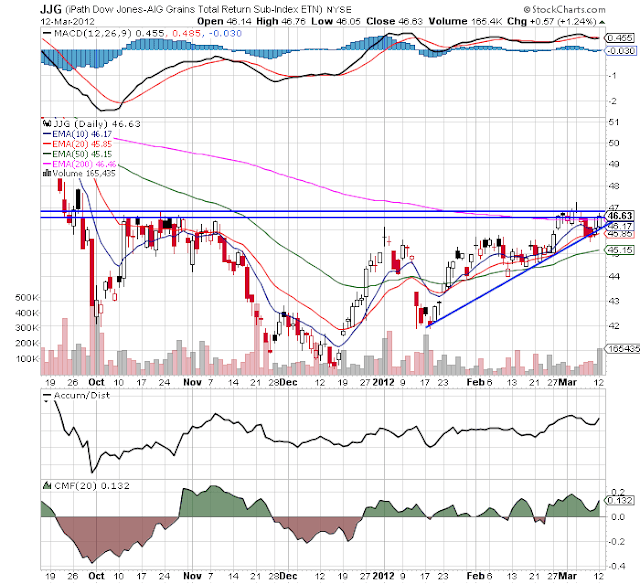 The grain market is right at the 200 day EMA, and is trapped by resistance.  However, a move about 47 would lead to some decent upside moves. Here, notice two technical developments.  First, we see a big volume spike yesterday, which is bullish.  However, the MACD shows a fairly weak momentum picture. 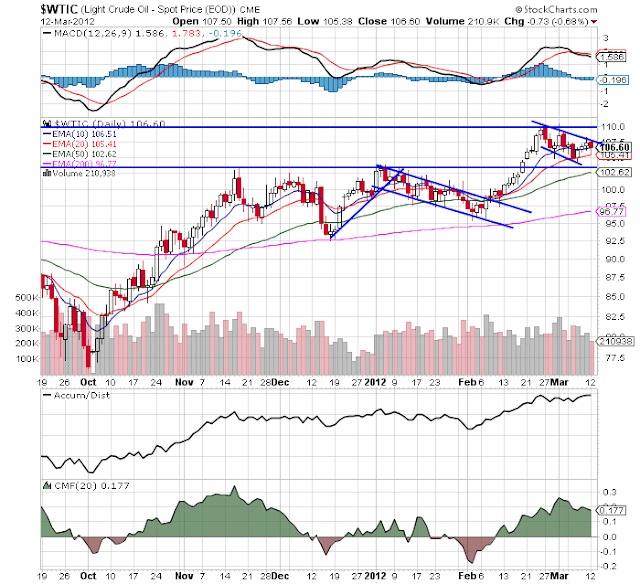 Oil is consolidating gains in a downward sloping pennant pattern.  There is upside resistance at the 107.5 level (where the upper channel line is) along with the 110 level.  However, momentum is declining and the shorter EMAs have lower slopes.

If traders were betting on strong world wide growth, we'd be seeing far more bullish charts from industrial metals and oil.  But, China printed a trade deficit in their last report, Brazil is slowing down and US growth projections are still low.   Grains are a different story, but there are two other issues at play there.  First, prices are at low levels so, their spikes would be painful.  Secondly, a price spike there would be less about growing economies and more about the rising middle class in a other countries. 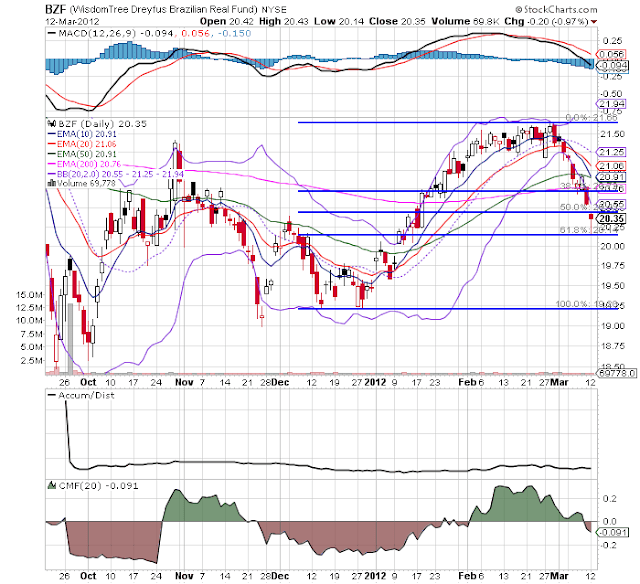 After hitting resistance, the real has dropped sharply over the last few weeks.  The shorter EMAs are both moving lower and are about to cross over the 50 day EMA.  Momentum is also declining.  This was caused by the slowing of the economy and the latest interest rate cut by the  Brazilian Central Bank. 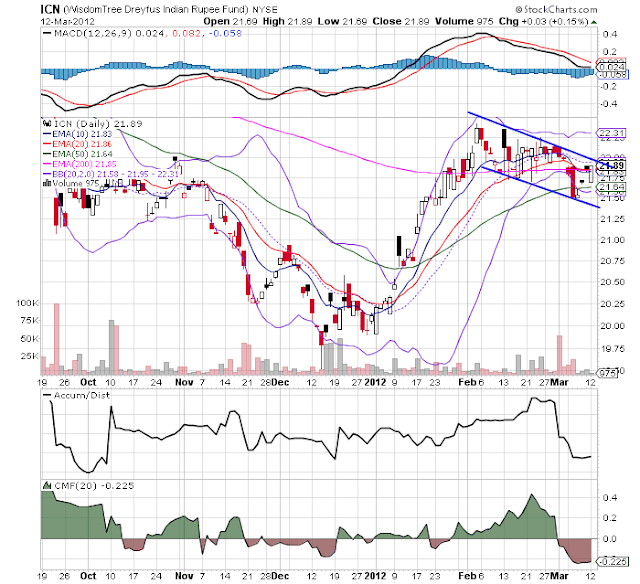 Unlike the real, the Rupee is not in free fall, but has formed a downward sloping pennant pattern in February.