Several weeks ago I called the February payroll number to be 295,000. I also suggested that the unemployment rate would continue to drop. Both numbers came in a little light, but neither did anything to break the ongoing trend.

First, here's the scatterplot of initial jobless claims vs. monthly payrolls since April 2009: 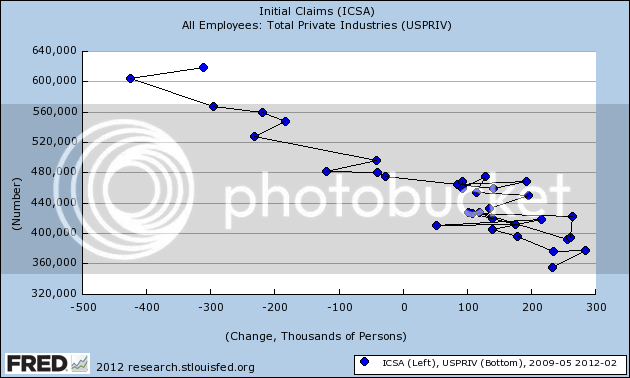 So far there has been a very linear relationship between the two. With almost every initial payroll report in the last year being revised upward, it seems likely that ultimately the February number will be right in the middle of that trend. Additionally, it's worth pointing out that if we were on the cusp of a recession as ECRI believes, there would be a clear break in that trend, with a much weaker payrolls number for a similar initial jobless claims average. There's no indication of such a break in these numbers. 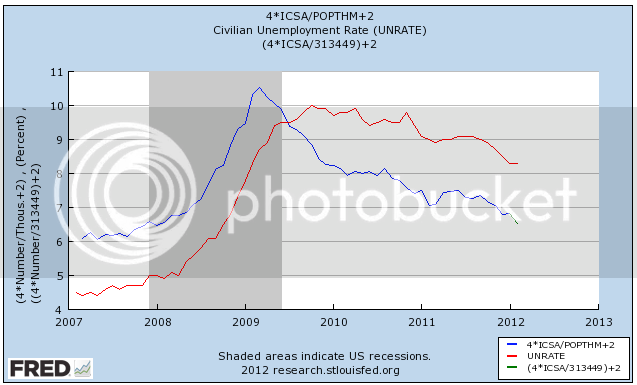 Had nearly 500,000 people not re-entered the workforce, the unemployment rate for February would have dropped to 8.0%. Even so, this relationship continues to predict that the unemployment rate will continue to drop, probably below 8% by summer sometime.
Posted by New Deal democrat at 2:00:00 PM