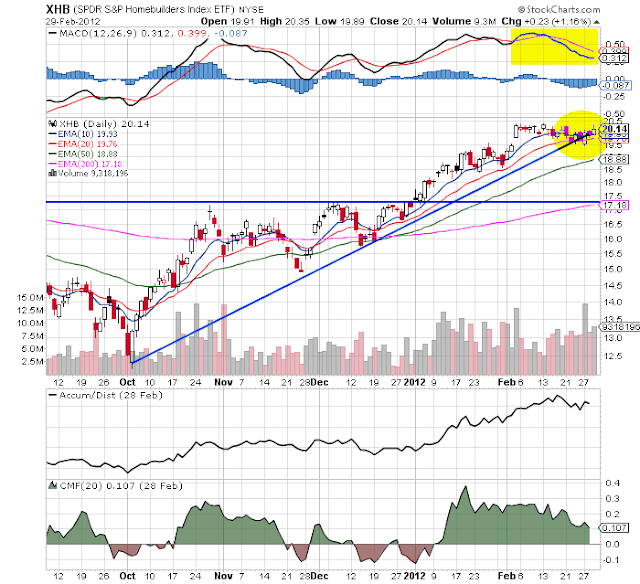 Several weeks ago, I noted that the home building sector was doing well.  The chart above shows that since then, prices have moved sideways and are right at support.  Most importantly, the MACD is is declining.  I price break support, expect a move to the 50 day EMA. 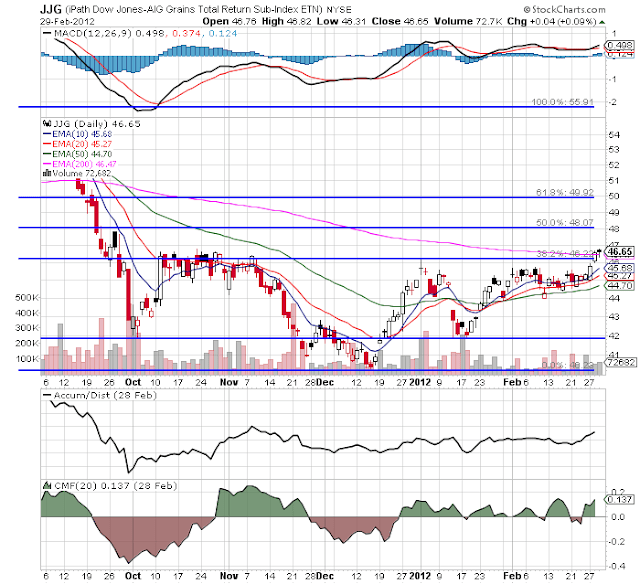 Grains have moved through the 38.2% Fib level and are now just about the 200 day EMA.  The move started with a fairly decent gap higher two days ago, but on weak volume.  And while the MACD has given a buy signal, it is pretty much a straight line right now, indicating little to no momentum in the market. 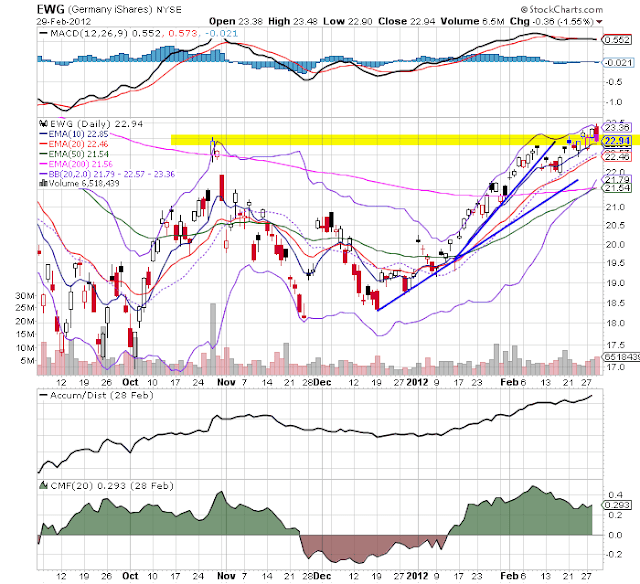 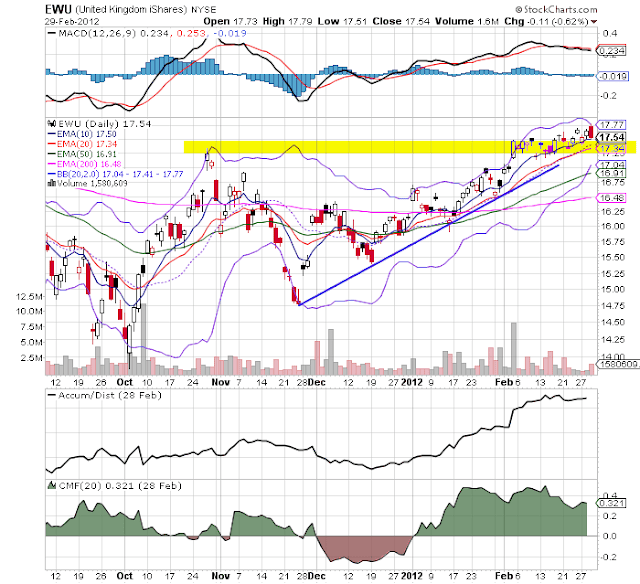 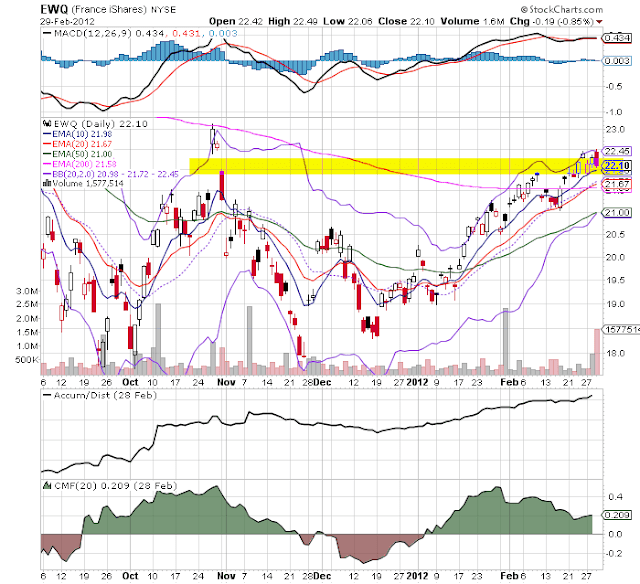 The above three charts of the three largest EU markets show prices have stalled at resistance.  The good news in these charts is we haven't seen a major move lower.  This means the bearish case of a recession and Greek slowdown have been ruled out for now.  But a stalling at resistance means traders are thinking before taking the market higher. 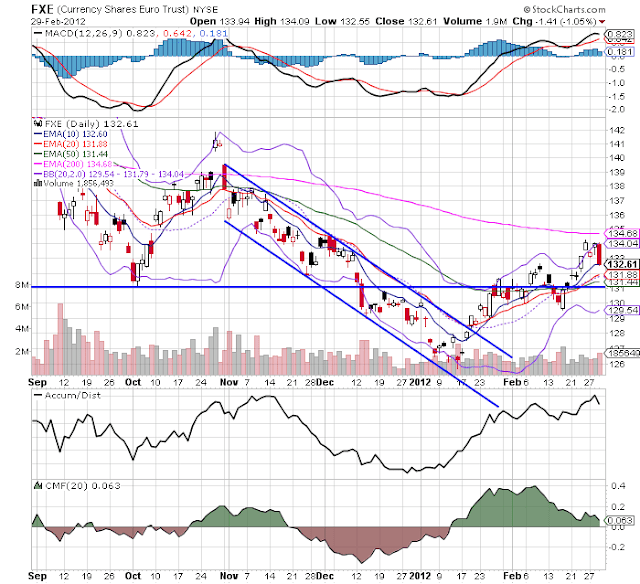 Finally, we have the euro.  It has rallied since right after the beginning of the year.  However, yesterday we see a big drop as it approaches the 200 day EMA.
Posted by Unknown at 6:25:00 AM