Ricardian Equivalence is a Crap Theory


In its simplest terms: governments can raise money either through taxes or by issuing bonds. Since bonds are loans, they must eventually be repaid—presumably by raising taxes in the future. The choice is therefore "tax now or tax later."

Suppose that the government finances some extra spending through deficits; i.e. it chooses to tax later. This action might suggest to taxpayers that they will have to pay higher tax in future. Taxpayers would put aside savings to pay the future tax rise; i.e. they would willingly buy the bonds issued by the government, and would reduce their current consumption to do so. The effect on aggregate demand would be the same as if the government had chosen to tax now.

David Ricardo was the first to propose this possibility in the early nineteenth century; however, he was unconvinced of it.[2] Antonio De Viti De Marco elaborated on Ricardian equivalence starting in the 1890s.[3] Robert J. Barro took the question up independently in the 1970s, in an attempt to give the proposition a firm theoretical foundation.[4][5] The proposition remains controversial

So, in the 1980s, we see a massive deficit financed government expansion that was also financed by a tax cut.  Let's look at the data: 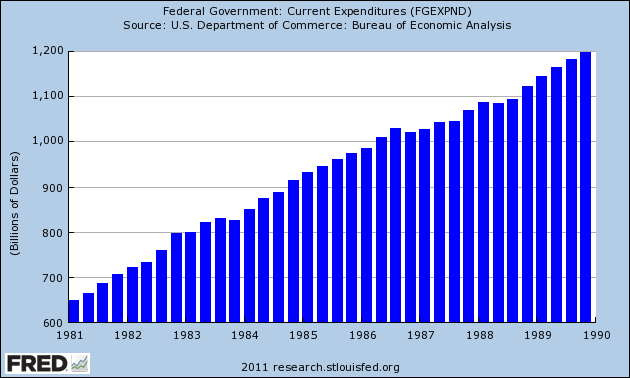 From January 1981 to December 1989, the government continually increased the amount of money it spent. 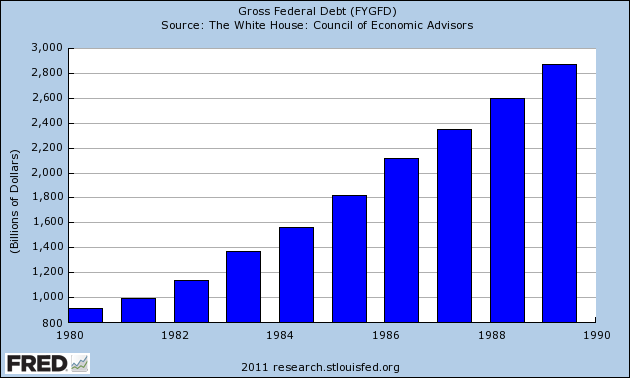 They financed this by increasing the amount of debt they took on.  Notice that we increased total federal debt outstanding from under $1 trillion to a little over $2.8 trillion.

Given the above facts, we would expect to see either a decrease in PCEs or an increase in savings.  Yet the exact opposite happened: 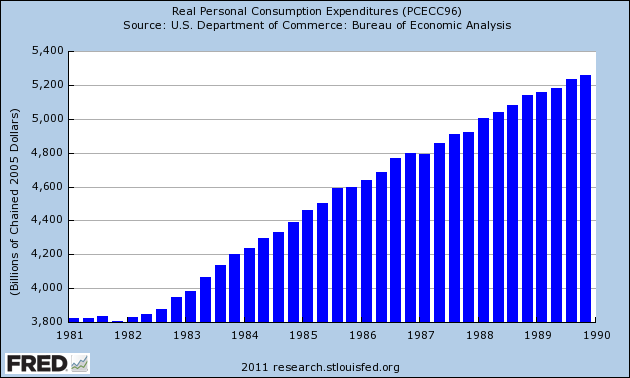 Throughout the 1980s, people increased their spending, and 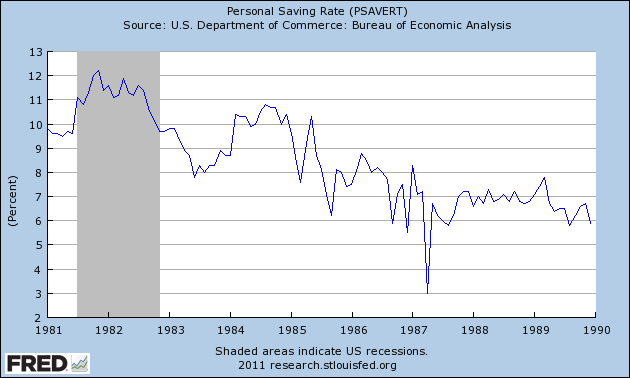 I'm sure that Ricardian equivalence makes perfect sense in the theoretical world of graduate level economics departments -- which also happen to not deal in reality.
Posted by Unknown at 11:30:00 AM