The employment situation has done OK, this year, but there are still some incredibly negative developments.  First, the bad news: 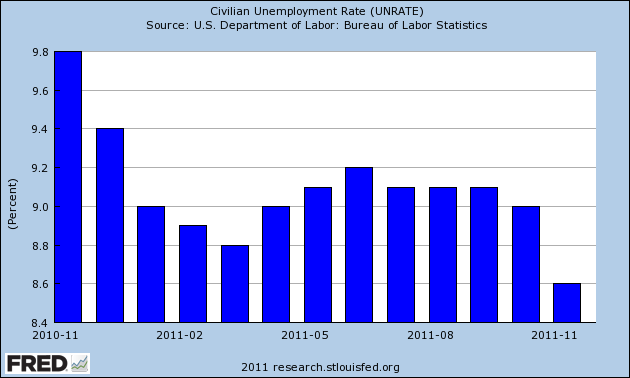 The unemployment rate is still very high at 8.6%.  However, it has dropped over a percentage point over the year. 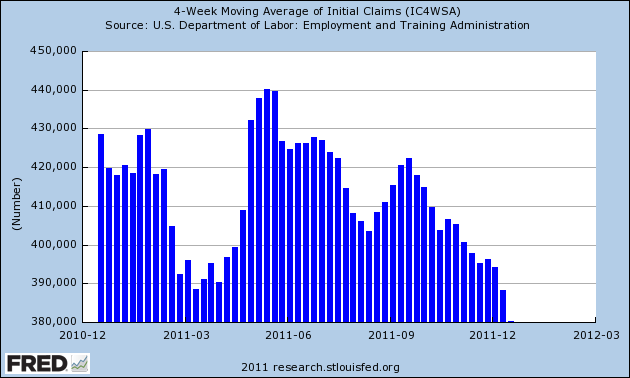 The 4-week average of initial unemployment claims spent most of the year above the important 400,000 mark.  However, it has dropped over the last few months.  But we don't have enough data or a long-enough trend to call this a real trend yet. 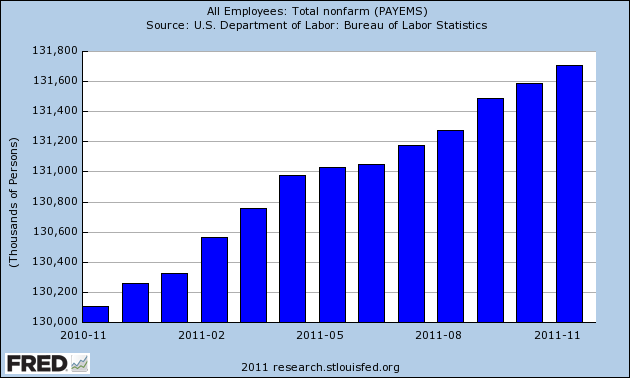 Notice the economy has added a decent number of jobs -- over 1.5 million -- this year. 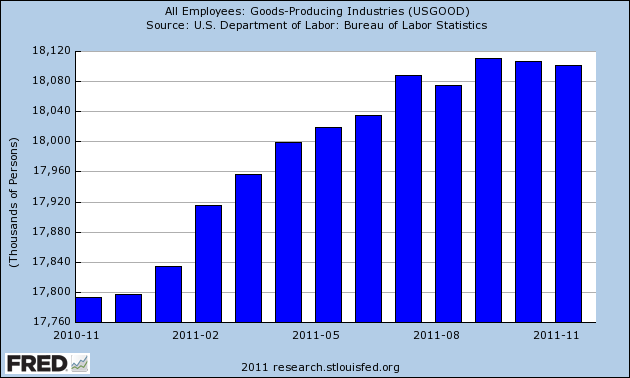 Goods producing industries have added some jobs -- a little over 300,000.  But their contribution slowed at the end of the summer, and now this employment segment is treading water. 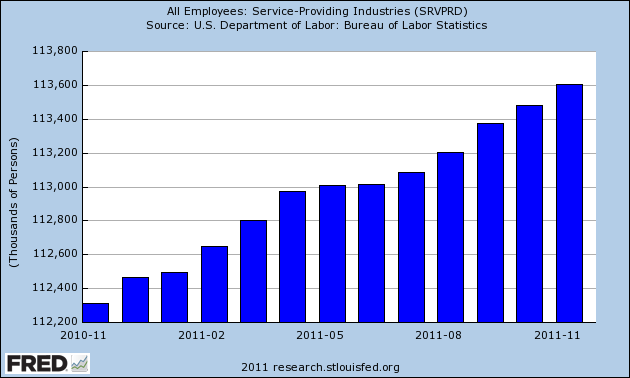 Service sector jobs accounted for the bulk of the gains, contributing over 1 million jobs. 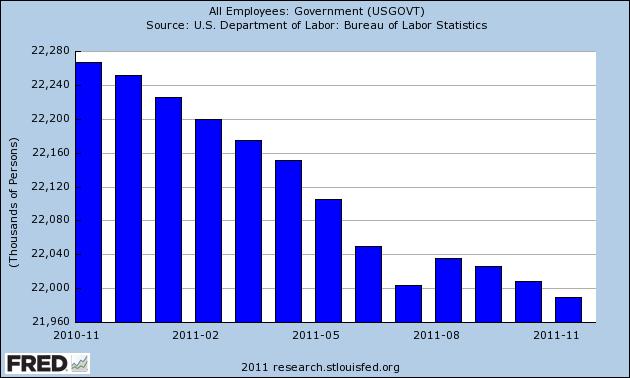 But we've lost about 250,000 government jobs over the year, which is probably a big reason for initial unemployment claims remaining above 400,000 for most of the year.

The above charts show there has been some progress; just not enough.
Posted by Unknown at 8:30:00 AM