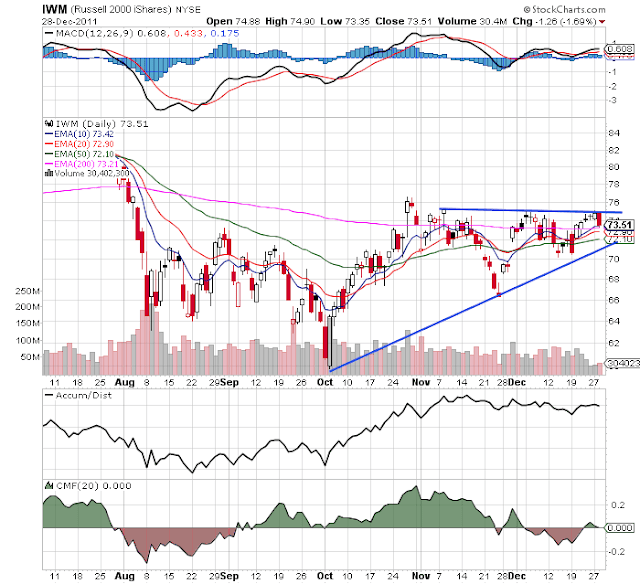 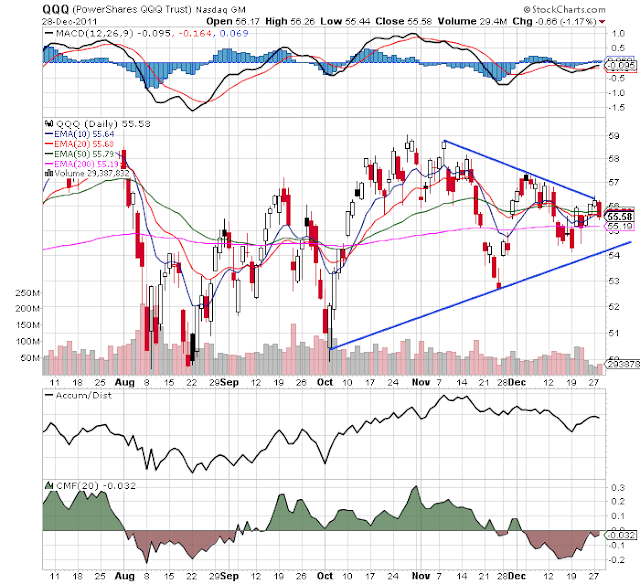 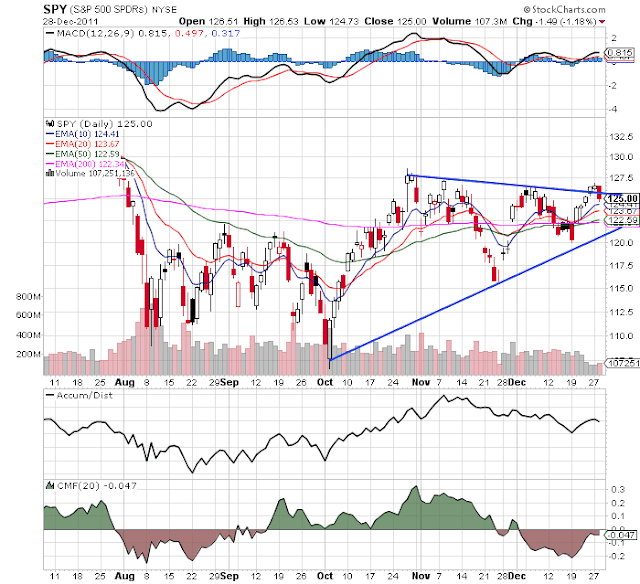 The above charts show that none of the equity average broke out yesterday -- in fact, we see a general retreat for recent gains.  The SPYs are now below their previous resistance lines and the QQQs and IWMs are retreating from their respective upper trend lines.  In short, the confirmation of the breakout has yet to happen -- which is one of my concerns with a rally that is caused by low beta market sectors.  Also consider these two charts: 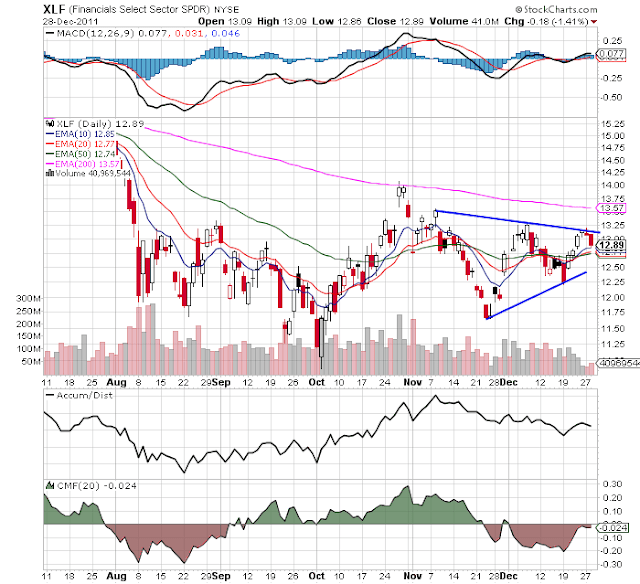 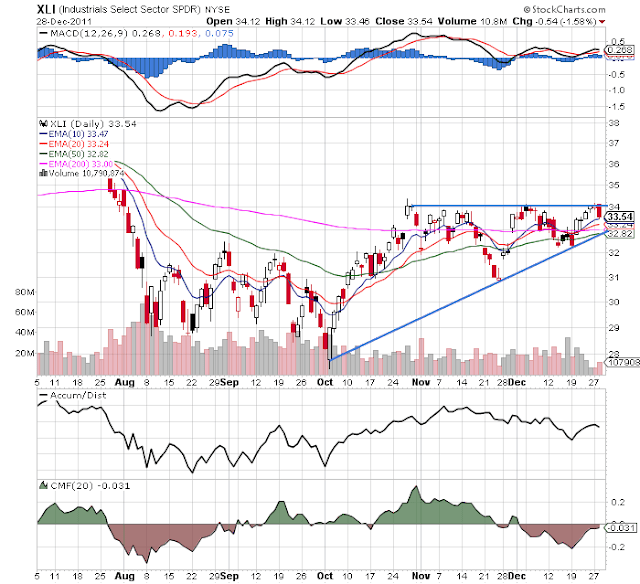 Both the XLIs and XLFs -- which are the two more aggressive market sectors that were closest to rallying -- are retreating from their respective upper trend lines as well.

So, we don't really have a decent confirmation of last week's break-out yet.  In fact, we have a retreat from the break-out position.

In addition, consider the following charts: 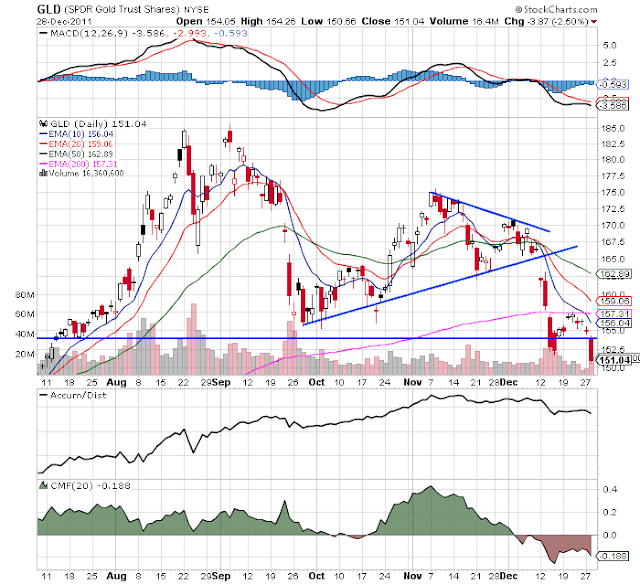 Gold has dropped below lows established in September.  All the EMAs are moving lower and the 10 day EMA has now crossed below the 200 day EMA.  The MACD is declining and negative. 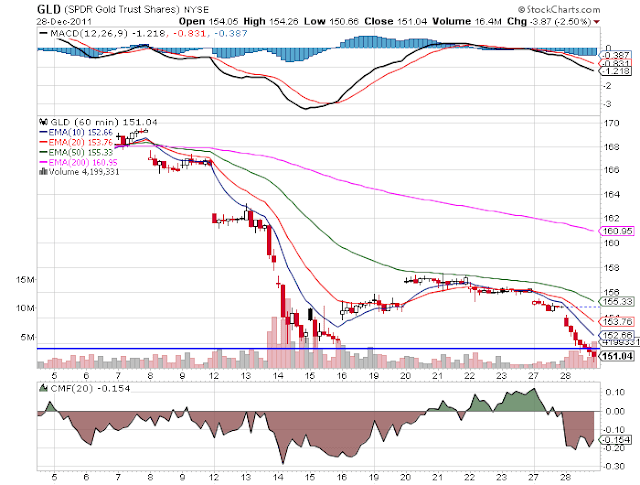 The above 60 minute chart of gold shows the overall weakness in this ETF.  Prices gapped lower at the beginning of the week starting December 12.  Prices declined for the rest of the week.  We saw a counter-rally last week, but the rally was very timid.  There isn't a lot of upward momentum to the chart and prices were stalled at the 50 minute EMA.  Since hitting that resistance, prices have retreated again and have moved below the prices established mid-December. 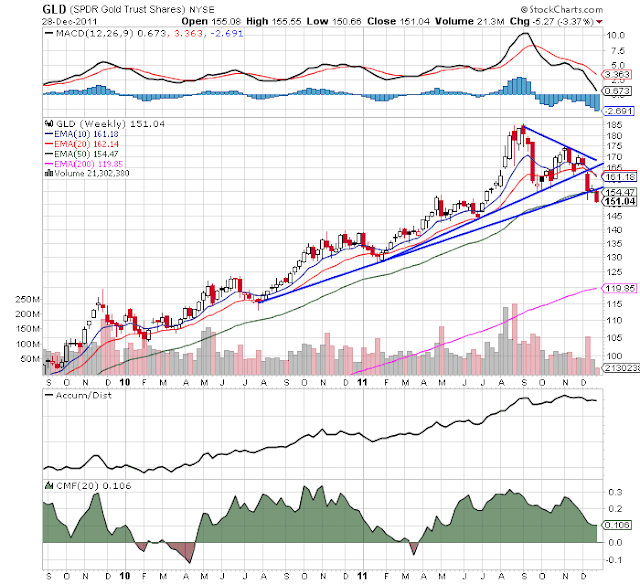 On the weekly chart, we see that gold has moved below important trend lines.

So, gold is quickly losing its luster