Moving forward from 1950 and into 1951, we'll see the government spending -- in the form of war spending for the Korean War -- can indeed create economic growth.  In fact, it can be the primary driver for overall economic growth. 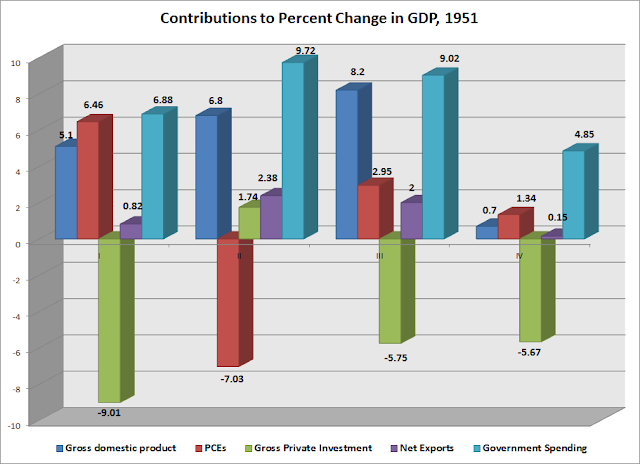 The above chart is of total GDP growth, along with the contributions of each sector of the economy to growth.  Notice that for each quarter of 1951, government spending  (the blue line) is very high.  In fact, the only other column as high are PCEs in the first quarter.  This chart shows that government spending can indeed drive economic growth.

1951 saw three quarters of very strong growth, with a very large slowdown in the fourth quarter.  Consumer spending was strong in the first quarter, contracted in the second and then returned to more normal rates of growth in the third and fourth quarter.  Investment was a remarkably huge drag for all but the second quarter.  Exports contributed some to growth, but the real story is the huge input of government spending, which basically drove growth for the entire year. 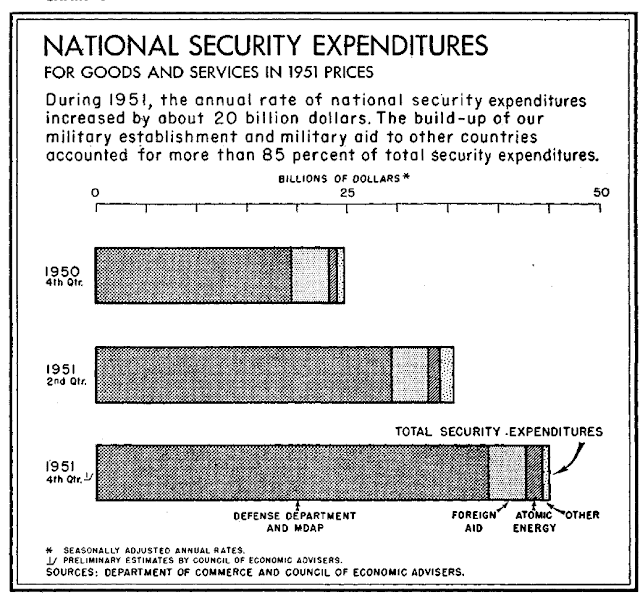 We'll start to look in detail at the various sub-components of growth over the coming week or so.