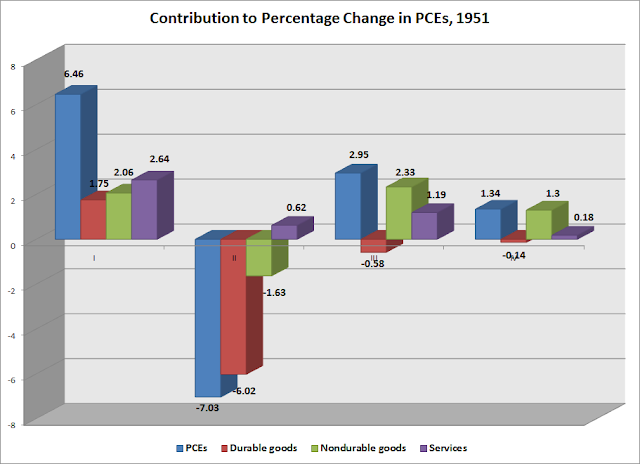 The above chart shows PCEs contribution of overall economic growth during 1951 and the contributions of each sub-part of PCEs to overall PCE growth.  The first quarter saw a tremendous surge as consumers anticipated shortages caused by the Korean war effort.  In essence, these purchases pulled purchases ahead to the first quarter, which explains the huge drop-off in purchases during the second quarter.  During quarters three and four we see a return to more normal contributions of overall growth.

Let's look at these figures from a few other perspectives: 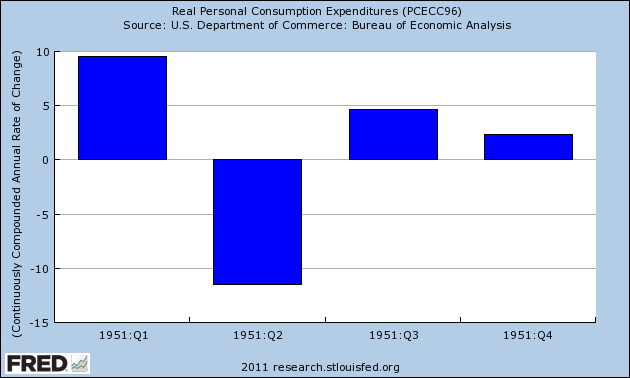 PCEs grew at a strong seasonally adjusted annual rate in the first quarter, contracted in the second quarter and returned to more normal rates of growth in the third and fourth quarter. 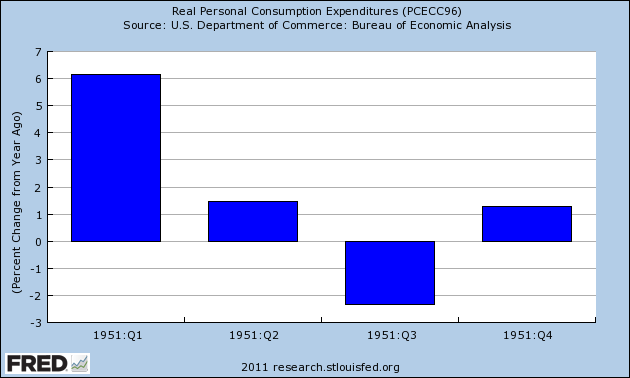 Or, the year over year percentage change was sharply higher in the first quarter, but leveled off in the second through fourth quarter. 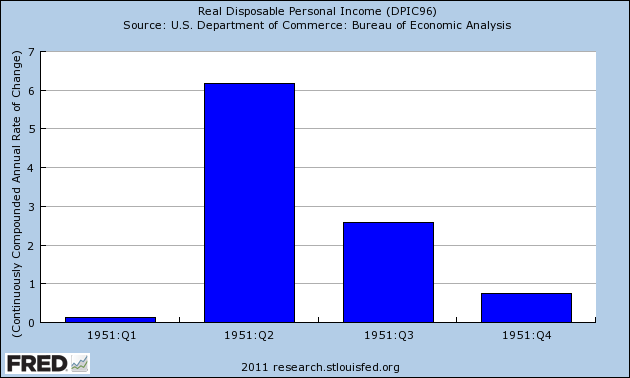 A big part of the fuel for the PCE growth came from the increase in real disposable personal income.  The above chart shows that this increased every quarter in 1951, and increased at a very strong rate in the second quarter and a decent rate in the third quarter. 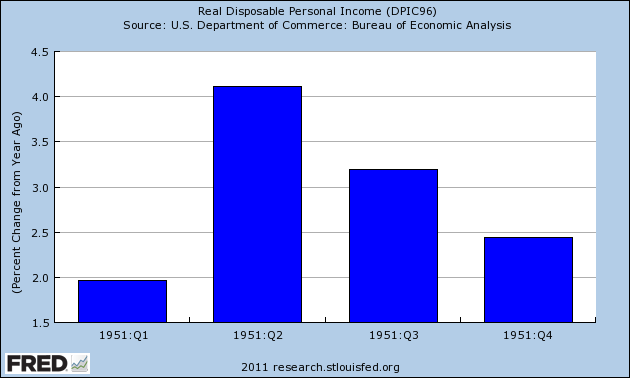 The real YOY increase in DPI was also very strong, indicating the increases were consistent. 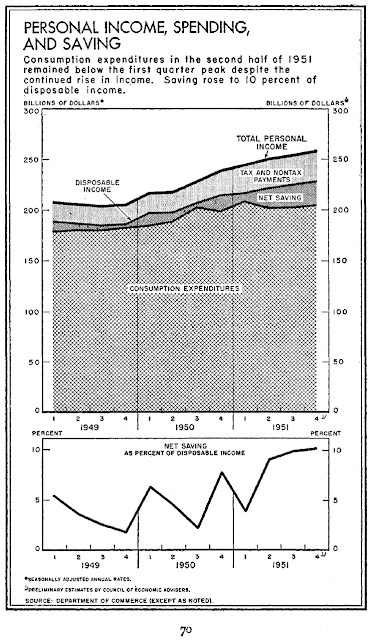 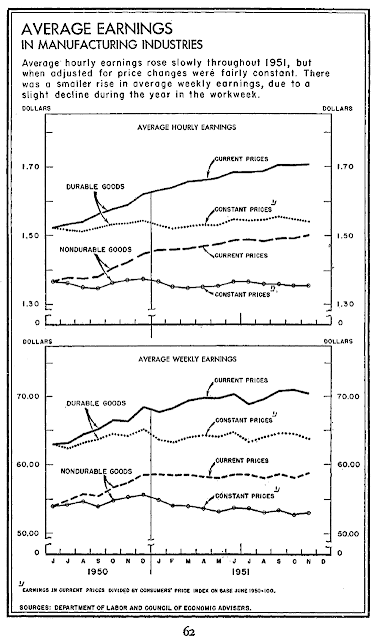 The charts above are from the Economic Report to the President in 1952,  The top figure shows income and its sources and the second shows average hourly and weekly manufacturing wages.  The top figure shows a large jump in savings in the latter part of the year, as consumers slowed their pace of consumption.  As the second chart shows, inflation took a big bite out of wage growth for manufacturing employment during the year. 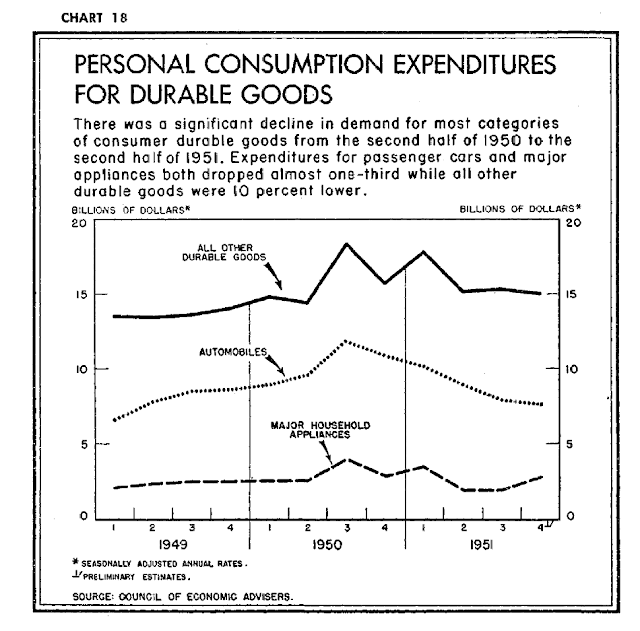 The above chart shows the importance to durable goods purchases to consumer spending during 1951.  It also shows the incredible level of pent-up demand that was unleashed on the economy in the post-WWII years.