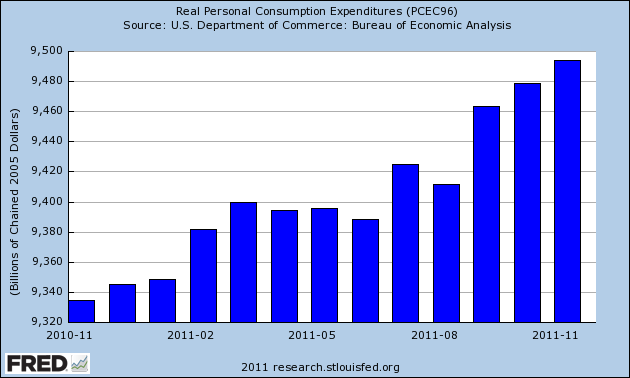 Real PCEs rose in the second quarter, but then leveled off for the next 5-7 months.  However, over the last three months we've seen a nice increase. Service expenditures -- which account for about 65% of PCEs, have for the most part risen all year.  But the rate of increase has slowed over the last few months. 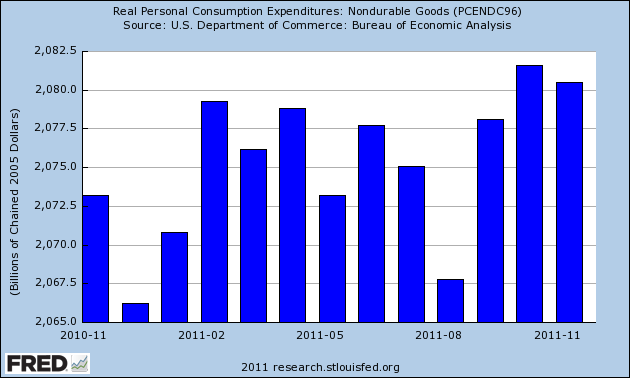 Non-durable goods have been moving sideways for the entire year. 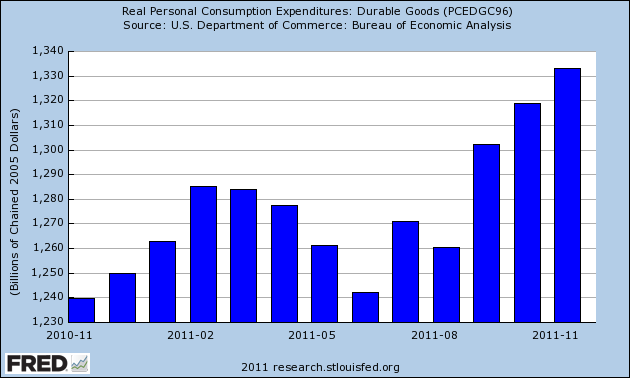 Real durable goods sales -- which had stalled for the first three quarters -- have been a big reason for the increase these last three months. 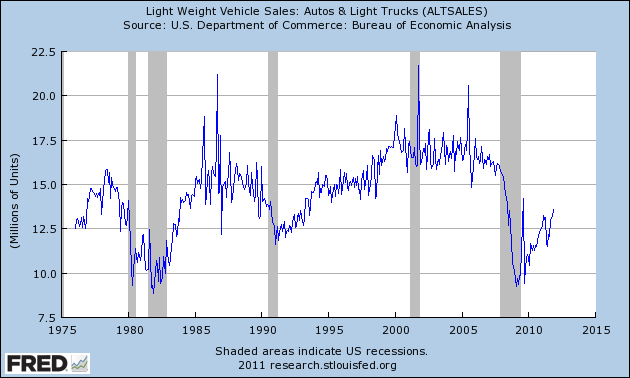 Light auto sales -- which are a big part of durable goods sales -- are still at very low historical levels.  In fact,I would argue we won't see the levels of the 2000s for some time -- perhaps not the next 5 years or so. 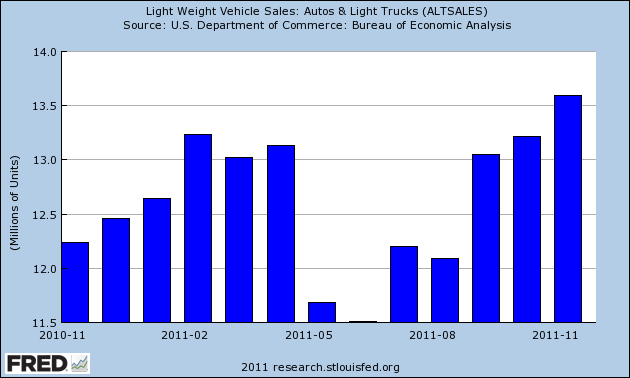 The yearly chart for auto sales shows they took a sharp drop in the summer, but have since rebounded. 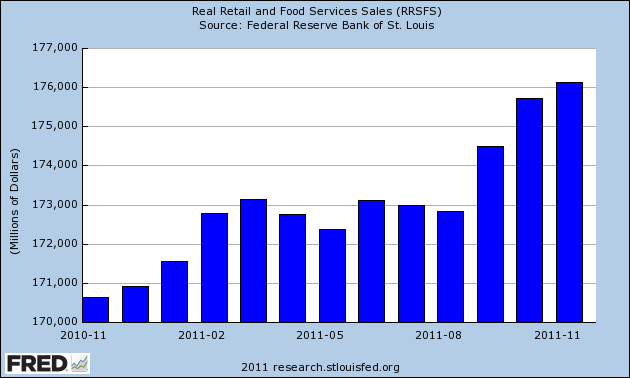 Overall retail sales stalled for the better part of the year, but have rebounded the last three months 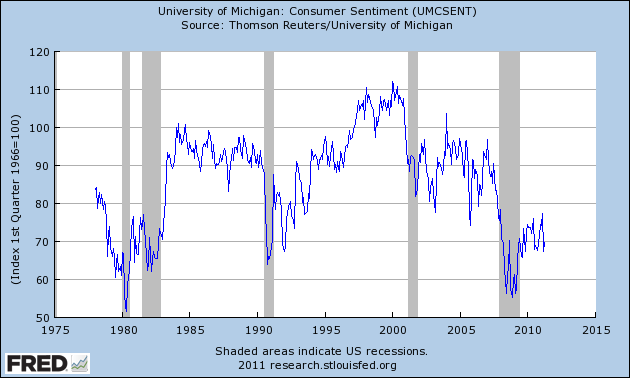 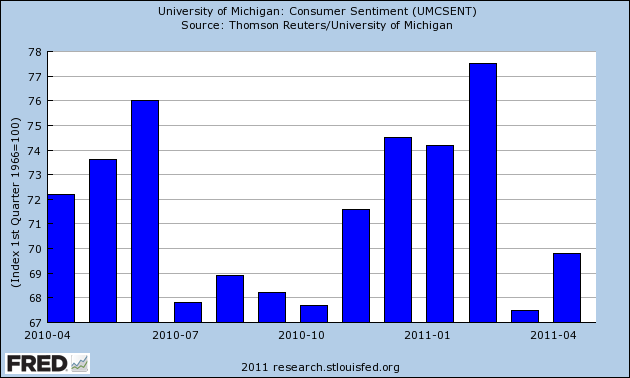 And on an annual basis, we're about where we were at the beginning of the year, sentiment wise. 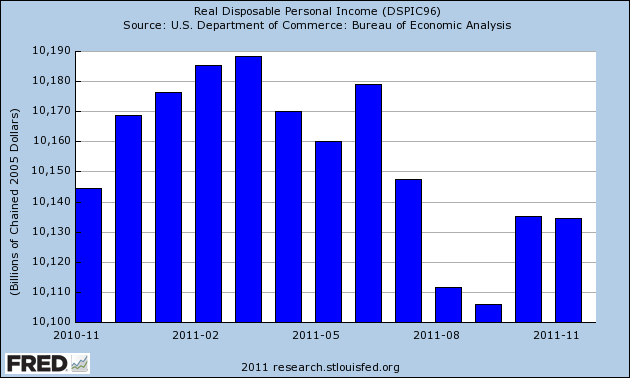 Real disposable income -- the fuel of consumer spending, is actually slightly lower then its position at the beginning of the year.  In fact, overall DPI has dropped from increases seen in the first few quarters of the year.  As a result 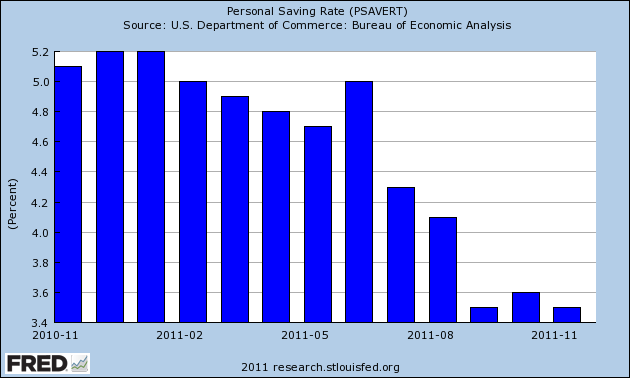 the increase in consumer spending is coming from savings.

Overall, the last three months of the year have made up for a fairly weak consumer year.  However, it has come with a cost: instead of increased earnings fueling the end of the year purchases, consumer shave been dipping into savings to make purchases.  Low DPI is expected when unemployment is 8.6%; however, increases in consumer spending can't continue if their only source of funds is savings -- especially when consumer sentiment is already very low.
Posted by Unknown at 11:30:00 AM