This continues my look at potential leading indicators as they may apply to pre-WW2 deflationary recessions. I have already looked at BAA bonds, housing starts, commodity prices, the stock market, and the yield curve. Today I will look at money supply.

Fortunately, the heavy lifting has already been done for me, as this is the subject of Milton Friedman's "A Monetary History of the United States" for which he won the Nobel Prize in Economics. I previously examined this issue also in two installments of a series of posts looking at the "Kasriel Recession Warning Indicator", here and here, to see if it worked during the Roaring Twenties and Great Depression.

To cut to the chase, here are three graphs showing YoY% changes in M1 (blue) and CPI (red). 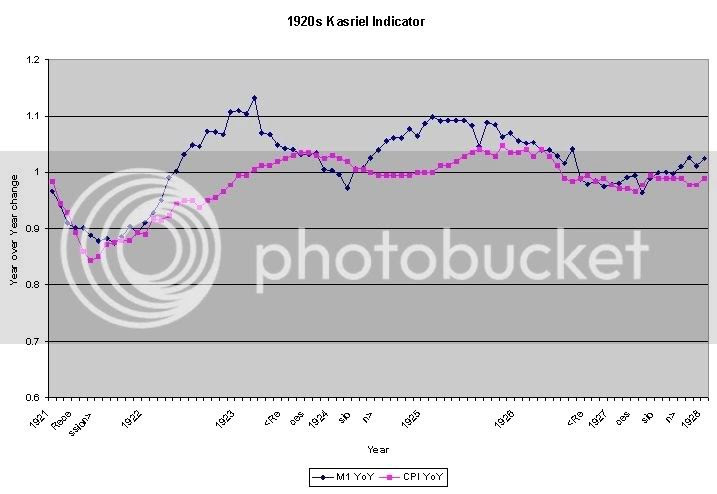 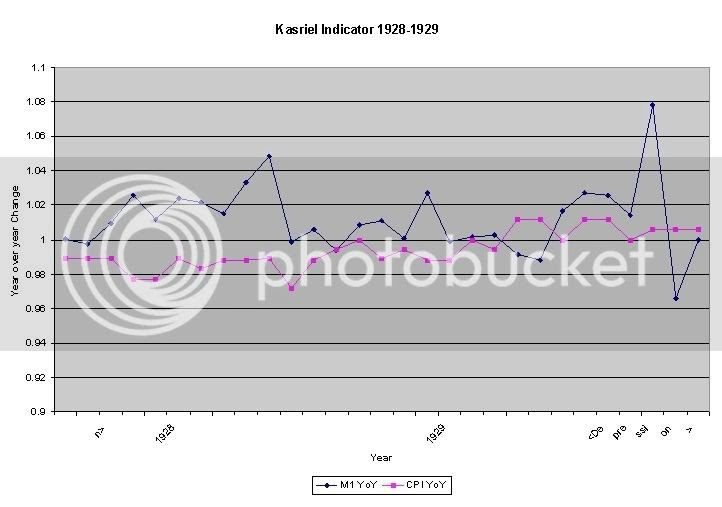 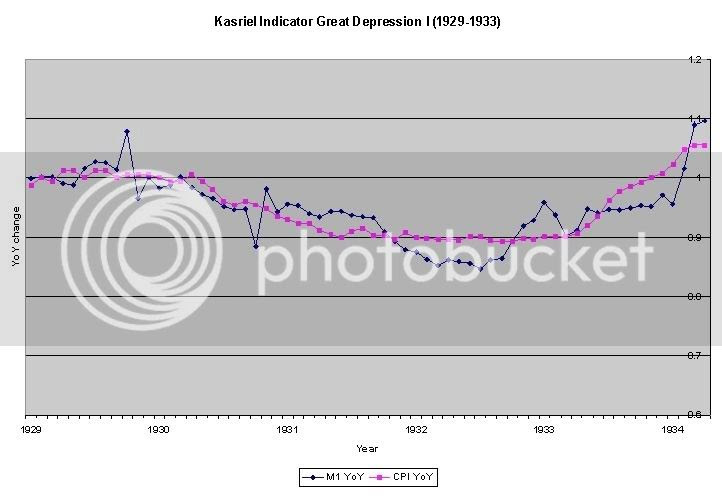 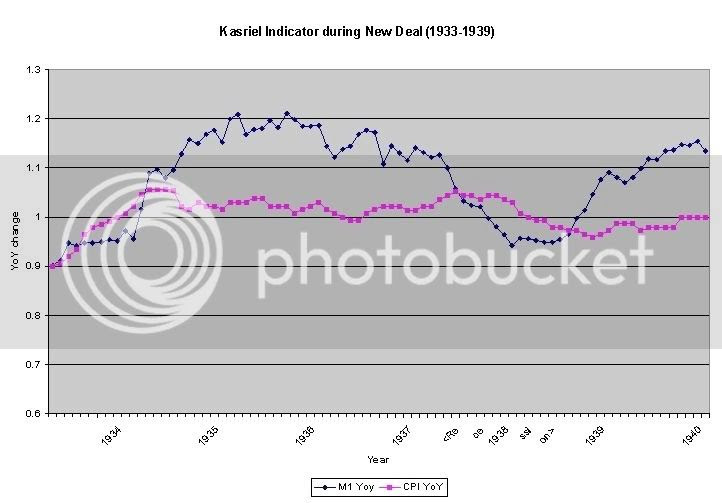 Here is a chart showing the periods of negative real M1 during the Roaring Twenties and Great Depression:

Although the monetary indicator of M1 vs. CPI generally behaves well during most of the 1920s, it was generally zero but not negative during the 1926-27 downturn, and it most emphatically does not predict the Mother of All Deflationary Contractions in 1929. There is a brief spurt of M1 in late 1929 at the time of the stock market crash. M1 again exceeds CPI all during 1931; and even worse, M1 lags CPI thoughout the crucial last 9 months of 1933 when economic expansion had again begun. Beyond that, generally during this period Real M1 was generally a coincident rather than leading indicator.

With deflationary busts, it appears, the signal of real M1 is different. When real M1 is positive both nominally and in real terms, it is a valid indicator of expansion.

Indeed, that held true in 2009 after I published the original posts above. Once it became clear that that wage-deflationary spiral was not imminent, and Oil had fallen to under $40 a barrel, it was clear that the YoY bottom in CPI was likely to occur in the summer or early autumn. As the below graph (YoY CPI in blue, monthly in red) shows, that is exactly what happened: 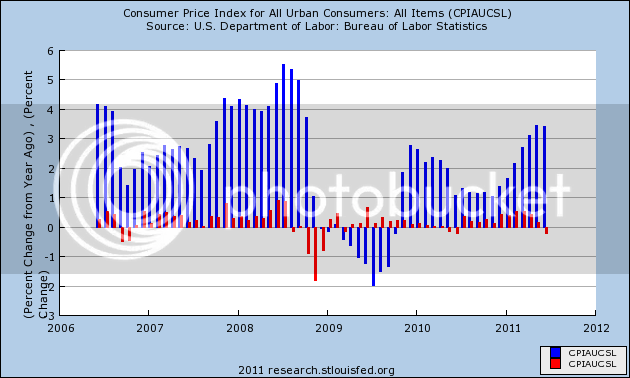 YoY deflation bottomed in June 2009 - which was the trough of the "great recession."
Posted by New Deal democrat at 1:30:00 PM