The Federal Budget Problem In A Few Simple Graphs

I originally posted this a little over a year ago, but considering the current budget debate, it seems to be a good time to post it again. 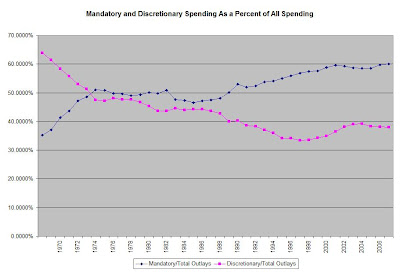 Mandatory spending has been steadily increasing as a percentage of all spending. 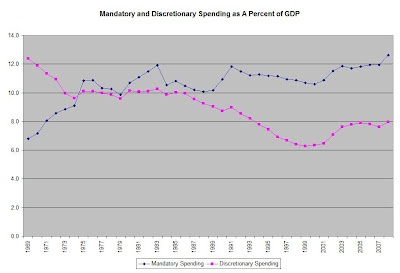 Mandatory spending has been steadily increasing as a percent of GDP 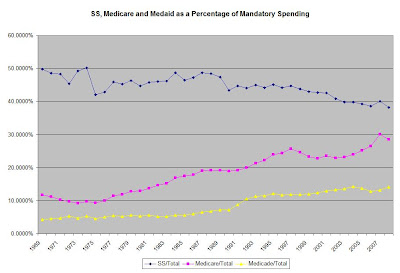 While social security has been dropping as a percentage of total spending, both medicaid and medicare have been increasing -- offsetting the decrease is social security spending. 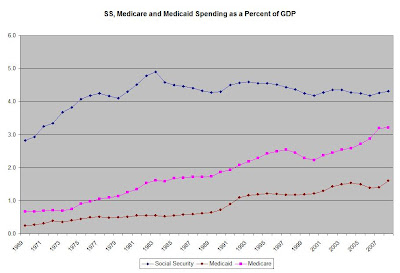 In addition, while social security spending as a percent of GDP has held remarkably steady over the last 30 or so years, the increase in medicaid and medicare spending has increased.

These charts show that the real problem we face is in the area of medical spending -- that we need to get it under control somehow.
Posted by Unknown at 8:30:00 AM