Let's take a look at the accompanying charts: 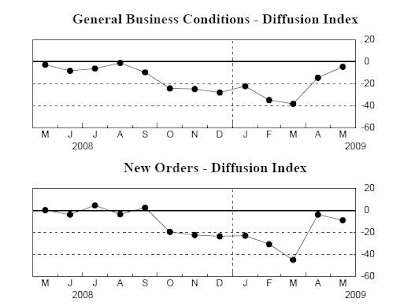 The general business index has risen two months in a row and is currently at levels last seen in July and August of last year. New orders spiked last month but retreated this month. This months retreat looks like people backed off after a big increase in the previous month. In other words, it's a natural move lower after increased activity. 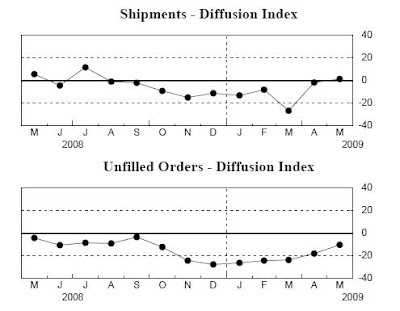 The bottom line is the last two months of NY Fed reports have been encouraging.
Posted by Unknown at 2:00:00 PM