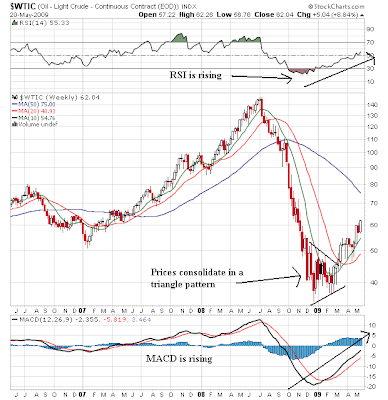 On the weekly chart we see a bullish scenario. The MACD and the RSI are both rising. Prices -- which fell hard at the end of last year -- formed a triangle consolidation pattern at the bottom and have risen through upside resistance. Also note the 10 and 20 week SMAs are now moving higher with the 10 about the 20. Finally, prices are above the SMAs. 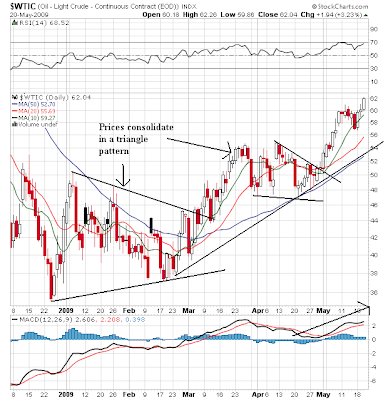 Inside the big triangle consolidation mentioned above we see two consolidations. Prices started to move higher at the end of February and have been rising since. Notice that prices are above the SMAs, the shorter SMAs are above the longer SMAs and all the SMAs are moving higher. This is the most bullish orientation possible. Finally, the RSI is at high levels and the MACD is rising.

Bottom line: these charts are bullish.

Let's take a look at some fundamentals: 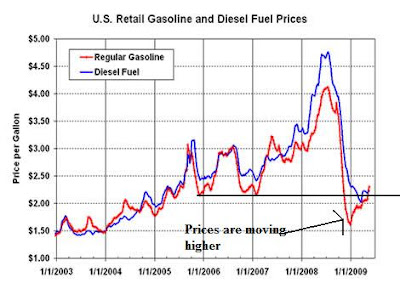 Fuel prices are starting to move higher, even though

I still think the market is getting ahead of the fundamentals. But I've been wrong before.
Posted by Unknown at 4:58:00 AM