A Look at the Federal Budget Part I

Today I'm going to be running charts from the CBOs historical data series spread sheet. This is simply the nuts and bolts of the nation's finances. Click on all images for a larger image. 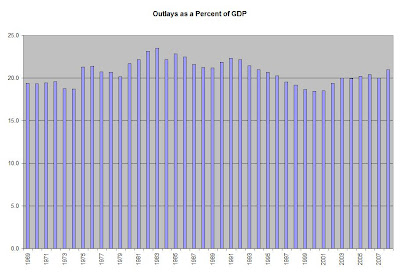 Despite the fact that total federal outlays as a percent of GDP have been remarkably constant since 1969 fluctuating around 20%. 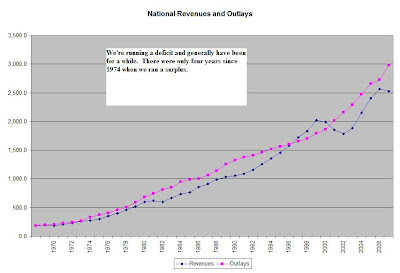 The country as a whole has been running deficits. In fact, we're only run a surplus in four of the last 40+ years. That means we've been issuing a lot of debt. But interestingly enough... 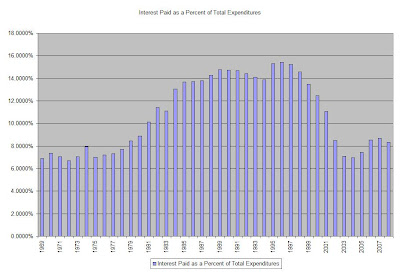 Interest paid as a percent of total federal expenditures dropped at the beginning of this decade thanks to record low interest rates. In addition, 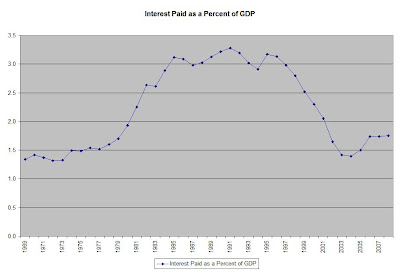 Interest paid as a percent of GDP has dropped as well.
Posted by Unknown at 10:00:00 AM