F. Hale Stewart is a financial adviser with Thompson Creek Wealth and a transactional attorney, specialising in asset protection and advanced tax planning. 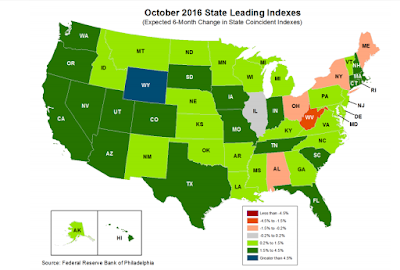 For both the euro area and the United Kingdom, the Single Market has been a fundamental asset and a positive sum game. Bringing together European economies has allowed the European Union to reap efficiency gains and better satisfy demand. For sectors such as financial services, the ability to serve an EU-wide, interconnected market is a key factor of success. The Single Market also makes it possible for firms to benefit from the complementarities of various locations across the EU as part of European value chains. Moreover, the free movement of people ensures that anyone can seek work where economic activity is concentrated as a result of agglomeration effects. Economic clusters in turn benefit from being able to recruit workers from across the EU.

The United Kingdom has benefited from the strong economic and financial links within the Single Market. In fact, more than 40% of the foreign value-added contained in UK exports comes from the rest of the EU. Within the Single Market, the United Kingdom has also been a major hub for wholesale banking activities. More specifically, the single passport means that UK-based banks can currently serve the rest of the EU without needing to set up subsidiaries in other Member States, and vice versa. That implies sizeable savings in terms of capital and liquidity.

If, in the long run, the risk of a less open UK economy in terms of trade, migration and foreign direct investment were to materialise, there would be a negative impact on innovation and competition and, thus, productivity and potential output. Such developments would first and foremost weigh on the UK economy. They would to a likely lesser extent also have some limited adverse spillover effects on the euro area. The overall impact would, however, vary across countries depending on their trade links with the United Kingdom.

Mexico Warns the US About Trade Issues

The US risks harming its own interests in any renegotiation of the North American Free Trade Agreement, as planned by Donald Trump, José Antonio Meade, Mexico’s finance minister, has warned.

“The damage assessment is not just Mexico’s,” he told the Financial Times during a recent visit to London. He added that the trade deal, which includes Canada as well as the US and Mexico, “is creating value on both sides of the border”.

Donald Trump’s economic plans received strong backing from the Organisation for Economic Co-operation and Development on Monday, with the international organisation predicting the president-elect’s infrastructure plans would increase US growth, combat inequality and energise discouraged workers.

The OECD’s support highlights how views of US prospects have altered over the past two months. Before the US election, international financial institutions, such as the International Monetary Fund and World Bank, feared a Trump presidency and officials discussed him as a sort of Voldemort for the global economic order — like the villain in Harry Potter, his name spoken only in hushed tones and behind closed doors.