In a recent speech, IMF Managing Director Christine Lagarde warned that the recovery remains too slow, too fragile, with the risk that persistent low growth can have damaging effects on the social and political fabric of many countries.

“Lower growth means less room for error,” said Maurice Obstfeld, IMF Economic Counsellor and Director of Research. “Persistent slow growth has scarring effects that themselves reduce potential output and with it, demand and investment,” he added.

The current diminished outlook calls for an immediate, proactive response, Obstfeld noted. To support global growth, he emphasized, there is a need for a more potent policy mix—a three-pronged policy approach based on structural, fiscal, and monetary policies.

"If national policymakers were to clearly recognize the risks they jointly face and act together to prepare for them, the positive effects on global confidence could be substantial,” Obstfeld added. 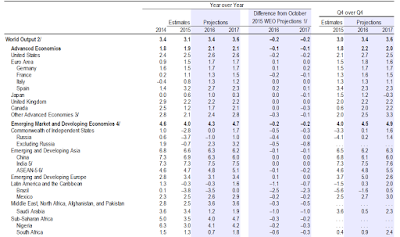 The price of goods bought and sold by UK manufacturers, as estimated by the producer price index, continued to fall in the year to March 2016.

Factory gate prices (output prices) for goods produced by UK manufacturers fell 0.9% in the year to March 2016, compared with a fall of 1.1% in the year to February 2016.

Core factory gate prices, which exclude the more volatile food, beverage, tobacco and petroleum products, rose 0.2% in the year to March 2016, compared with a rise of 0.1% in the year to February 2016. 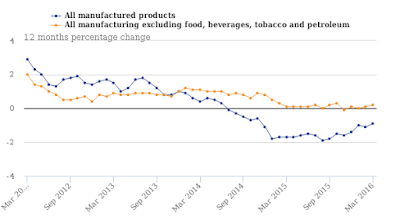 The rate has increased gradually since October 2015 although is still relatively low in the historical context. 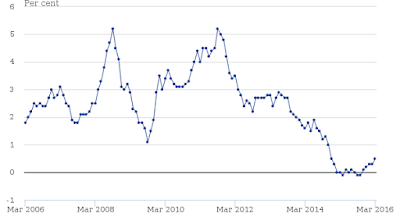 Since the implementation of the North American Free Trade Agreement (NAFTA), trade between the U.S. and Mexico has seen tremendous growth, increasing from approximately $160 billion in 1994 to currently over $530 billion. For the U.S., Mexico has become its third most important trade partner (after Canada and China), and for Mexico, the U.S. is the top trade partner.  Due to NAFTA’s reduction in tariffs and elimination of trade barriers, U.S.–Mexico intraindustry trade has also expanded notably. Currently, approximately 40 percent of content inU.S. imports from Mexico originated in the U.S., surpassing the U.S. content in imports from Canada (25 percent) and China (4 percent).1 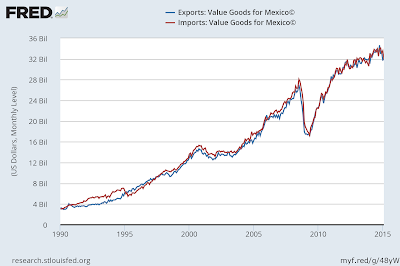 Weekly Chart of the Mexico ETF 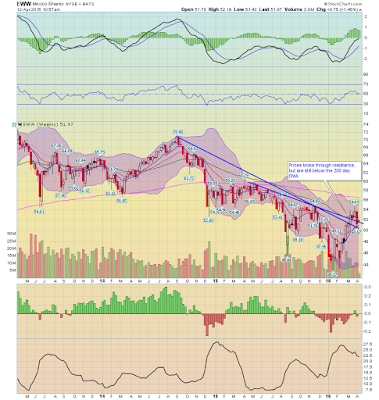 
Investors were never expecting a particularly strong earnings season, but the weaknesses are showing up in unlikely places.

One of them is the health-care sector.

So far, 94 companies in the S&P 500 Index have issued earnings-per-share guidance below consensus analyst estimates, the second highest level on records going back a decade, according to FactSet. Seventeen of those companies were in health care, a record for the sector. 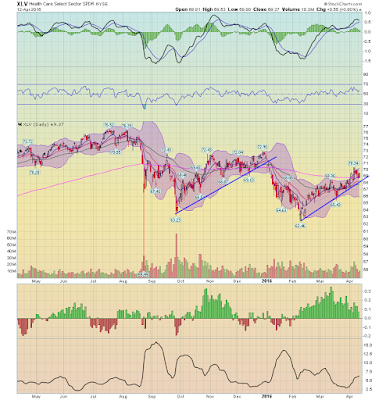 Last December, the FOMC decided to raise rates for the first time in seven years, increasing the target federal funds rate to ¼ to ½ percent. Now that the first interest rate increase is out of the way, the question on everyone’s mind is how rapidly interest rates will rise in the current year. Many observers have noted that central banks in some other major countries have actually moved toward easier monetary policy in recent months. In January, for example, the Bank of Japan announced that it would begin charging an interest rate of negative 0.1 percent on reserves held at the central bank. In March, the European Central Bank, which has charged negative interest rates on such reserves for nearly two years, announced further cuts to several key interest rates and expanded its asset purchase program.

These policy decisions were a response to slowing inflation and economic growth in their respective regions. But the situation in the United States is different. As I will discuss in more detail, our labor markets are strong and growing stronger, and the household sector is healthy. This is fueling steady growth in household spending, which is a substantial portion of GDP. Certainly, many American households still face significant economic challenges. But overall, the prospects for continued growth in employment and consumer spending look good. As I will discuss later, U.S. economic leadership within the global economy makes divergence between the monetary policies of the United States and other major economies that much more likely.