Governing Council judged that the combination of slower global and US growth, a new round of cuts to investment in Canada’s energy sector, and a stronger Canadian dollar would have meant a lower projected growth profile for the Canadian economy than we had in January. I know this sounds contrary to what you have heard lately, because a range of monthly economic indicators have started the year strongly. Some of this strength represents a catch-up after temporary weakness in the fourth quarter, and some of it reflects temporary factors that will unwind in the second quarter. We think it is best to look through that variability, and note that the economy appears to be achieving average growth of close to 2 per cent in the first half of the year, which is encouraging.

Specifically, the collapse in investment in the commodity sector will mean a slowdown in the economy’s potential growth rate. In the near term, we’ve lowered potential output growth from 1.8 per cent to 1.5 per cent. You can find details in a staff analytical note we published today. Later this year, the natural sequence of higher non-resource exports and a tightening of capacity constraints should lead to higher investment and employment in the non-resource economy, and therefore growing capacity. Looking beyond the projection horizon, growth in potential output overall should pick up again. This newly-added capacity may give the economy some additional room for non-inflationary growth beyond what we are assuming today. 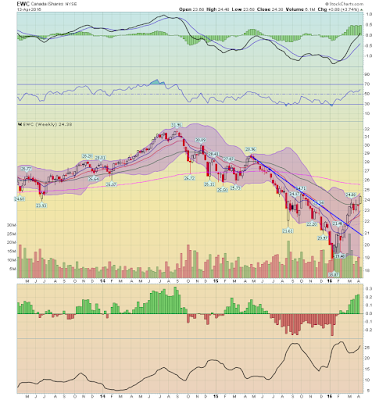 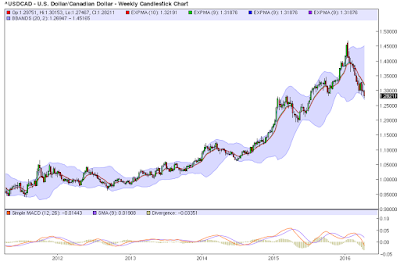 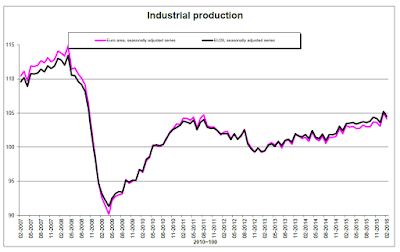 The bottom line: the jury’s out on what today’s numbers mean, if anything. But until (or if) we see convincing evidence to the contrary, it appears that the retail sector’s forward momentum has slowed. The big question is how the broad trend looks once this week’s numbers clear. The threat of a new recession remained low for the US as of the Apr. 10 edition of the US Business Cycle Risk Report. Will the upbeat tone survive with this weekend’s update of fresh data–including today’s retail figures? Probably, although it’s only Wednesday. Let’s see what the wind blows in for tomorrow’s weekly numbers on jobless claims and Friday’s monthly update on industrial production.

“We’re having a little bit of a soft patch here for the consumer, with no obvious rationale,” Michael Feroli, chief US economist at JPMorgan Chase, tells Bloomberg. “It’s definitely a softer start to the year. Provided job gains remain as strong as they’ve been, we expect consumer spending should be OK.”

The three-tiered deposit system with the BOJ 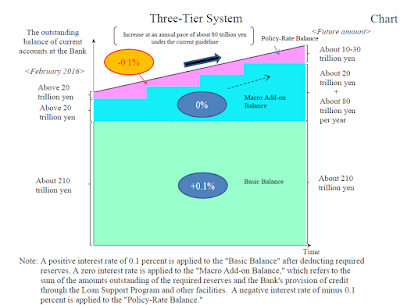 Commercial banking, the division run by Doug Petno, posted a 17 percent pofit decline to $496 million as loan-loss reserves, fueled by the industry’s exposure to energy companies, surged to $304 million from $61 million a year earlier. 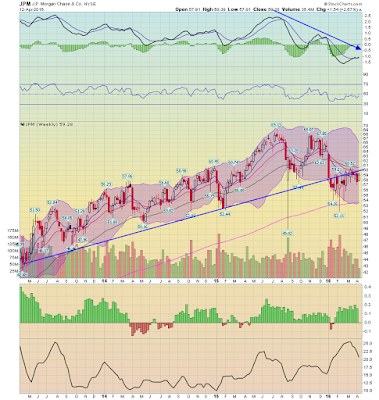 It's Not Too Big Too Fail, It's Too Complex To Fail (FT)

Complexity is the enemy of stability. Financial conglomerates have become too diverse and sprawling for their chief executives or boards to understand what they do. The same complexity creates endemic conflicts of interest and is associated with cross subsidy between activities. There are fundamental differences in the cultures required to trade derivatives, to give private financial advice to big corporations, to manage assets on behalf of savers and to provide an efficient retail banking service.

Though a decline in oil prices driven by higher oil supply should support global demand given a higher propensity to spend in oil importers relative to oil exporters, in current circumstances several factors have dampened the positive impact of lower oil prices.  First and foremost, financial strains in many oil exporters reduce their ability to smooth the shock, entailing a sizable reduction in their domestic demand. The oil price decline has had a notable impact on investment in oil and gas extraction, also subtracting from global aggregate demand.  Finally, the pickup in consumption in oil importers has so far been somewhat weaker than evidence from past episodes of oil price declines would have suggested, possibly reflecting continued deleveraging in some of these economies. Limited pass-through of price declines to consumers may also have been a factor in several emerging market and developing economies.


Analysts Are Invariably Bullish When They Start Estimating Earings 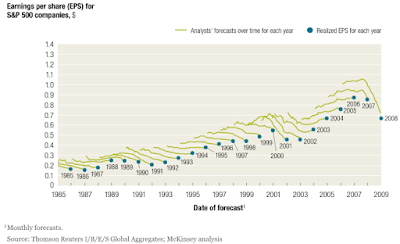