As an initial matter, while this morning's retail sales number wasn't good, after the poor report on March auto sales, I can't imagine why anybody was surprised.  Since inflation adjustments in retail sales are important, I'll withhold further comment until the CPI is reported tomorrow.

Like the big decline in corporate bond yields that I wrote about Monday, this morning's producer price report is in line with the idea that the shallow industrial recession is ending.  We have over 100 years of data on producer commodity prices, and what they show is that deflationary (or even severe disinflationary) recessions always end at very least when the YoY% decline is less than half of its worst level (1927, 1929-32), and most often right when the change in YoY commodity prices are at their worst. 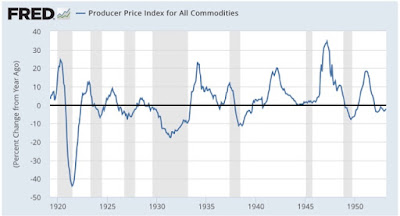 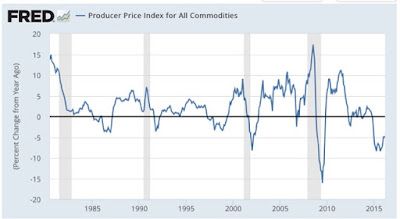 Here is a close-up on the last two years: 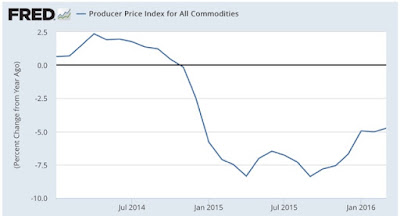