The #1 graph to watch in 2015: the unemployment rate and wage growth

This is the final installment of my series showing the 5 economic relationships I expect to pay the most attention to in 2015.  So far, here is the list:
But the number one relationship on my list has to do with whether we will actually start to see real wage growth.

Since both the long and short leading indicators have continued to trend higher, I expect the economy to continue to grow throughout 2015.  And that means that the most important of the 4 big coincident indicators - namely, jobs - should also continue to be positive. 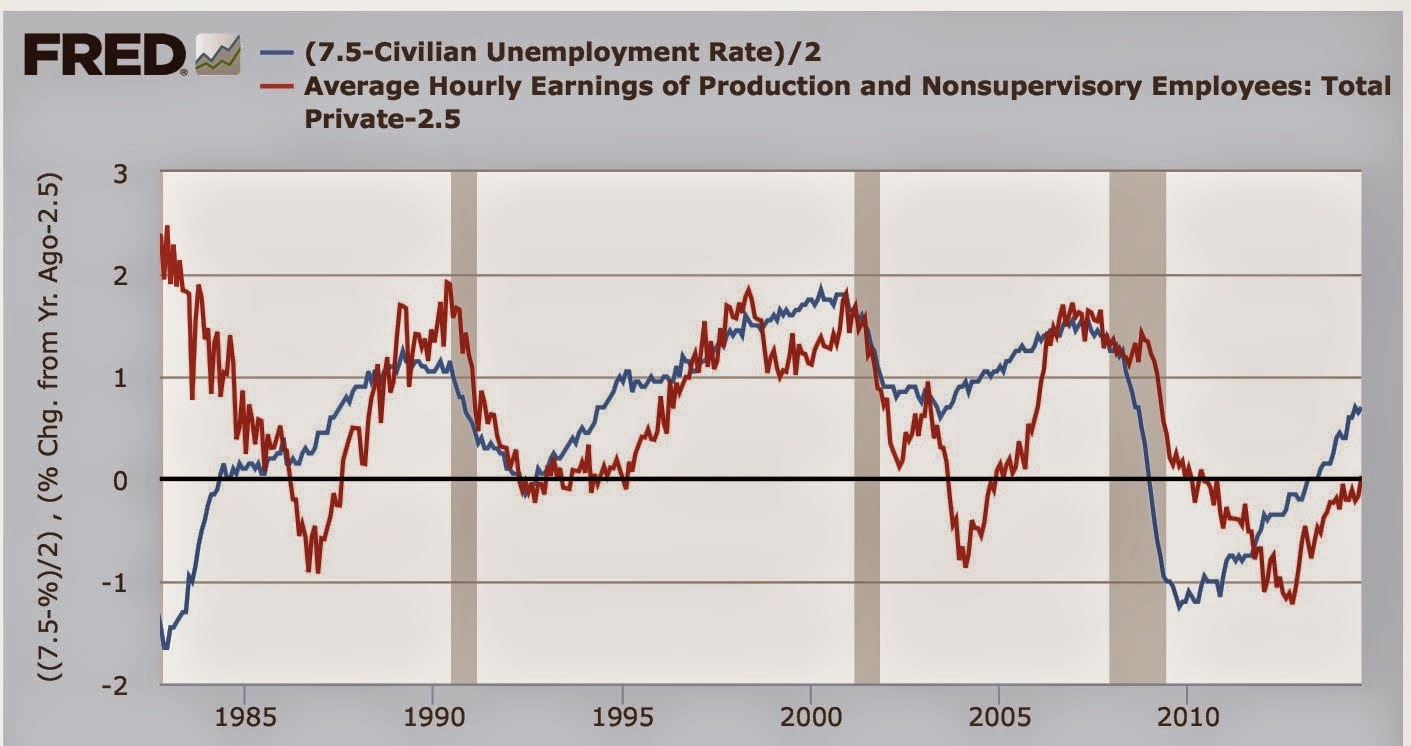 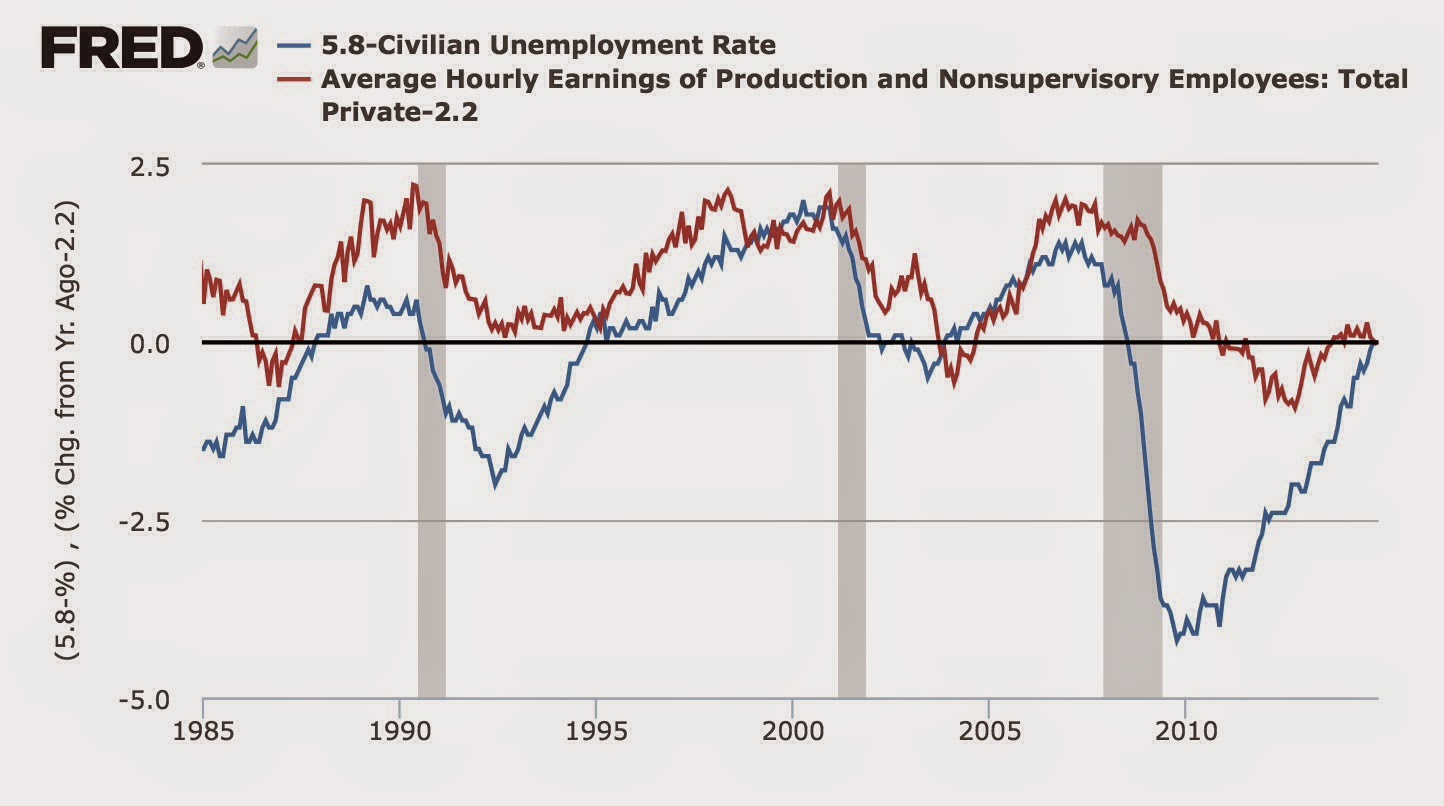 One note of caution.  Here is the close-up of the unemployment rate vs. nominal YoY wage growth for the past two years: 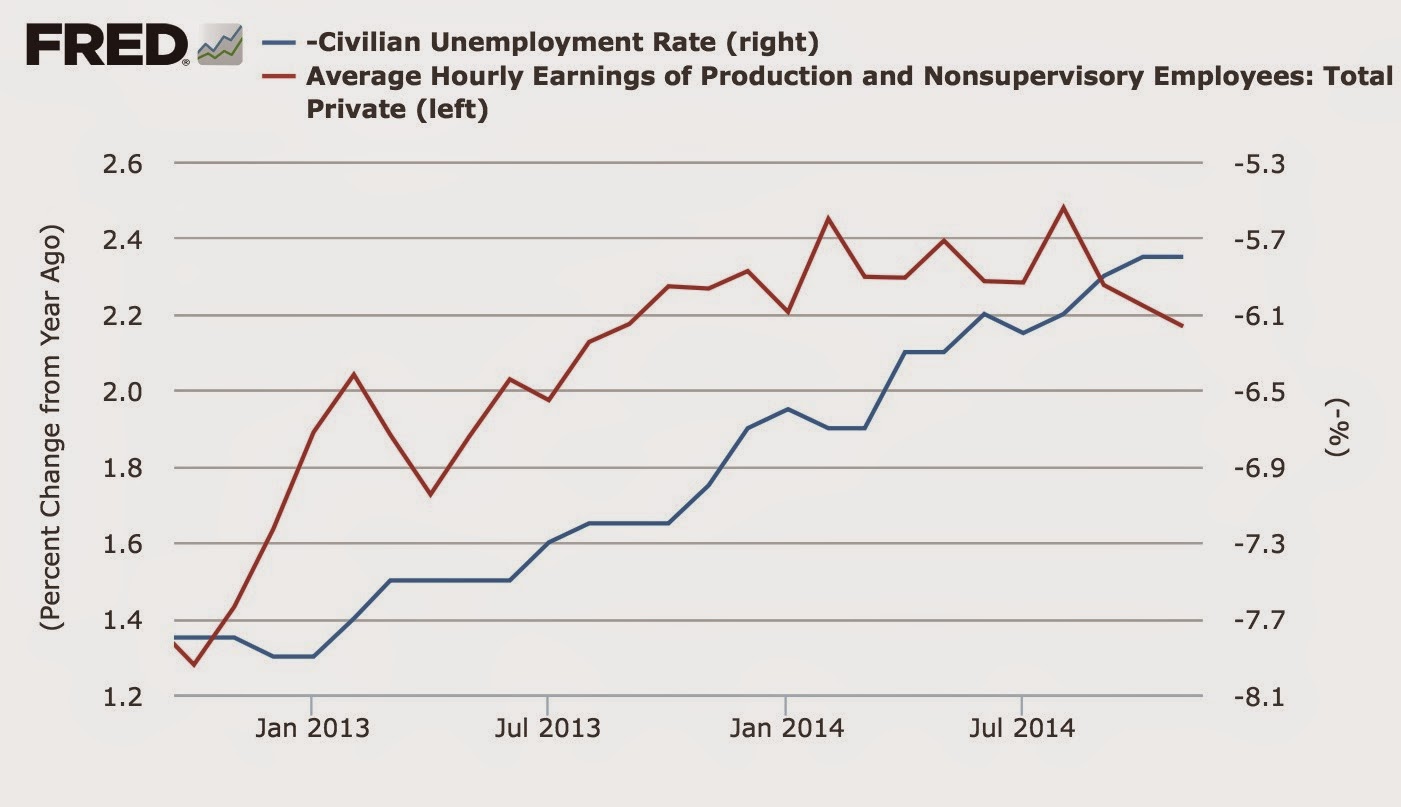 Nominal wage growth appears to have stalled in 2014, and even declined slightly in the last several months. There have been several such moves in the past, especially in the first half of the 1995, but typically actual declines in nominal wage growth have been short-lived.  Needless to say, I expect the trend to re-assert itself in the coming few months, and it will be a problem for my model if it doesn't.

I expect the unemployment rate and its components to fall in 2015.  Will that finally translate into wage growth.  That's the #1 relationship I expect to be paying attention to.
Posted by New Deal democrat at 10:30:00 AM