This is a continuation of my series describing 5 economic relationships I'll be paying particular attention to in 2015.  Here are the previous posts:
That the economic expansion will continue seems like an easy call.  That there will continue to be job growth each month comes with that territory.
But there are still too many workers, or potential workers, who aren't participating.  One measure of their stress is the level of part-time workers for economic reasons as a share of the civilian labor force.  Here's that graph going back 50 years: 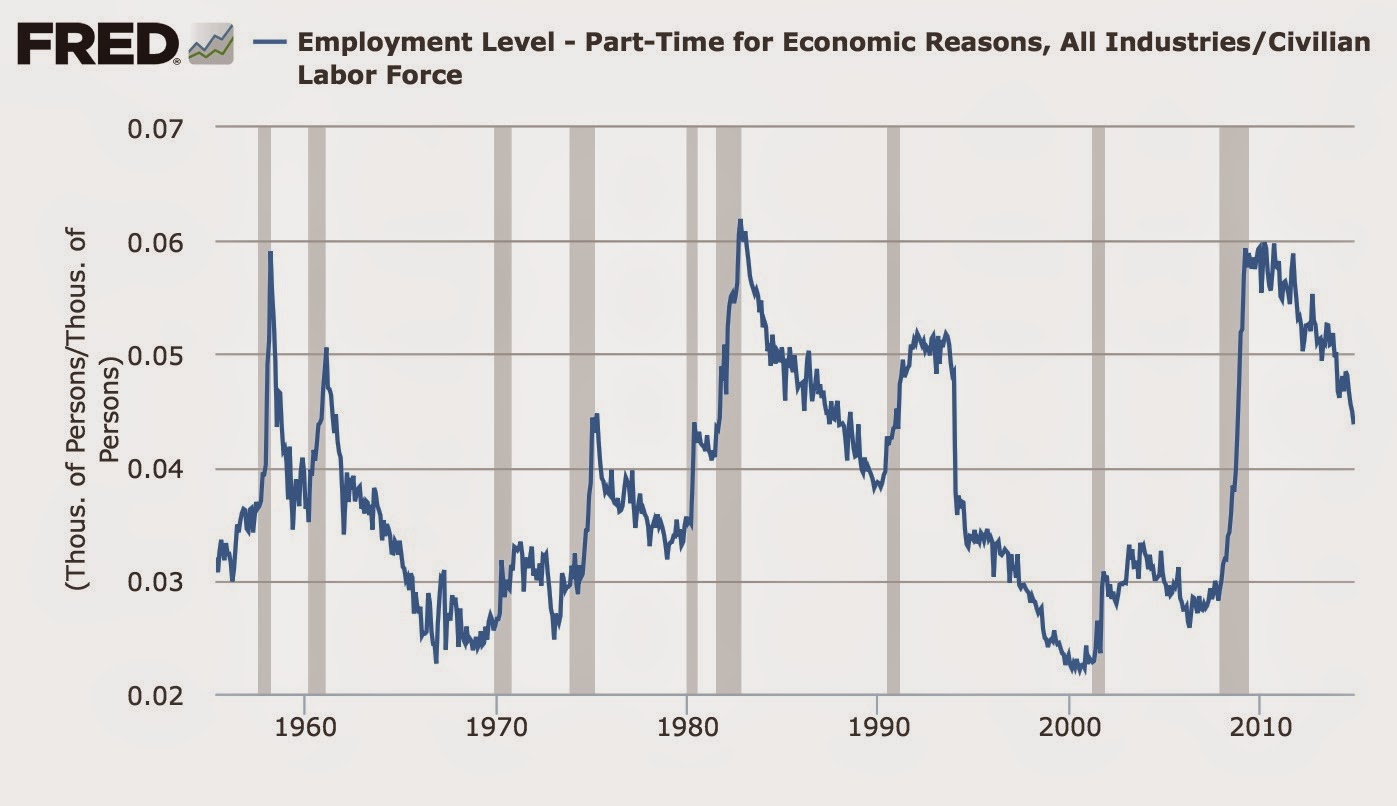