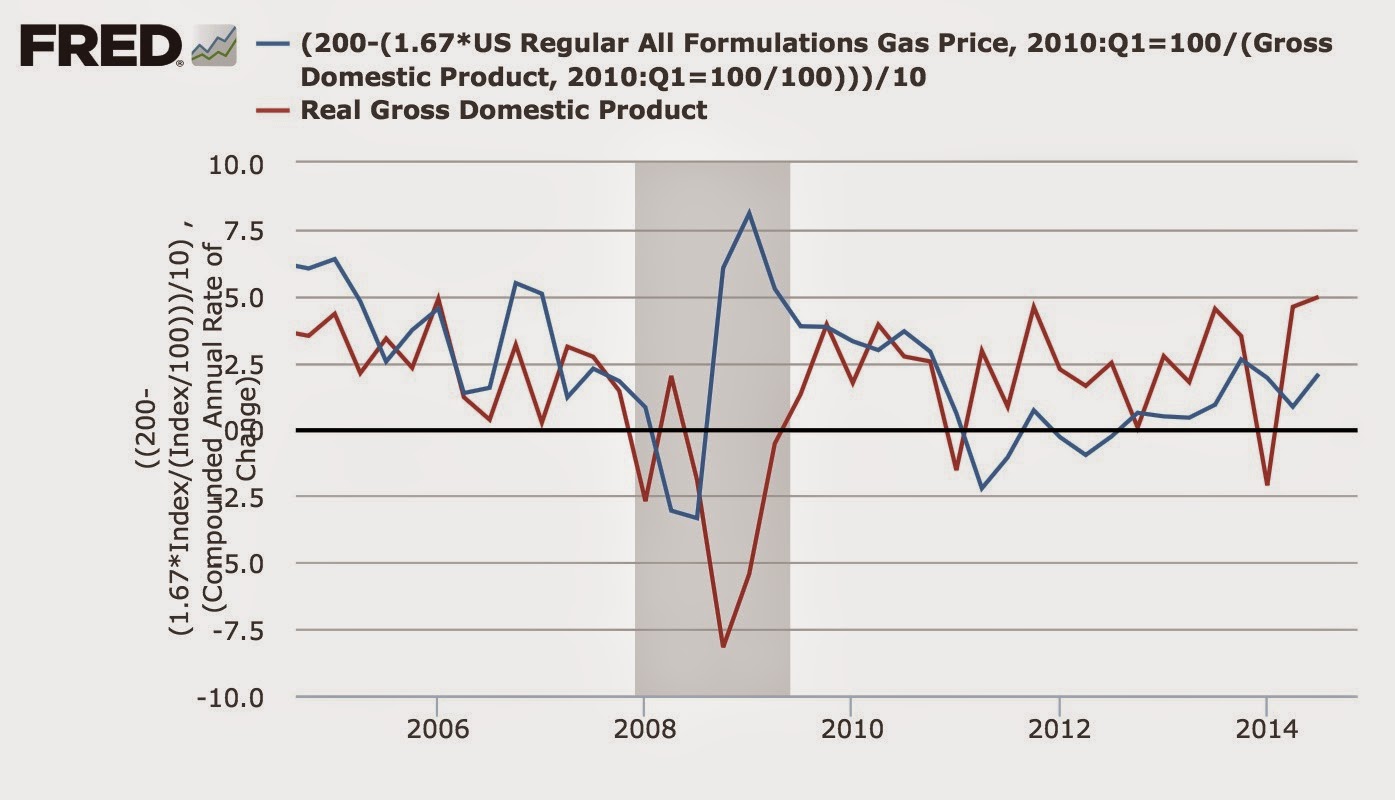 Generally, the closer the "oil choke collar" comes to engaging, the less the GDP growth.
In the past 10 years, whenever there has been a steep decline in the price of gas, it has bounced by about $0.25 to $0.30 off its winter low quickly, and risen on average about $1.00/gallon to its summer highs, as shown in the following graph from GasBuddy: 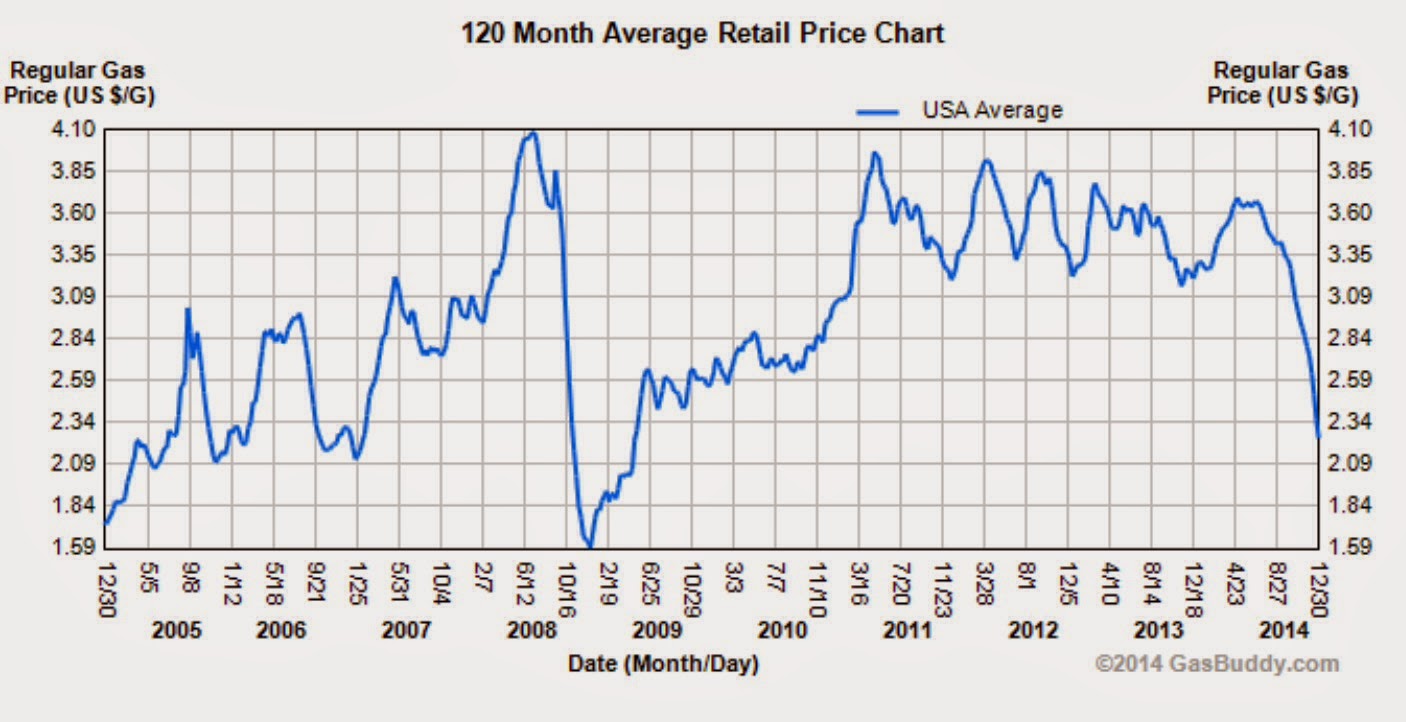 As I write this, gas costs about $2.25/gallon.  If that were the low, I would expect a quick bounce to about $2.50, and then a springtime increase to a peak of about $3.25/gallon.
All else remaining equal, if the price of gas remains in a lower overall range in 2015, we should see an acceleration of GDP growth, and with it, more jobs.