Before we leave today's employment report, here is one more item of interest, which I overlooked this morning.

The unemployment rate declined for the right reason:  fewer people were unemployed, even though  more people entered the labor force.  This is very good.  Additionally, the people not counted in the unemployment rate because they were so discouraged they didn't look at all - but would like a job now - also decreased.  the total decrease of over 600,000 in a labor force of 150 million or so, means that the "real" unemployment rate dropped by -0.4% to 9.6%, as shown below: 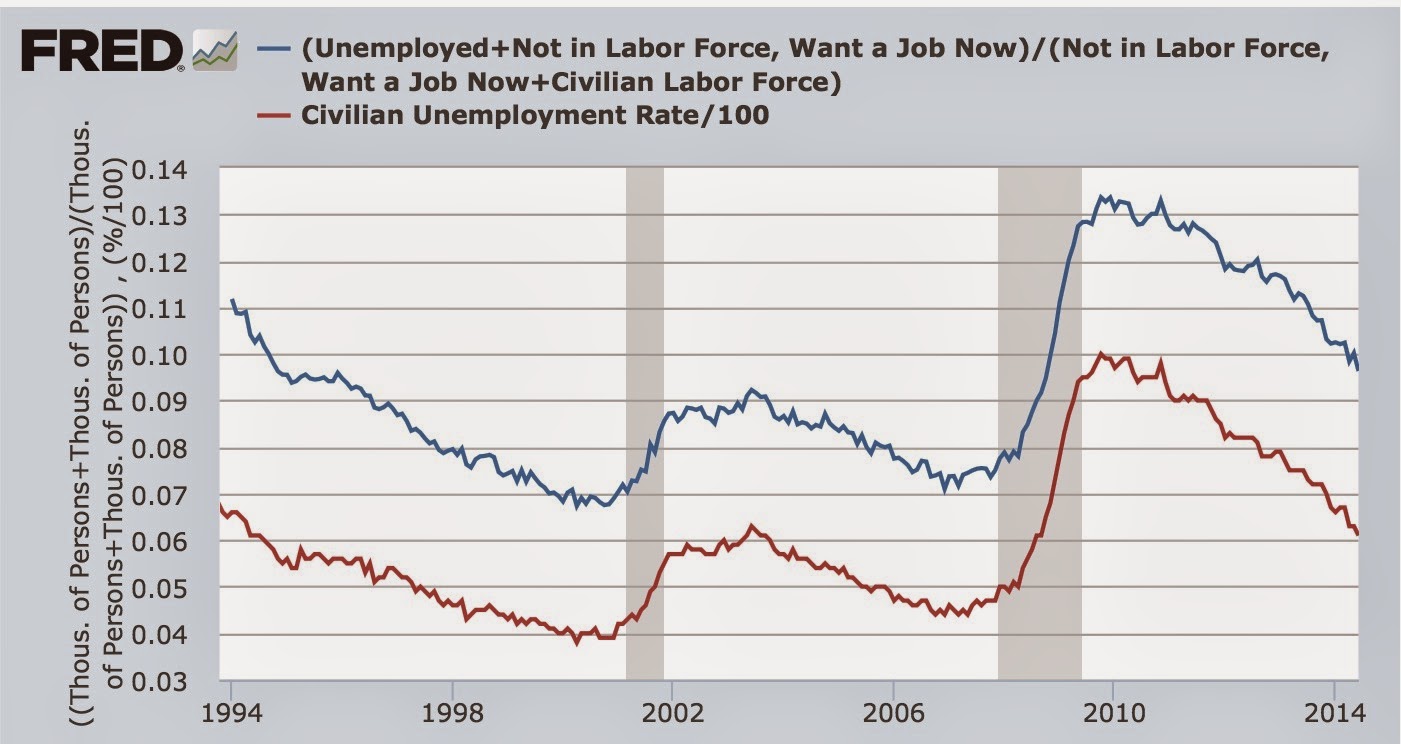 This is the right way to account for discouraged workers.  Any other calculation you read that extrapolates estimates from a decade ago, or assumes no Baby Boom, is a waste of math.
Posted by New Deal democrat at 4:20:00 PM