Deflation returns, but is it good or bad?

As I expected, March consumer prices clocked in at -0.2%, the third deflationary reading in a year (May 2012 showed -0.1% and November 2012 showed -0.2%). This had everything to do with the unexpected springtime decline in gasoline prices.

The good news is, this means that real, inflation adjusted hourly wages for the average American actually rose in March on a seasonally adjusted basis, and while they haven't made back all of February's decline, are again close to a 2 year high: 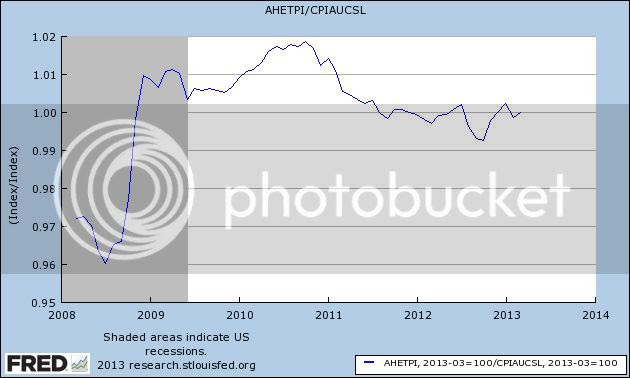 When we zoom in on more recent behavior in gas prices, we can see that as of mid-April, they are down -10% YoY, the deepest decline since the great recession: 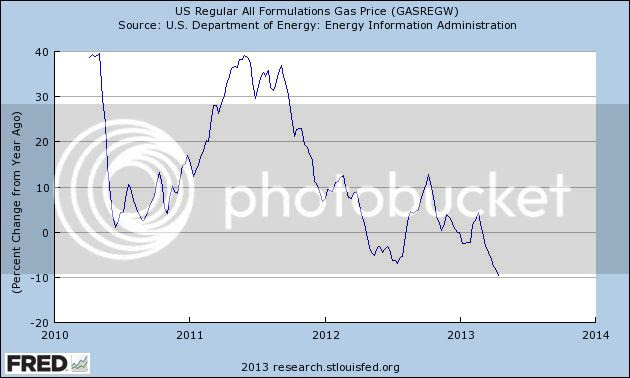 And zooming in even closer, we can see that average month-over-month gas prices are down an average of over -2.5% so far this month: 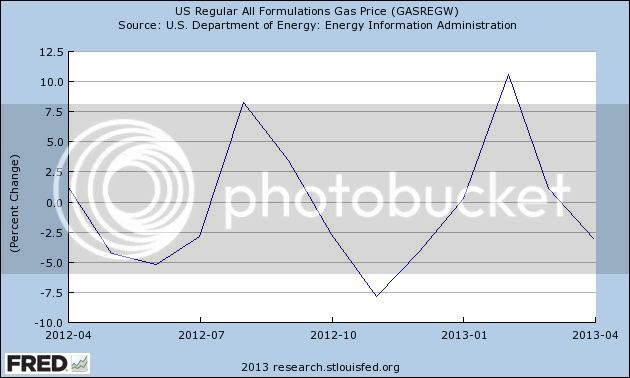 On the other hand, weak petroleum prices have typically been associated with economic weakness and outright recession. Here's a graph of the YoY% change in gas prices since their bottom in February 1999 (blue), compared with the YoY% change in real GDP (red, scaled *10 to better show changes): 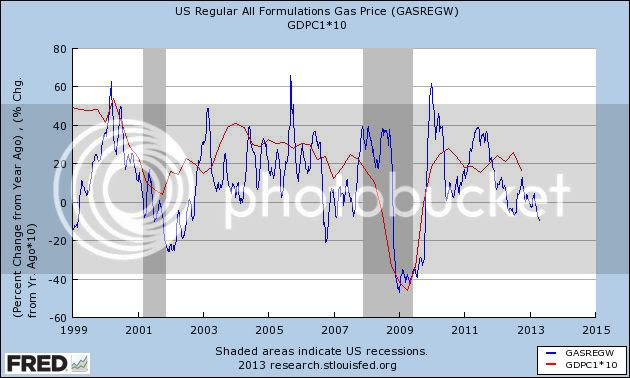 Bottom line: if this is just a cyclical move in gas prices, it portends real economic weakness. If, however, this really is a symptom of the Oil choke collar loosening, i.e., a secular move, then this is good deflation and helpful to the economy. With industrial production improving by over 1.5% in the first three months of this year (whatever is ECRI going to say now?), I lean towards the optmistic interpretation.
Posted by New Deal democrat at 1:30:00 PM