I spend a lot of time talking about and analyzing manufacturing data for both the US and other countries.  There are also tons of US manufacturing indicators but (oddly) only one  macro level services index (the ISM services index).  In addition, industrial production is a key metric used by the NBER to date recessions.  But manufacturing is a small part of the US economy.  So, why all this focus on manufacturing?

Because it's a really good coincident indicator.  Let's look at industrial production (the most visible manifestation of manufacturing activity and also a stat for which we have a long series of historical data) and compare it to GDP.  The data series below have been normalized so that both real GDP and IP are based on 100.  I've also made the IP data quarterly by summing the monthly data. 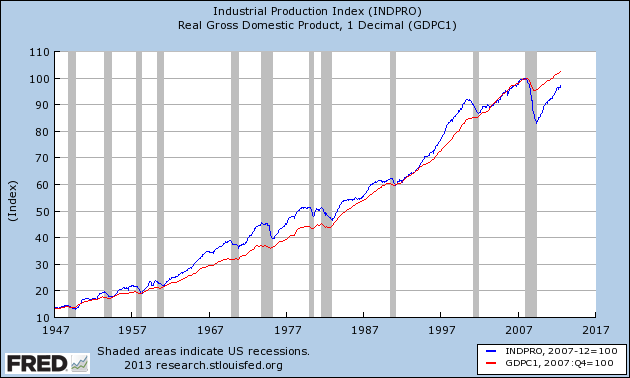 The above chart shows the relationship between industrial production and real GDP.  While correlation does not equal causation, these two data series have a similar trajectory for most of the other's existence. 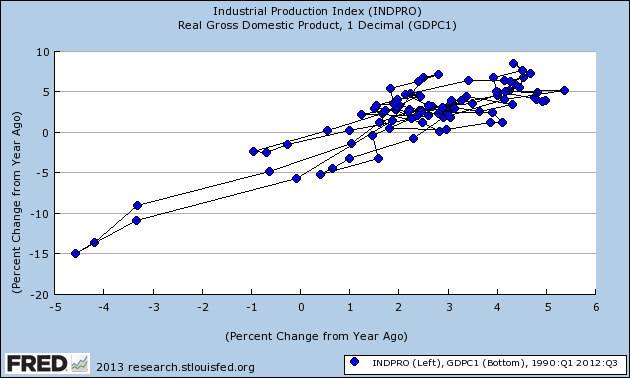 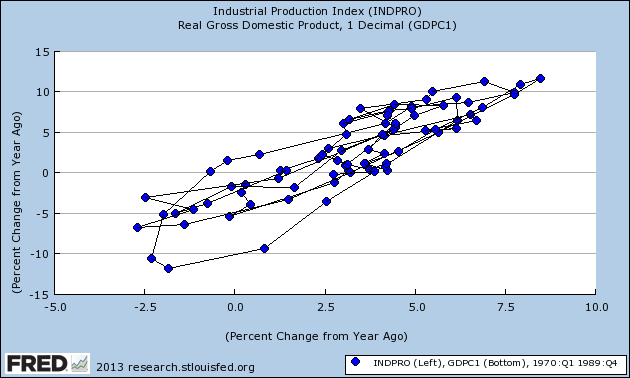 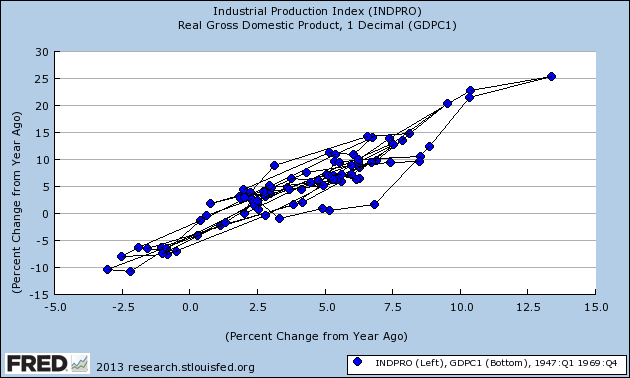 As with the first chart, notice the clear positive relationship between industrial production and real GDP; when IP increases, do does GDP while the reverse is also true.