Over the last month or so, Japan has elected a new government.  Now that a sufficient amount of time has passed, let's take a look at the effect on several Japanese asset classes. 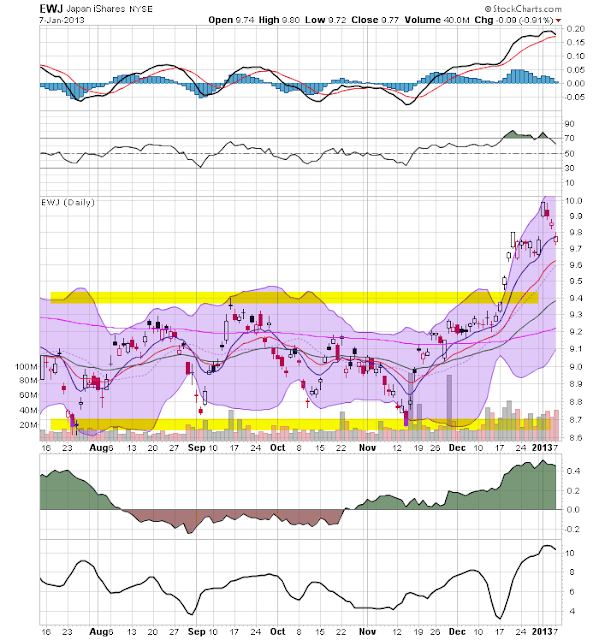 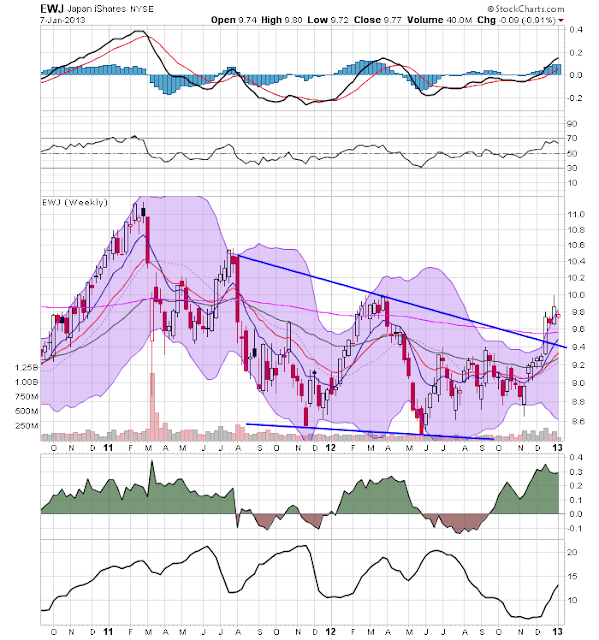 The top chart shows the Japanese ETF, which was consolidating between the 8.7 and 9.4 level.  However, prices have now moved through support at the 9.4 level and advanced a little over 6% to just shy of the 10 level.  All of the underlying technicals are now bullish.  The lower chart -- which is in a weekly time frame -- shows that prices were consolidating in a downward sloping triangle pattern for approximately a year.  However, prices have now moved through upside support as well, with an accompanying increase in the CMF and a rising MACD. 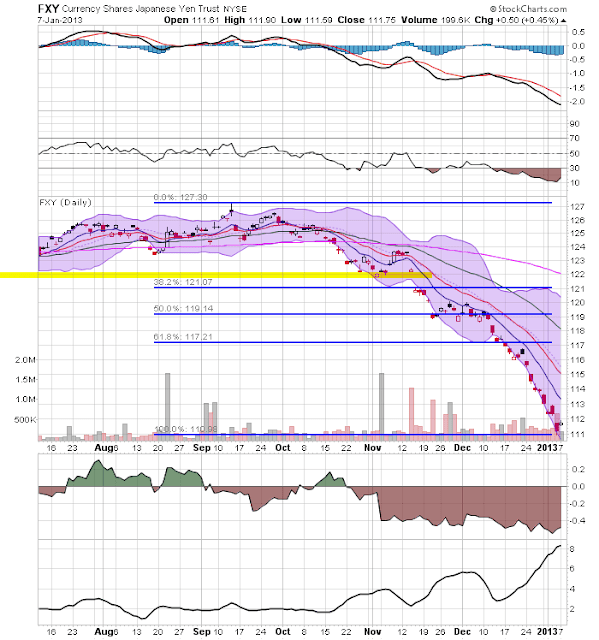 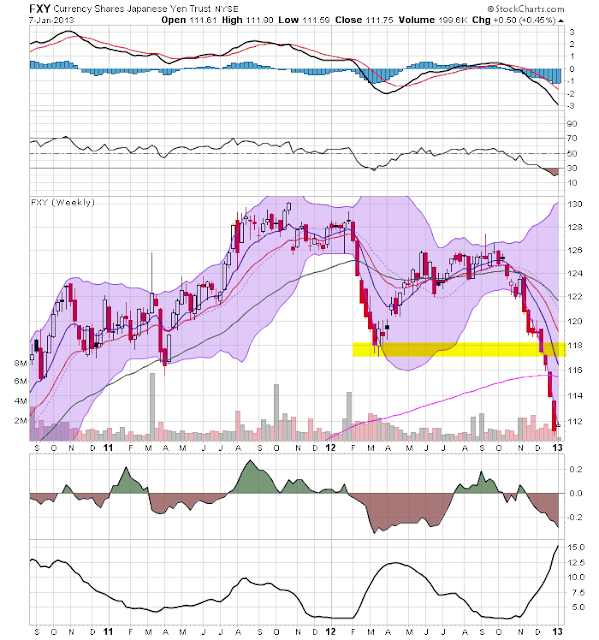 The top chart of the yen shows that prices have dropping about 9%, falling from the 122 level to the 121.  The move lower has been consistently lower, with no relief rally at this point.  The lower chart shows the yen weekly, which also slows that the sell-off has been occurring for about two months.  There has been an uptick in the weekly volume charts and most importantly an increase in volatility as evidenced by the increased Bollinger Band width.