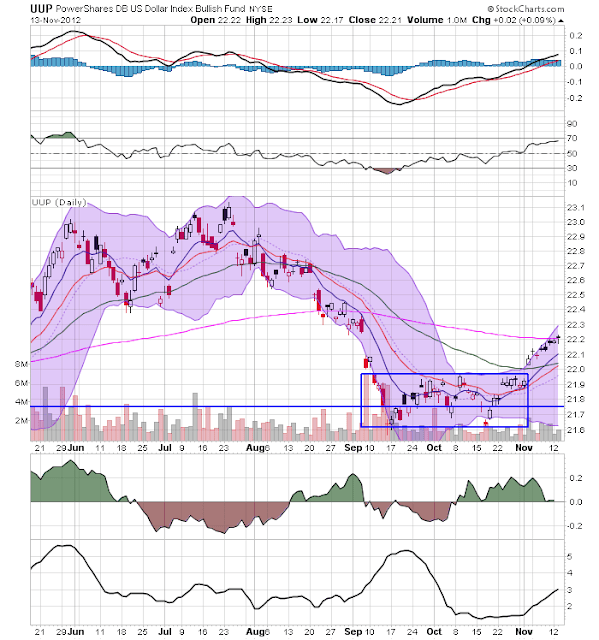 After bottoming from mid-September to Mid-October, the dollar has been creeping higher.  Now, prices are inching above the 200 day EMA.  Accompanying this move have is a rising MACD.  However, notice the CMF is hovering right around the 0 level, indicating the money flow is weakening.  The dollar is catching a bid from the safety trade caused by the weakening EU situation. 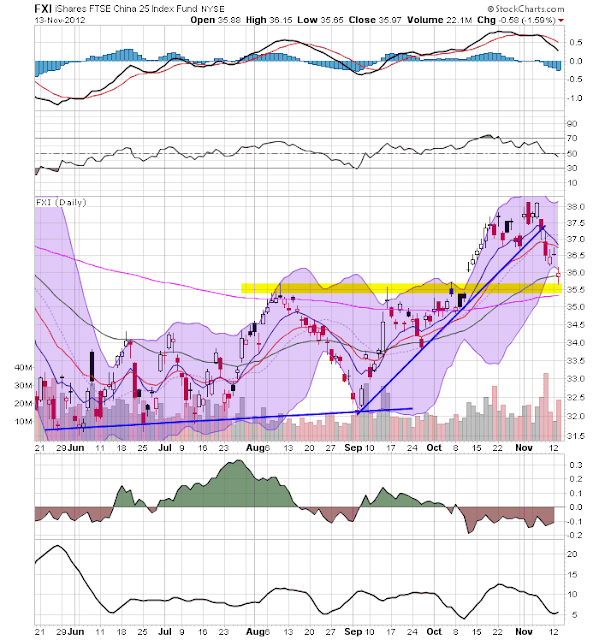 The Chinese market, which was in a two month uptrend, has broken trend and is now at support established in early August and September.  notice the uptick in volume over the sell-off, indicating traders are getting out of the market, at least for the short term.  In addition to price support the 50 day EMA will provide short-term support. 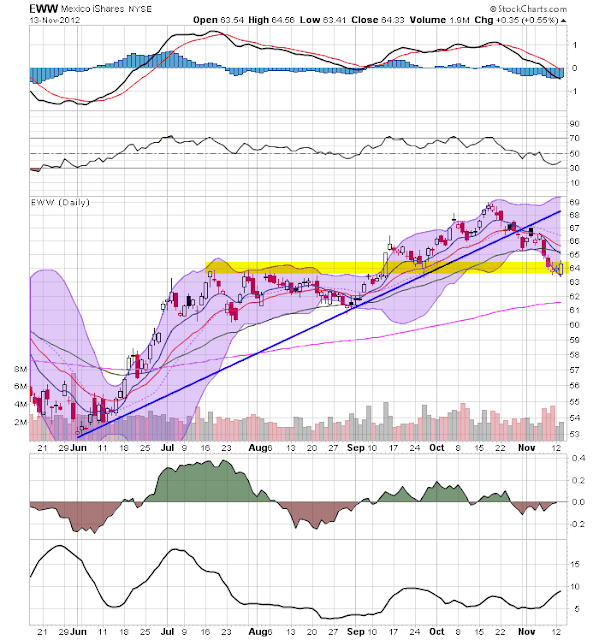 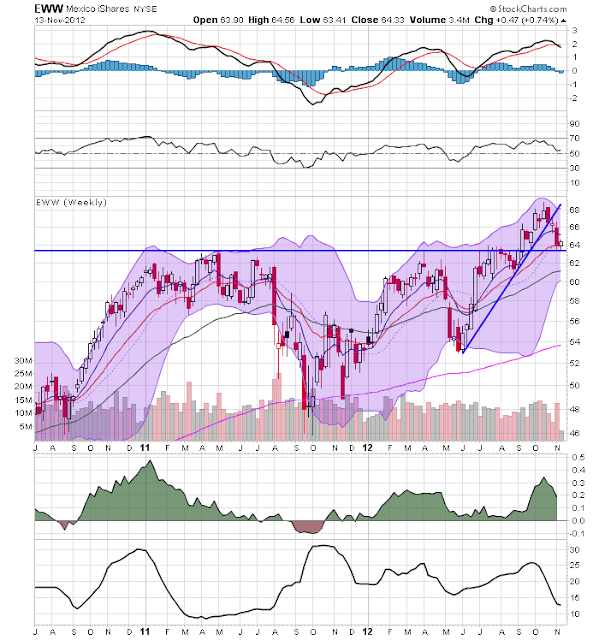 The daily chart of the Mexican market (top chart) shows that prices have broken trend and are now trading at levels established in July and August.  But the weekly chart shows that these levels have far more important technical significance, as they have been hit on several occasions over the last few years.  A move below these levels would make the 50 week EMA the logical technical target. 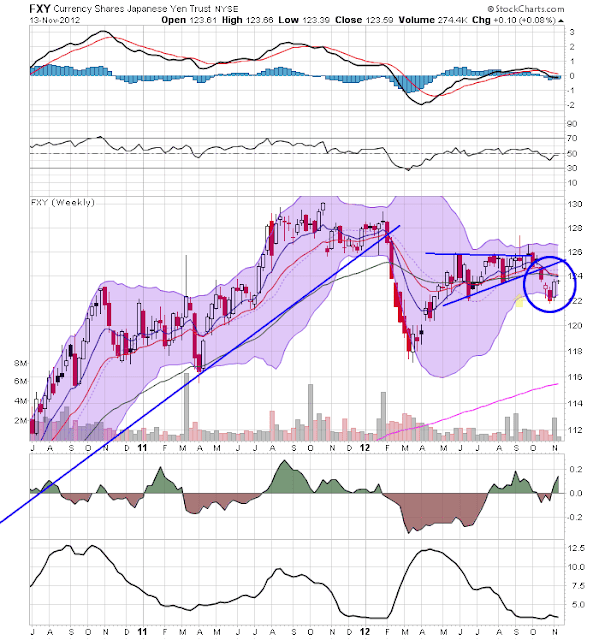 The weekly yen chart shows that prices are at important levels.  After printing negative GDP, it's standard practice for the underlying currency to weaken.  However, the yen is also a key currency that is a primary safety trade and carry trade play.  As such, there's a decent bid for it.