The charts below of major European equity indexes have a great deal in common, which is why I'm presenting them together with a common introduction.  All have had some type of rally over the last six months.  In addition all are now either barely hanging on technically or moving lower. 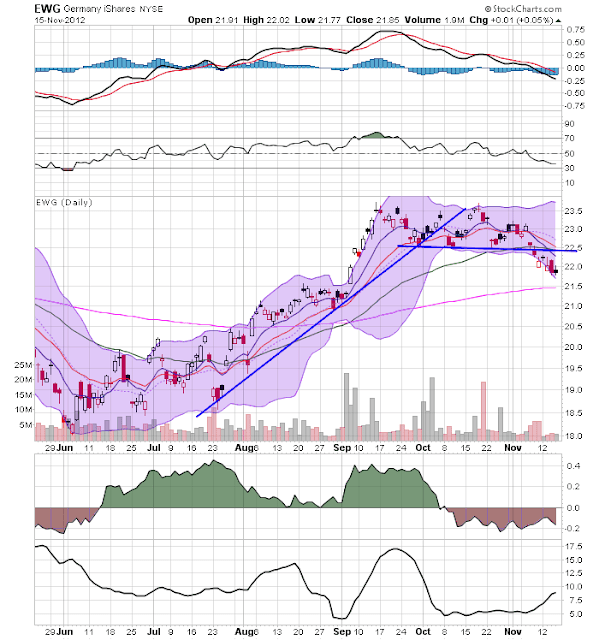 The German ETF rallied from a nit above 18.5 to 23.5 over the August to September time frame. PRices consolidated afterward and are now moving below the technically important level of 22.5.  The next logical stop is the 200 day EMA. 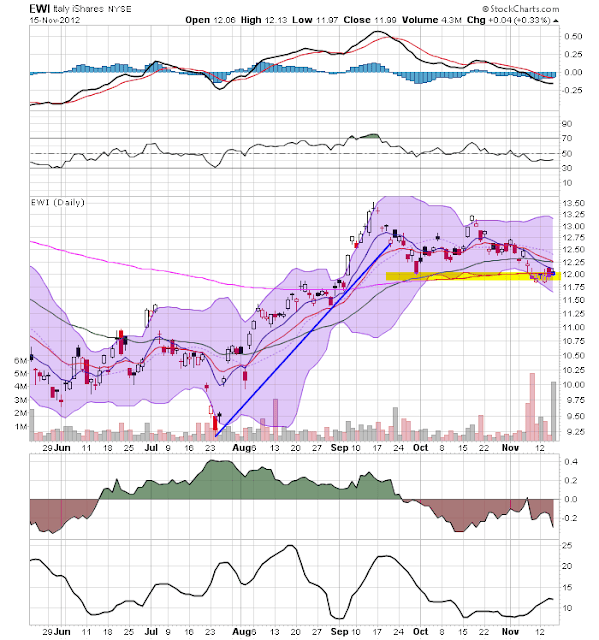 The Italian market rallied sharply during the summer, but is now barely hanging on at the 12 price level, which is also right at the 200 day EMA. 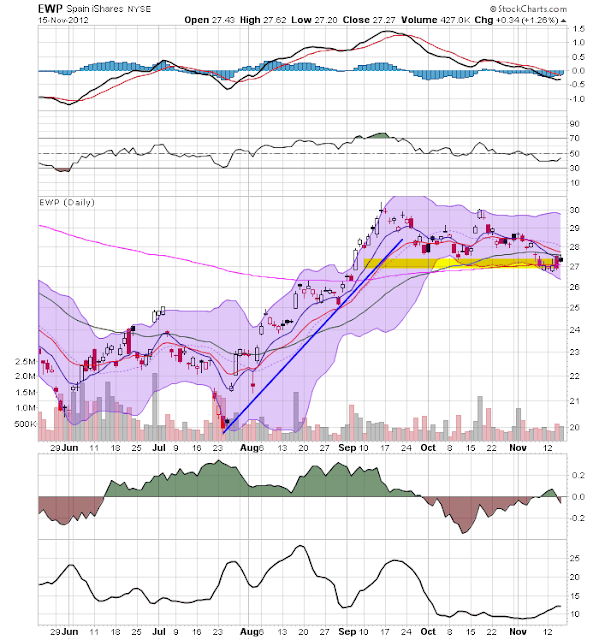 The Spanish ETF is right at the 200 day EMA as well, which is also a technically important price level. 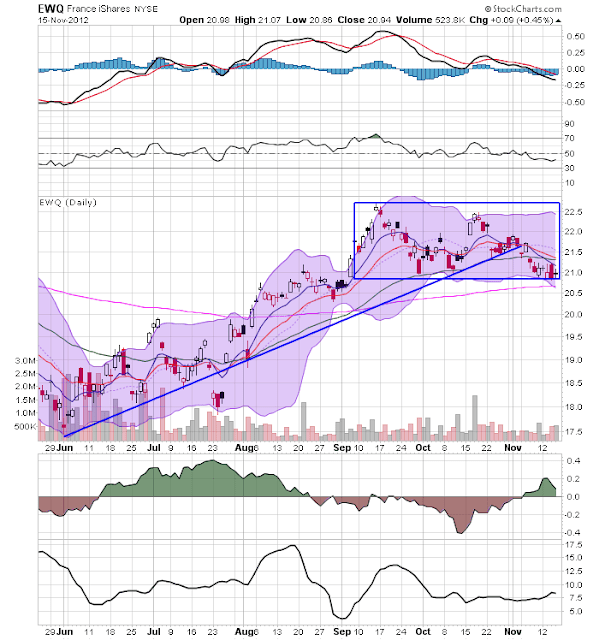 The French market has been consolidating between 21 and 22.5.  Like the other charts, the 200 day EMA is looming large on this chart. 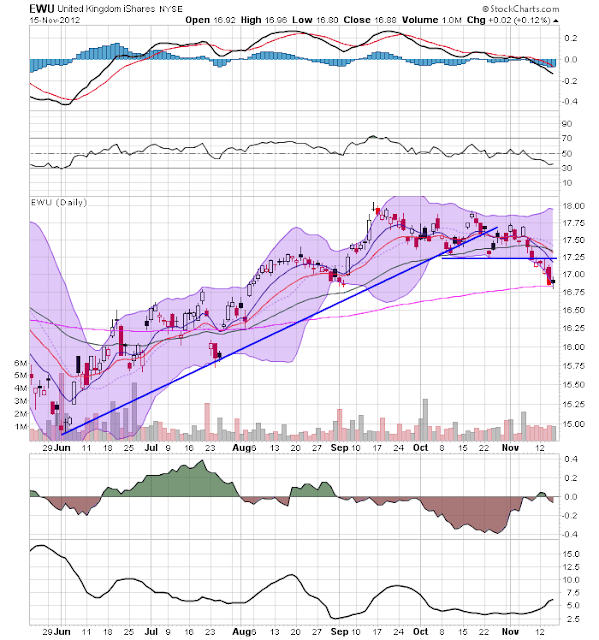 The British market has already broken trend and is resting on the 200 day EMA.  A break here would be a big technical development that would likely start the other averages moving lower.