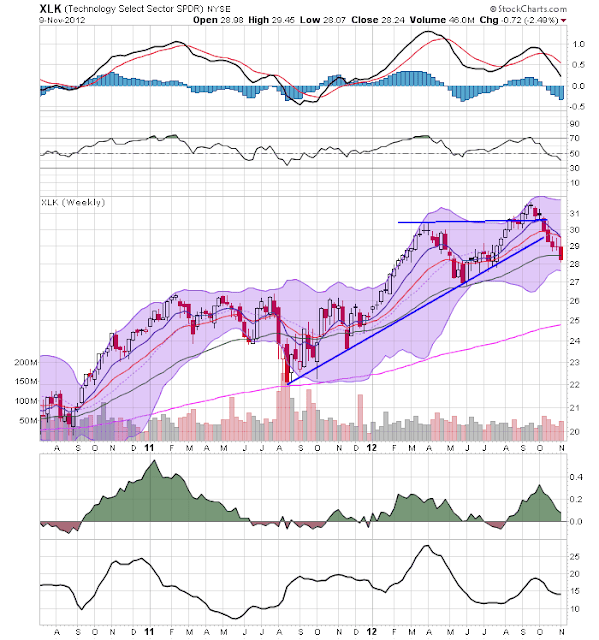 The weekly technology sector has broken a year-long trend line.  It also tried to break out of resistance over the last few months, only to fall back.  The MACD is declining and printed a weaker peak on the break-out and the CMF is declining and nearing 0. 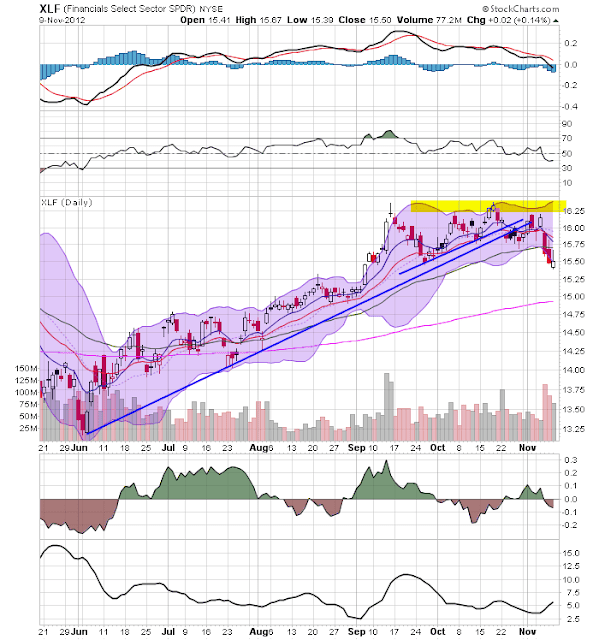 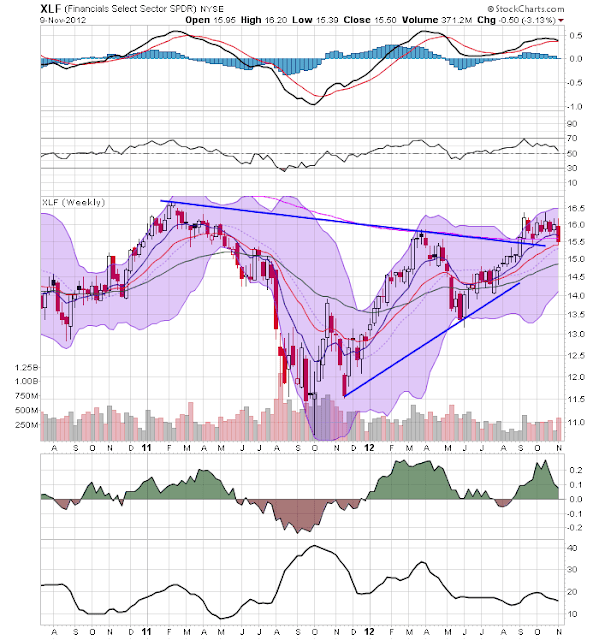 The daily chart of the financial sector (top chart) shows that prices have broken trend.  Prices are now below the 10 and 20 day EMA (which are now both moving lower) as well as the 50 day EMA.  The CMF is weak.  On the weekly chart (bottom chart) notice that after breaking through resistance, prices have failed to rally higher.  In addition, last week sow a large bar printed on strong volume. 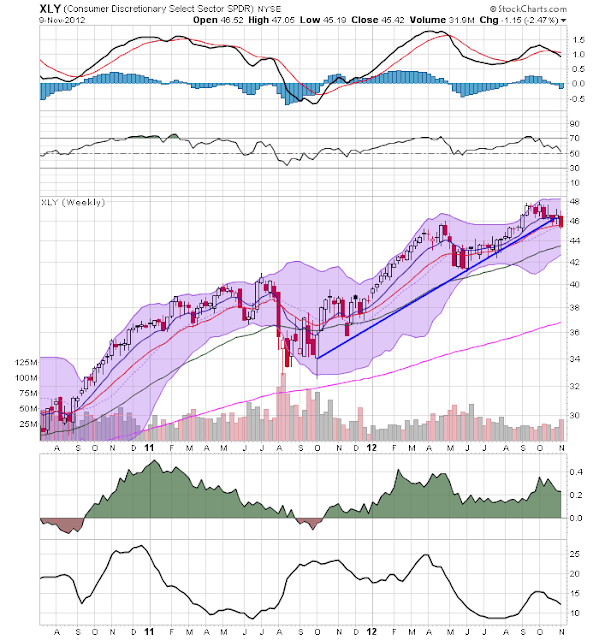 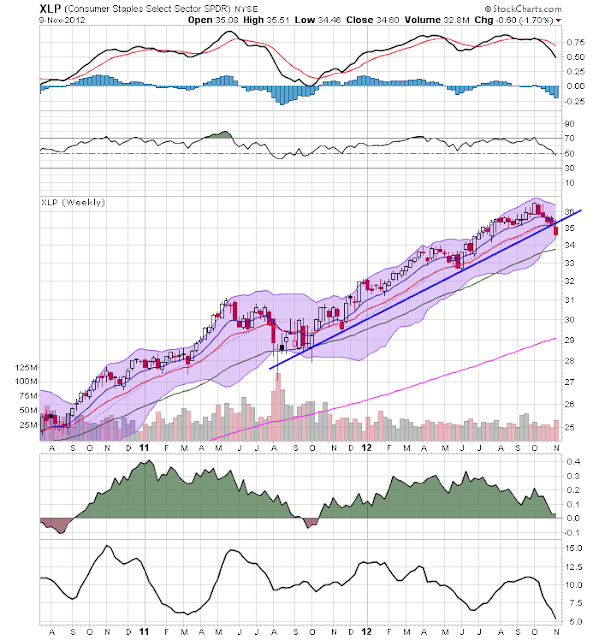 The consumer staples sector's weekly chart is showing prices drop through support as well.  Prices are also below the shorter EMAs with an MACD that has given a sell signal and a weaker CMF. 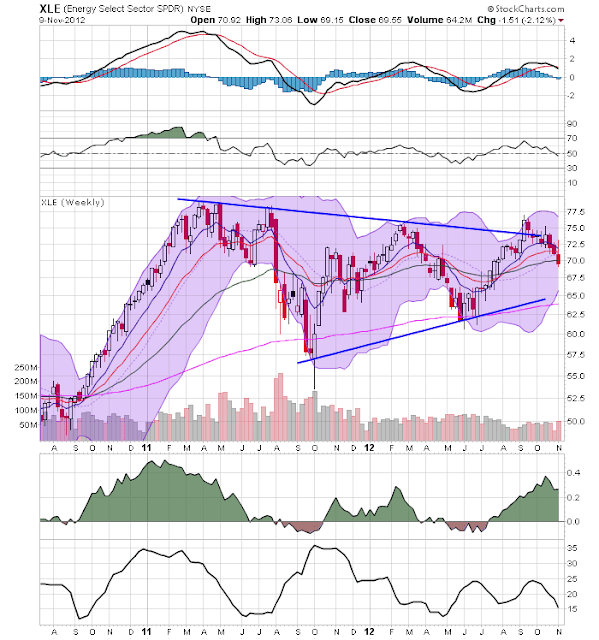 The energy ETF -- which has been consolidating for over a year -- broke through resistance about tow months ago. However, the rally has failed and now prices are back within the pre-existing consolidation range.

The points from all the above charts is that no major market sector is rallying right now.