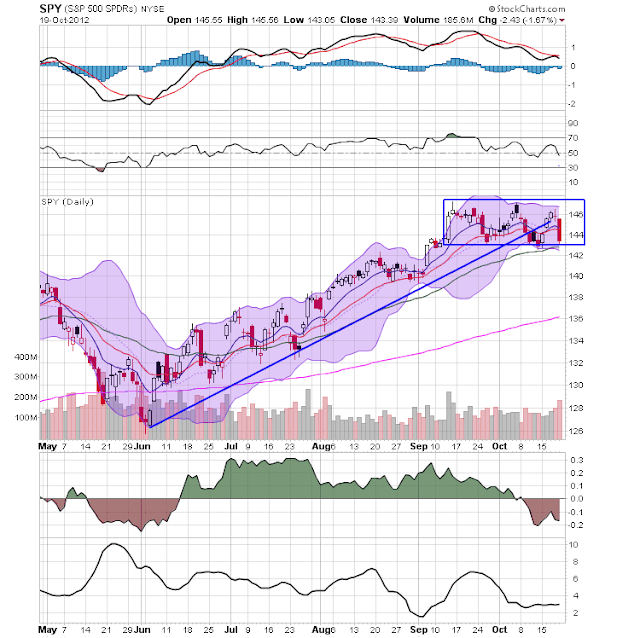 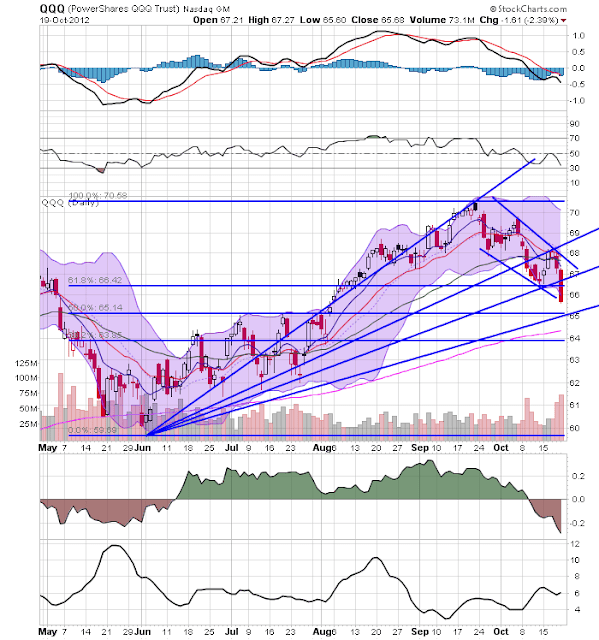 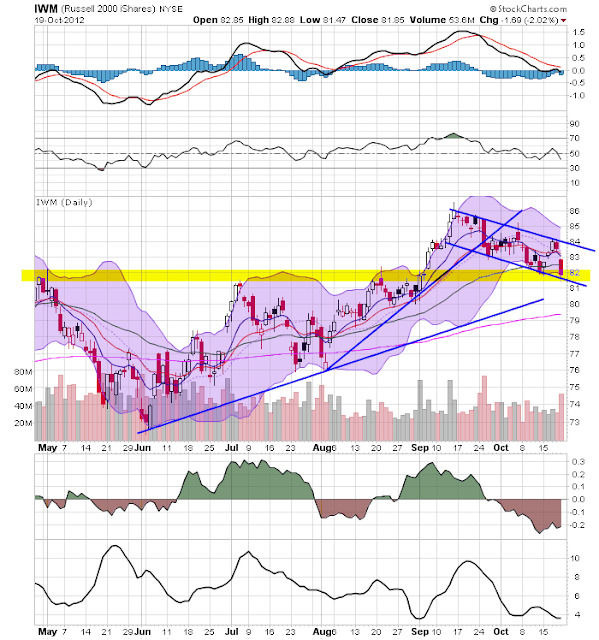 The US markets are in a correction.  The SPYs (top chart) are the last too break trend, but they did so for the first time the week before last and for the second time last week.  The QQQs (middle chart) and IWMs (bottom chart) have been in downward sloping patterns for between 3-4 weeks.  All major averages now have declining MACDs and negative CMF readings, indicating declining momentum and a flight out of the market.  Ultimately, I think the initial stopping point for ths sell-off will be the 200 day EMA of the QQQ or IMF. 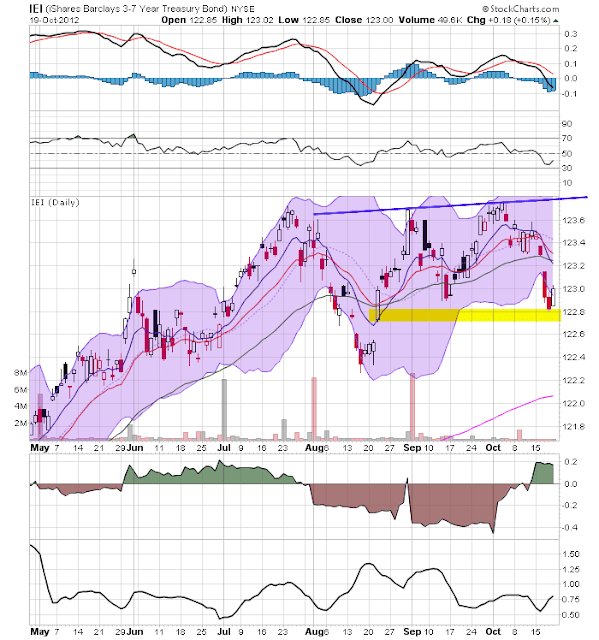 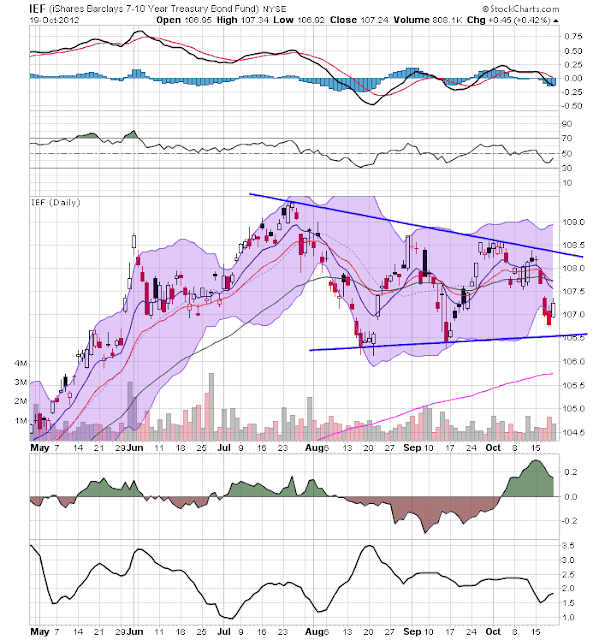 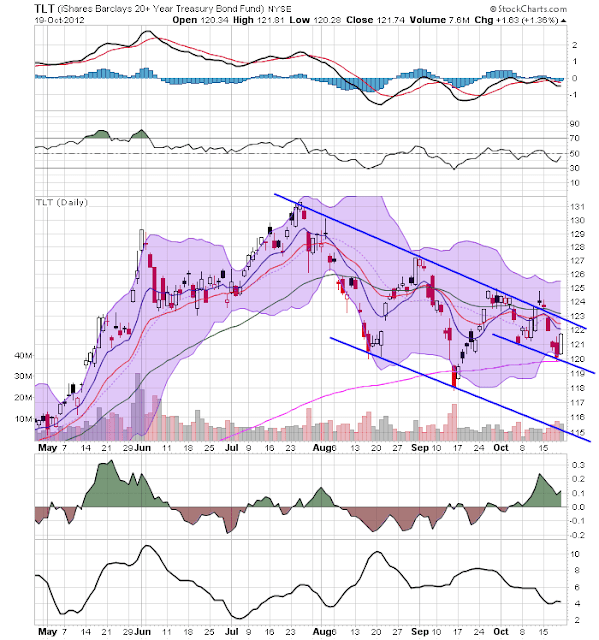 The belly of the treasury curve (3-10 years) is consolidating.  The top two charts show ETFs that are moving sideways (IEIs) or consolidation in a triangle pattern (middle chart).  The longer end of the curve (TLT, bottom chart) is moving lower, but in a disciplined way.

So -- what do these two market tell us?  Stocks are selling off largely because of earnings concerns.  However, we've not seeing a panic selling situation.  Instead, we're seeing traders trim their positions of various holdings.  The treasury market tells us there is still generally a safety bid in the market, but the TLT sell-off tells us that a move out of the treasury market is probably eventually in the works.  But, that move will be over a long-term.