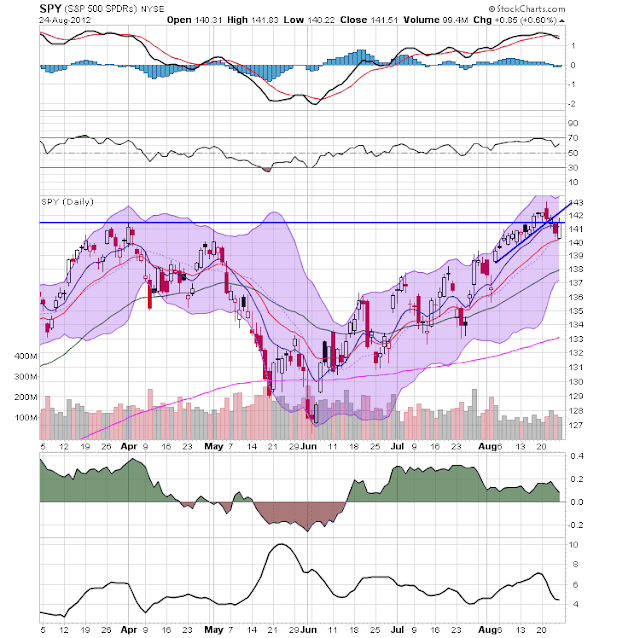 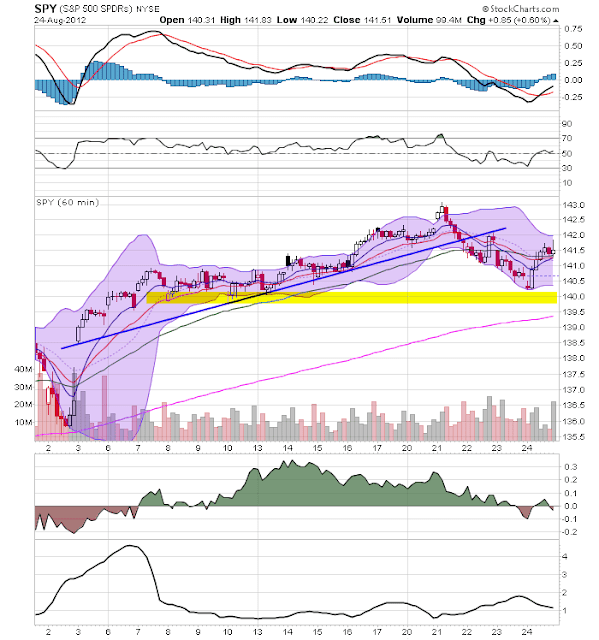 The daily SPY chart (top chart) shows that prices broke an uptrend last week and also moved through support established a little over six months ago.  Prices are now resting on the 20 day EMA.  The 60 day chart (lower chart) shows the trend break and also that prices found support around the 140 level -- a price level developed on the 60 minutes chart between the 7-9 of August.  The MACD on the daily chart has given a sell signal, indicating we are more than likely moving into a period of consolidation. 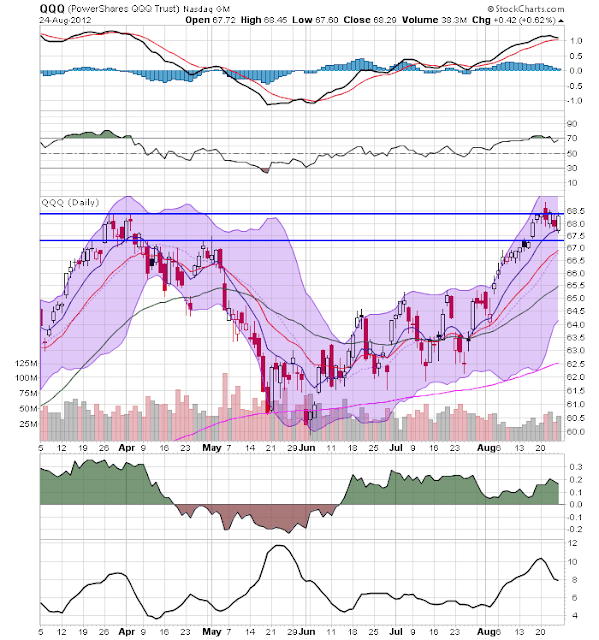 In contrast the QQQs rallied into resistance, broke through a bit and then retreated to the 10 day EMA for technical support. 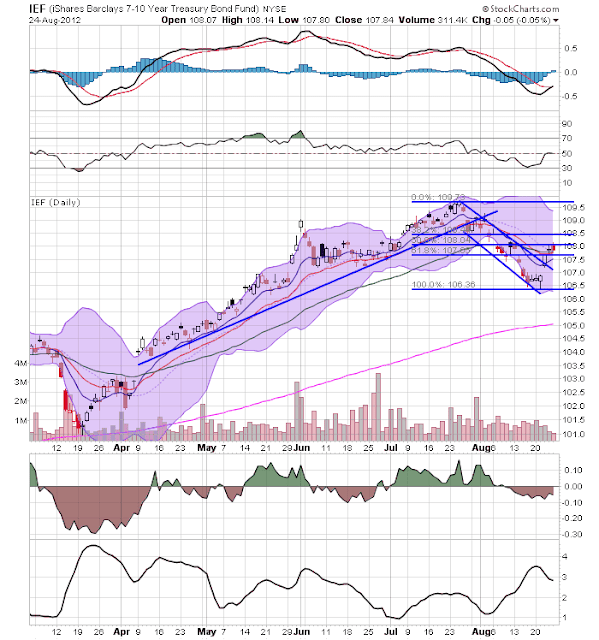 In contrast, the bond market rallied last week, breaking through the upper channel line and rebounding to the 50% Fib level.  However, so far this is a technical bounce.  Note the negative CMF reading and declining volume on the rally.  While the MACD is about to give a buy signal, it is doing so in negative territory, which makes the signal weaker. 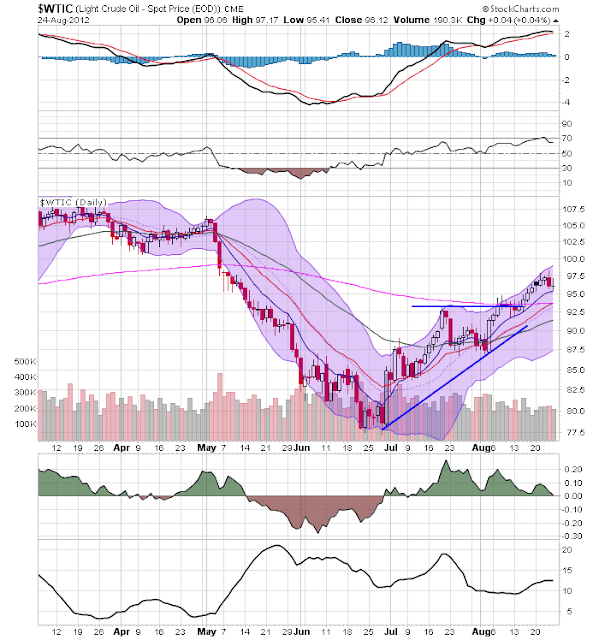 Oil has broken out of its ascending triangle consolidation and moved about the 200 day EMA.  Political events (Iran's nuclear program) and supply issues (read North Sea issues) are driving prices higher right now.   Note that the chart is becoming more bullish -- the shorter EMAs are rising, the 10 day EMA has moved above the 200, the 20 is about to cross and prices are above all the EMAs. 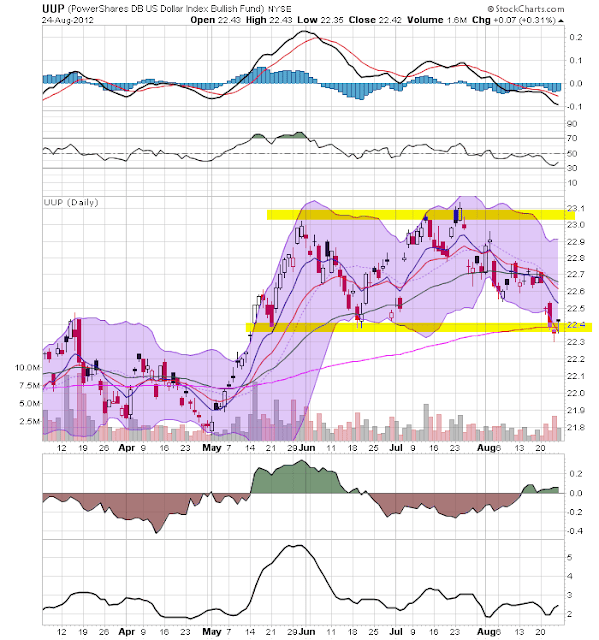 The first big feature of the dollar chart is the declining MACD -- which has been moving lower since the beginning of June.  This corresponds to the time during which prices have been consolidating between the 22.4 and 23.1 level.  Now prices are at the lower end of their recent trading range and using the the 200 day EMA for technical support.  The most important part of this chart is what it signals fundamentally: the dollar has been a safe haven currency for the duration of the EU crisis, so a sell-off would indicate the "risk-on" trade is back.
Posted by Unknown at 6:00:00 AM