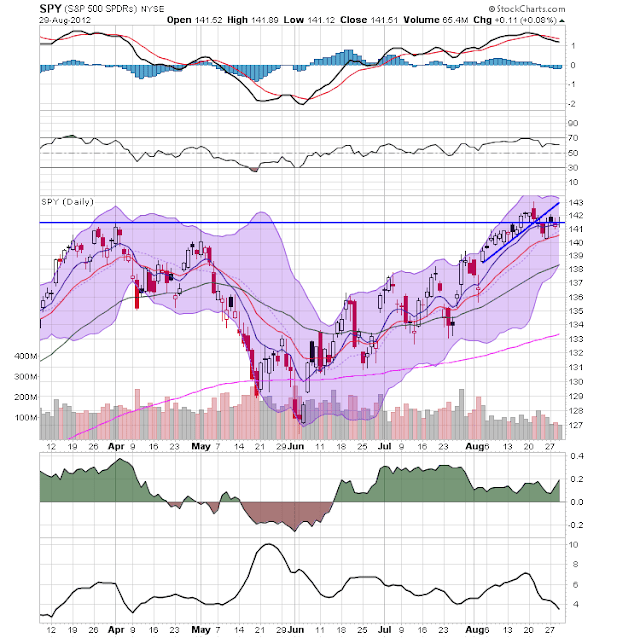 The SPYs have sold off a bit from their recent advance.  However, prices are now consolidating at levels established in late March.  They are also using the 10 and 20 day EMAs for technical support.  Finally, the declining volume over the last three days indicates this is not a big sell-off, but instead a technical pause. 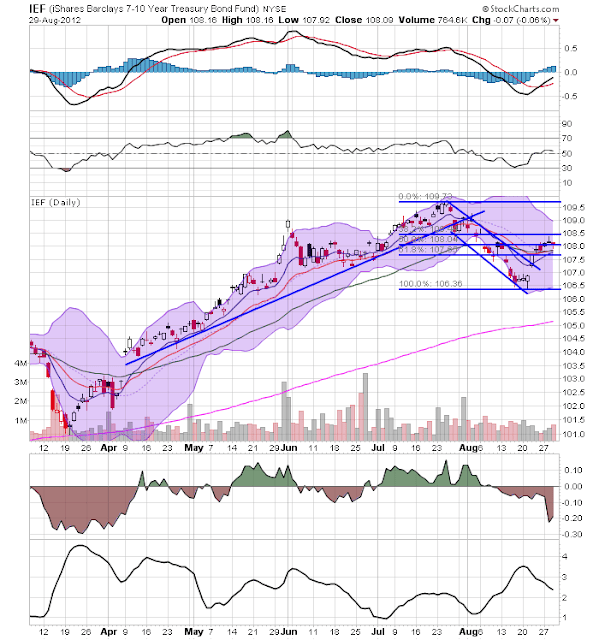 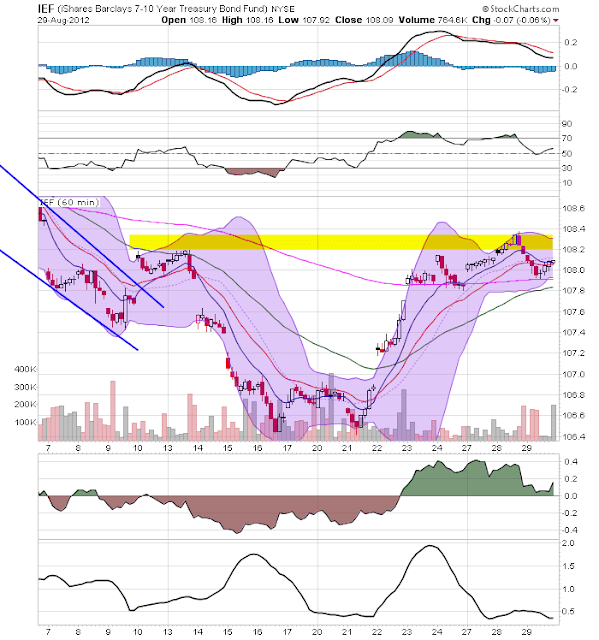 The treasury market market has rebounded from its sell-off.  The top chart shows the IEF daily where prices have rebounded to the 50% Fib level.  However, the last three days worth of candles are weak; the bodies are very narrow and the shadows are thin, indicating the rally has stalled for now.  The lower chart (the sixty minute chart) shows that prices are hitting resistance at levels established in early August. 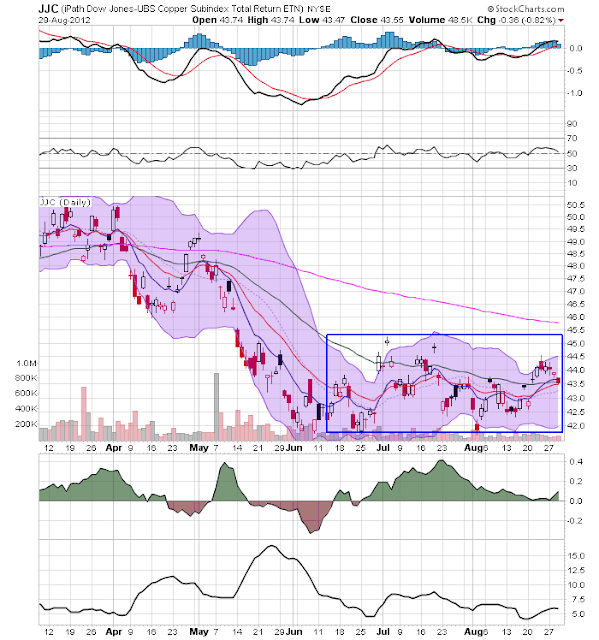 The copper market is still consolidating at low levels, with the ETF trading between 42 and 45 for the last two months. 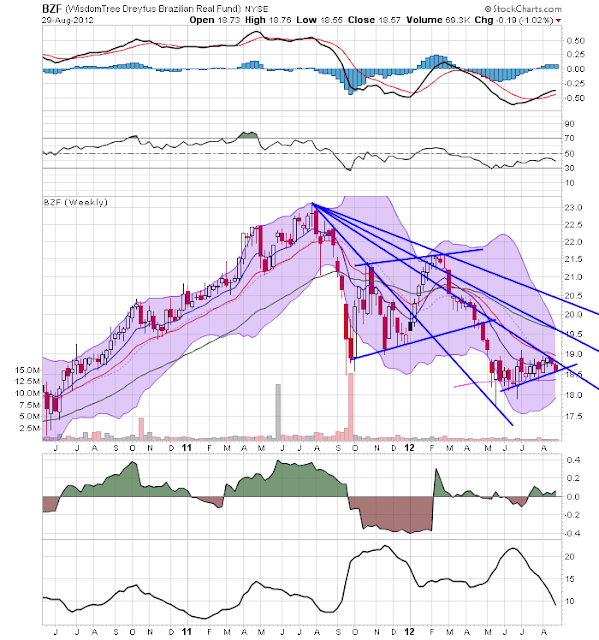 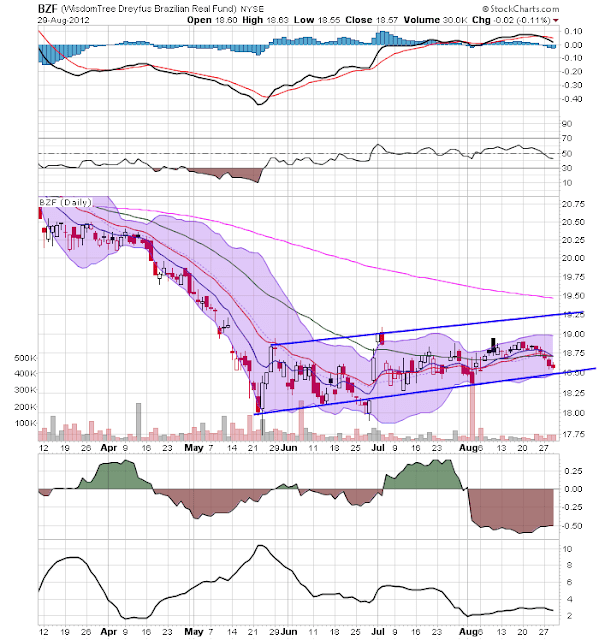 The Real -- which has been selling off in tandem with the weakening of the Brazilian economy -- is also consolidating.  The top chart shows prices are using the 200 week EMA as technical support.  The lower chart (which is daily) shows prices have a slight upward bias.  However, this is really still a consolidating move.
Posted by Unknown at 6:28:00 AM