Let's start with a look at the macro environment.  Stocks are selling off.  Developing markets are in bear markets.  Commodities are dropping, but treasuries are rallying.  This is the classic look of a slowing economy.  Traders are selling stocks because of the degradation in the overall macro environment.  They're selling commodities for the same reason.  Treasuries are rallying on the safe haven bid.  The only good news here is that the yield curve has not inverted.  But, this might not be a good sign -- or, more precisely, this may not be a possibility right now.  In a 0% rate environment, the Fed can't drop interest rates to stimulate demand, so there is no reason to start buying treasuries on the assumption that you're getting the best safe yield for the foreseeable future. 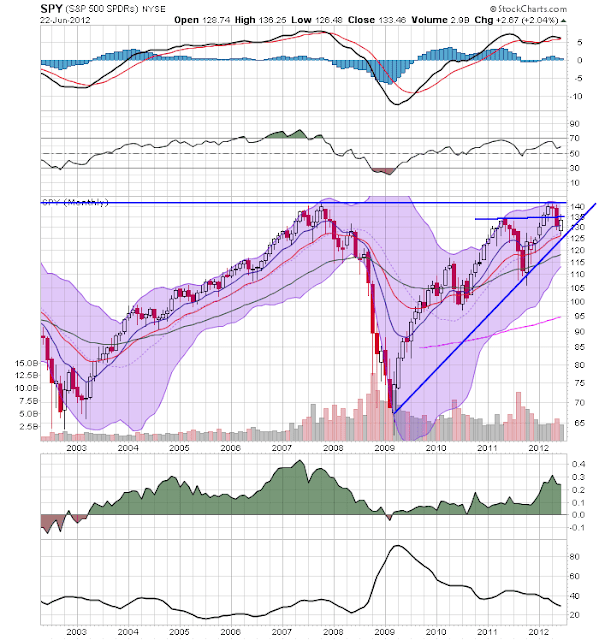 The monthly SPY chart shows that prices are still in the rally started in the beginning of 2009.  The volume indicators are positive, and relative strength is fair.  The overall EMA picture is fair; the shorter EMAs are above the longer and all are rising.  Ideally, we'd like to see a somewhat sharper angle.  However, the MACD is concerning, as is the fact that prices hit resistance at 2008 highs, only to move lower. 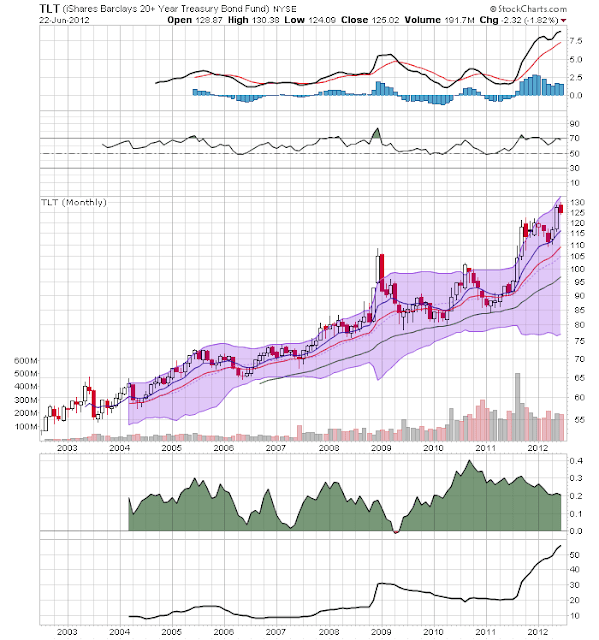 Note that the long end of the treasury curve is still in the middle of a multi-year rally.  Most importantly, note the two recent rallies; the first at the end of the summer/beginning of the fall in 2011 and the recent move higher.  Both of these occurred about two years into the expansion -- at a time when money should have been going into equities and commodities. 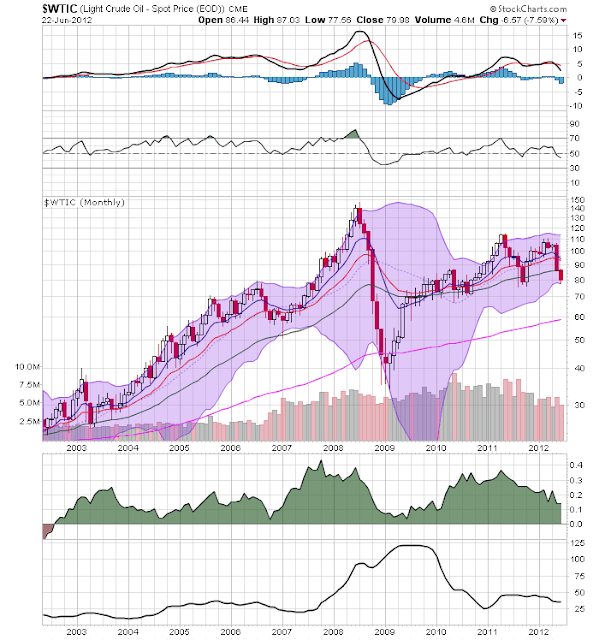 Oil hasn't hit the highs of 2008, but has hit two successive "mini-highs" over the last two years.  These spikes occurred right before two periods of economic weakness.  However, notice that over the last two months, oil prices have decreased. sending prices below the 10, 20 and 50 week EMA.
Posted by Unknown at 6:00:00 AM