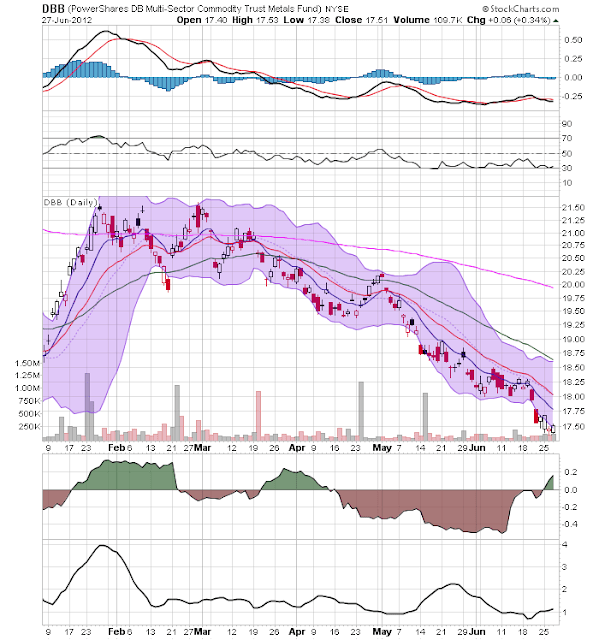 The industrial metals ETF has been dropping since the beginning of March, falling from a level of 21.5 to 17.5 -- a drop of nearly 18.6%.  Also note that no price level seems to be providing any technical support and that the EMAs are using resistance rather than support.  Momentum is weak and negative and the relative prices are weak as well. 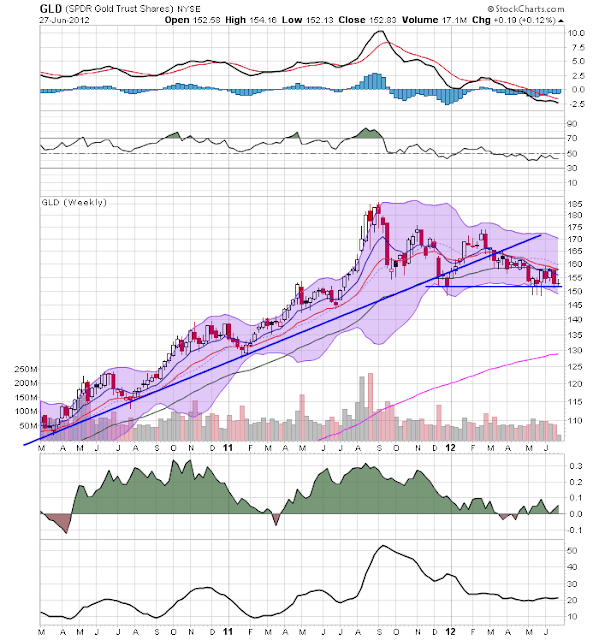 The weekly gold chart is still holding at the 150/155 level. 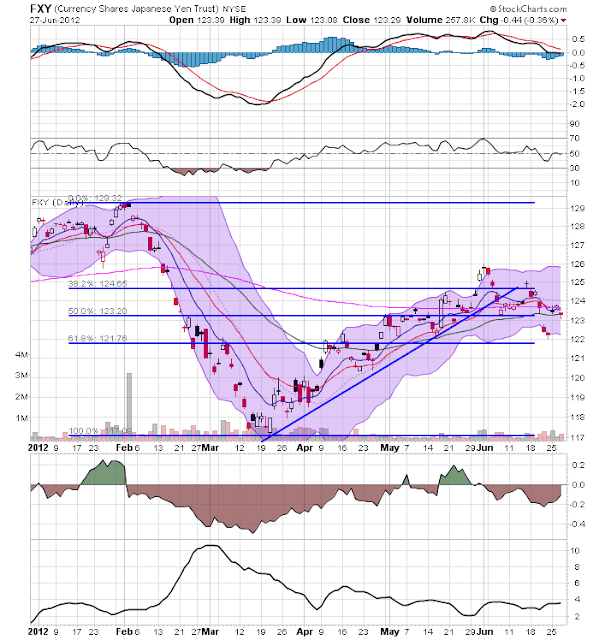 The yen was in an upward sloping rally from mid-March to early June.  However, prices have since broken the trend and are now moving sideways.  Pay particular attention to the EMAs; they are tightly bunched and all inter-twined around the 200 day EMA.  The underlying technicals tell as that  a move lower is more likely -- the MACD has given a sell signal and is moving lower while the CMF shows money leaving the market. 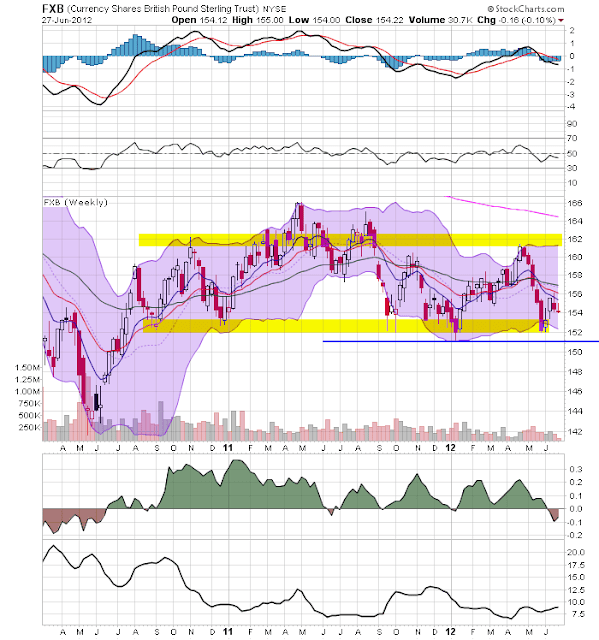 The pound is still trading between the 152 and 162 level.  However, note the MACD and CMF both indicate that a move lower over the longer term is more likely.  The real key to this chart is the152 price level; should that break, prices have a long way to go.
Posted by Unknown at 6:24:00 AM