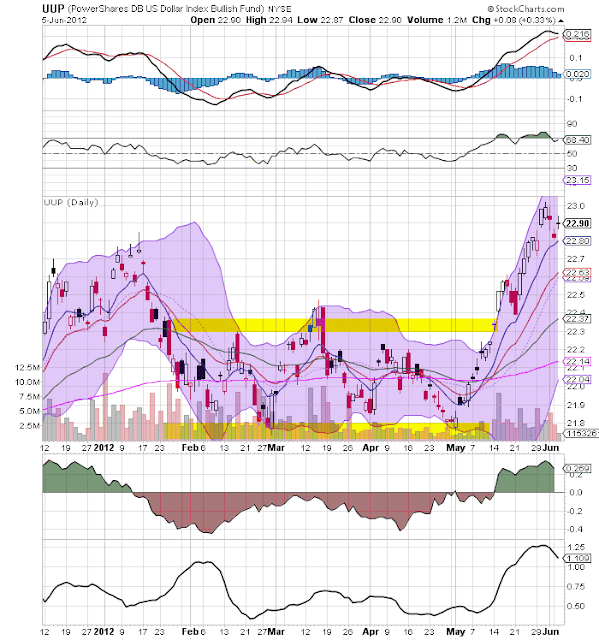 The dollar continues to rally.  After breaking through resistance around the 22.4 level, it has continued higher to the 23 handle before consolidating.  The MACD is close to giving a sell signal and the RSI is pegged, telling us that, at minimum, a consolidation may be in order. 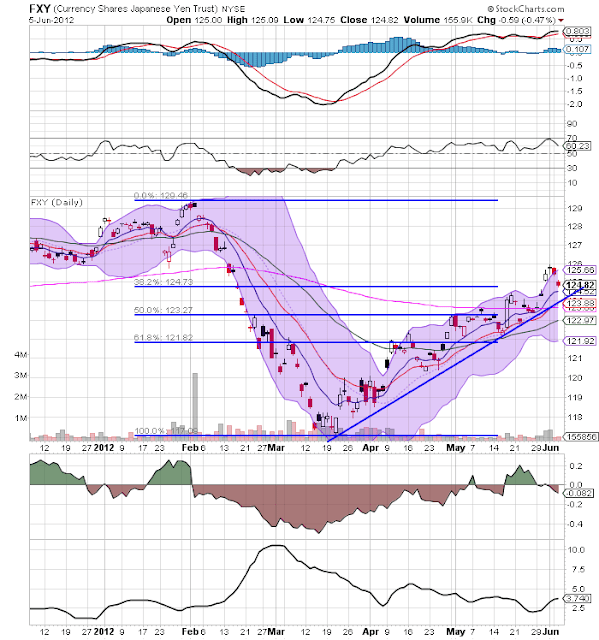 The yen has also continued the rally it started in mid-March, essentially catching a safety bid as the EU mess took center state.  Prices have now moved through the 38.2% Fib level of the February to mid-March sell-off.  Prices are now above the 200 day EMA as well, although the MACD and RSI are getting a bit long in the tooth. 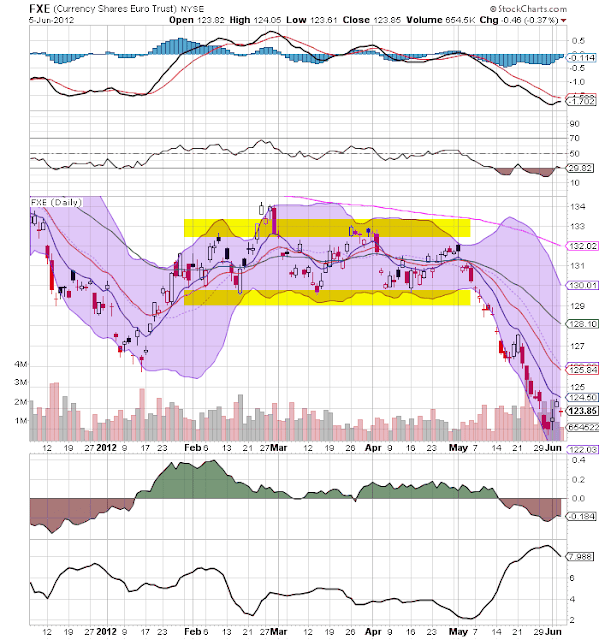 The euro chart is the mirror image of the dollar chart.  After moving through support at the 129.5-130 level, prices have continued lower to their current 123.85 price.  A move below the 122 level would be an indication that prices have more room to move lower.

Key to both the dollar and euro charts is the downward shift in the Bollinger Band widths, telling us that volatility is starting drop a bit.  Given the distance we've seen prices move, consolidation at the current level wouldn't be a surprise. 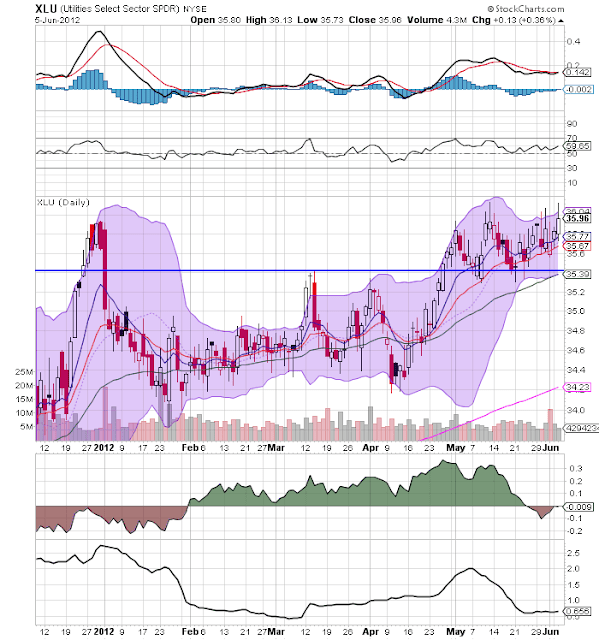 Utilities are consolidating above the mid-March highs, just below the end of the year price spike.  But the underlying technicals are weakening; the CMF is negative and the MACD is meandering. 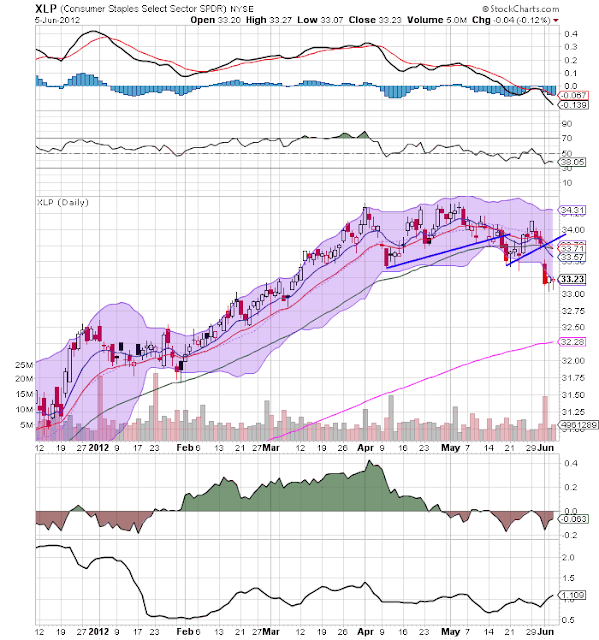 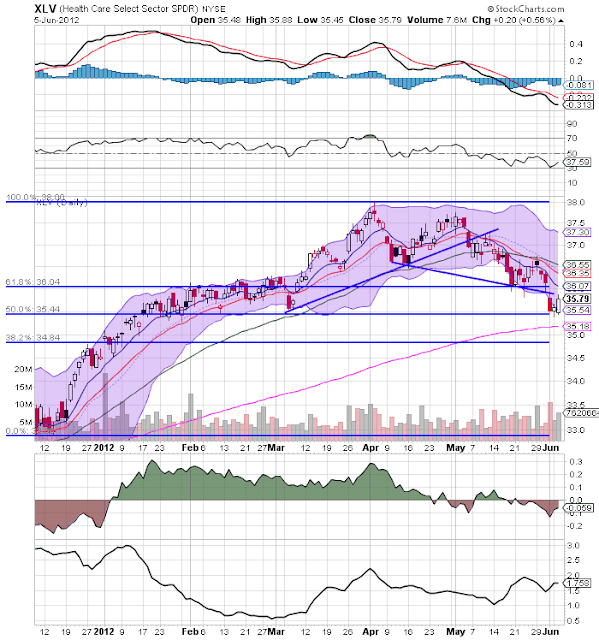 Both the consumer staples sector and the health care sector are dropping.  Both have declining momentum and negative volume inflow.  The big gap down for both three days ago is also troubling; these sectors should be a bit safer from these types of gyrations.