Actually, the Economy Isn't As Bad As The Employment Report Indicates 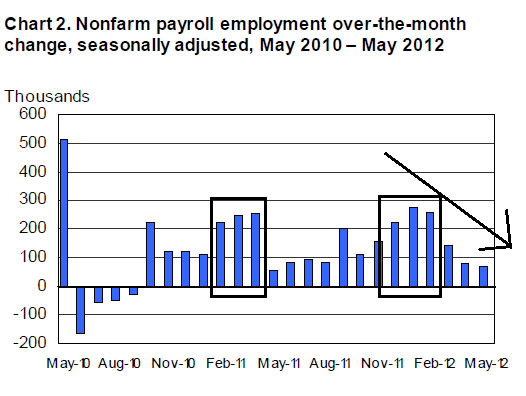 The above graphic -- which I posted on Friday -- is very concerning as it shows two negative developments.  First, we're repeating the exact same pattern this year as last year -- Europe sneezes and we catch a cold.  Second, we now have four months of declining jobs data, which includes downward revisions to the previous months.  This is the exact pattern you'd expect before a recession.  So, let's look at the underlying data to see if that is confirmed, starting with the leading indicators:

Says Ataman Ozyildirim, economist at The Conference Board: “The LEI declined slightly in April. Falling housing permits, rising initial claims for unemployment insurance and subdued consumer expectations offset small gains in the remaining components. The LEI’s six-month growth rate fell slightly, but remains in expansionary territory and well above its growth at the end of 2011. The CEI, a measure of current economic conditions, has also increased for five consecutive months.”

Says Ken Goldstein, economist at The Conference Board: “The indicators reflect an economy that’s still struggling to gain momentum. Growth is slow, but choppy, and consumers, executives and investors are looking for more progress.”

That is a pretty apt description of the economy -- one that is trying to "gain momentum."  Here's a graph of the latest data:

As reported in the release:

While it's not a great looking picture, it's not one that points to a serious contraction, either. 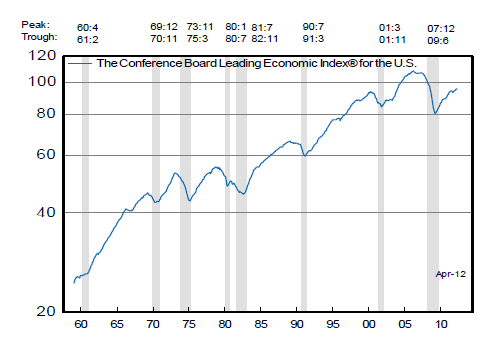 The overall direction of the LEIs is still positive. 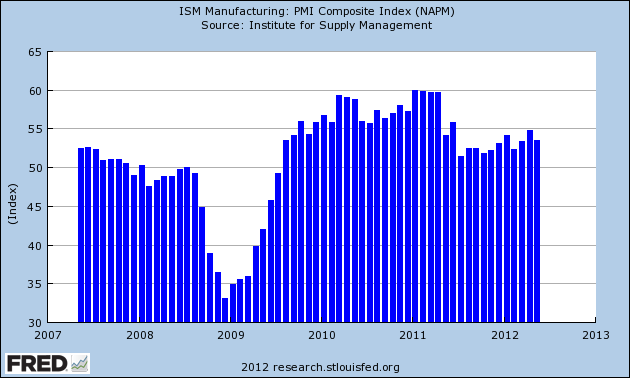 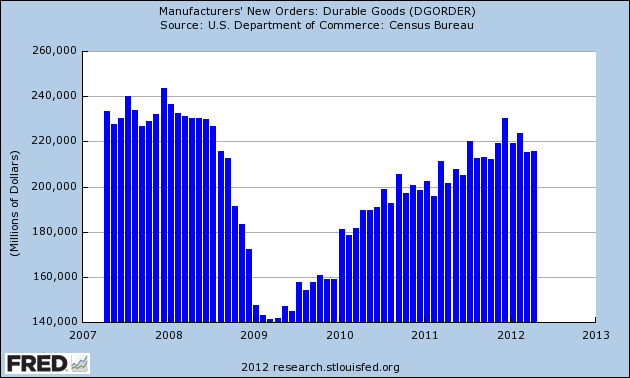 New orders for durable goods are a problem spot, they've essentially leveled off over the last 7 months.  This would explain the above referenced manufacturing readings just above 0, showing some growth, but not "barn burning" growth. 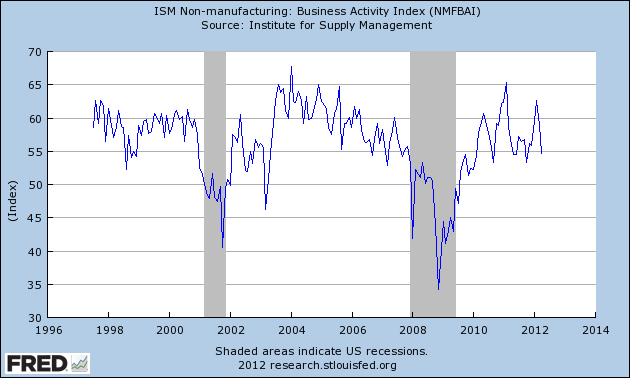 The latest ISM services index (a new one will be released on Tuesday) is still positive.  The latest report had the following anecdotal information:
The above are less positive than the manufacturing comments, but still good.  They show a sector that is growing, albeit slowly.

Let's turn out attention to the consumer: 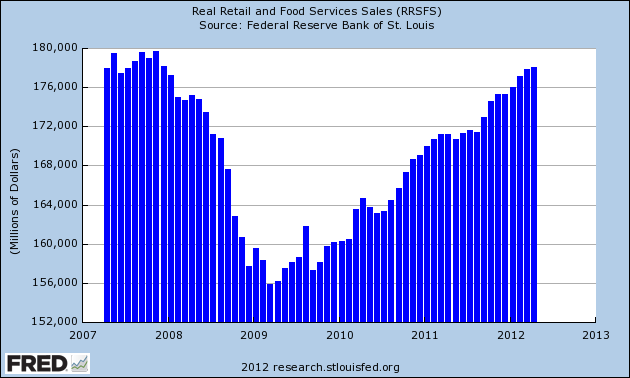 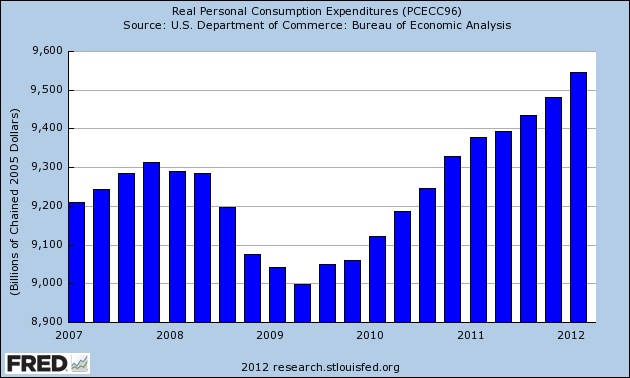 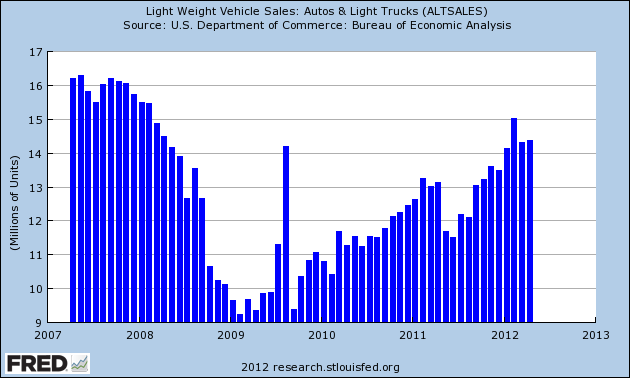 Real retail sales are also still in an uptrend and increasing.  In fact, they are now at levels seen of the height of the last expansion.  In addition, real PCEs are also rising -- and are still in an uptrend.  I have noted previously that this is primarily due to durable purchases, but that is also a good sign.  People don't buy durables unless they have at least some confidence that the economy will grow or that their fortunes will at least stay the same.  The last chart of auto sales shows that this area of the economy is actually doing pretty well, too.

And then, there is this: 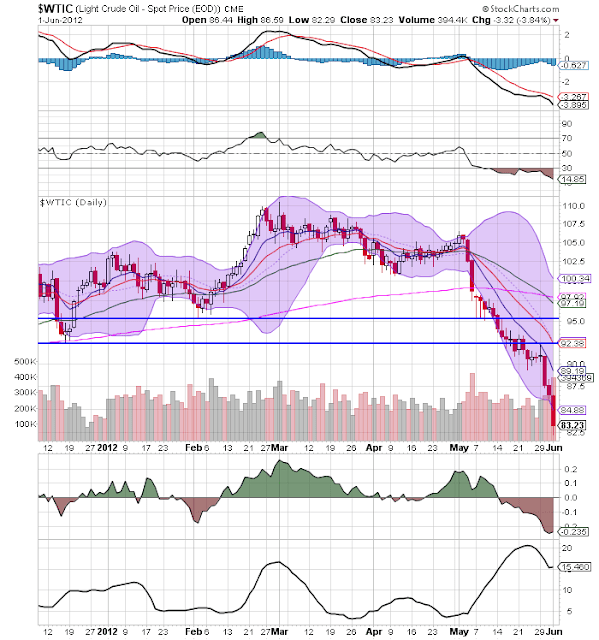 Oil is now 83/bbl.  While this latest move represents traders placing very negative bets on the economic outlook, it also frees up money for other purchases.  As NDD would say, the oil choke collar is loosening.

The underlying picture of the economy is one that is muddling through.  With the exception of the employment sector, all indicators are positive, but just barely so.  With employment, there are two issues.  The first is the EU situation: why hire a bunch of people when one of the largest economic blocks might start to break apart causing a banking and currency panic?  The second is lack of demand.  While the US consumer is still spending, he's doing so at a restrained pace.